All-rounder Shakib Al Hasan is all set to lead Bangladesh in the upcoming T20 Asia Cup after he settled down a matter with the Bangladesh Cricket Board over Betwinner News on Thursday.

A BCB official involved with the development of the national team confirmed to The Daily Sun that he is the front runner to lead the side unless Shakib decides otherwise.

“I think he is the front runner to lead the squad in the Asia Cup but he needs to agree first,” said the official. 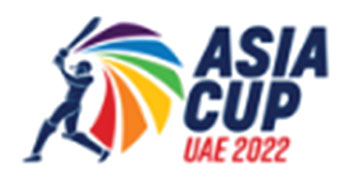 “What we understand is that he is ready to lead the T20I squad. As he is all set to cancel the deal, he is likely to be the captain,” he added.

Shakib, who is currently the Test skipper, decided to cancel his deal with Betwinner News after he received an ultimatum from the top board official and the decision paved his way otherwise if that was not the case, his international career would have been at risk.

The BCB was contemplating cutting all ties with Shakib if he continued his deal with Betwinner News considering it was putting the board into embarrassment as they are not ready to accept any of them involving betting and gambling.

The Daily Sun learnt that Mahmudullah was approached by the board to lead the T20 side as there was uncertainty over the availability of Shakib due to his deal with Betwinner News but the former T20 skipper declined to lead the team anymore.

Meanwhile, BCB President Nazmul Hassan Papon told reporters on Thursday that they are thinking of appointing a captain for a long period of time instead of giving the responsibility on a short-term basis.

“We want to give captaincy on a long-term basis. We have the World Cup in the coming days and let’s see how the team shapes up. If we think we want to give the captaincy to someone and he does not make it to the playing XI then what is the point in giving him captaincy,” he said.

“We want to fix the team and that is the reason we are taking our time,” said Nazmul, adding that they wouldn’t get the service of Liton Das, Yasir Ali and Nurul Hasan Sohan in the upcoming Asia Cup due to their respective injuries.

“We don’t have any pressure (regarding the T20 captain). I have earlier said that Riyad (Mahmudullah) is on the list (as captain). Riyad, and Shakib are there while there are also Liton Das, and Sohan (Nurul).

“We appointed Mosaddek for one game recently so we are not worried about it (captaincy). We have to have a clear mind and there is no point in taking a decision due to pressure.

“It’s bad luck if our good players can’t play due to injury. But this is part of the game and we have to accept it,” he added.