Gopalganj: A court here on Wednesday sentenced three people to life imprisonment for killing a man at Muksudpur upazila in 2016.

The convicts are Haider Mollah, 61, Younus Mollah, 34, and Hitler Mollah, 31, residents of Chaocha village in the upazila.

The court also awarded Akhtar Mollah one year and Sagor Mollah six months of jail acquitting 11 accused in the case.

According to the prosecution, the convicts attacked Abdul Wadut Khan centering on fishing in a disputed pond on July 8 in 2016 and took away all fishes, leaving Wadut critically injured. He died while undergoing treatment at Muksudpur Upazila Health Complex.

A case was filed by the victim’s son Alim Khan with Muksudpur Police Station accusing 16 people.

Dipok Kumar Sikder, investigation officer of the police station, submitted a charge-sheet against the accused to the court on March 21, 2017. 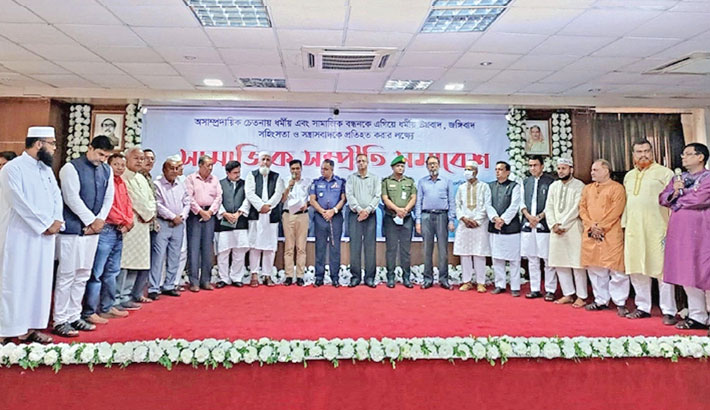 Durga Puja to be celebrated on limited scale this year