The holy Ashura, commemorating the martyrdom of Hazrat Imam Hussain (RA), a grandson of Prophet Hazrat Muhammad (PBUH), will be observed across the country today with due religious fervour and solemnity.

Today is the 10th day of the month of Muharram in the Hijri calendar. Muslims

across the world recall the sacrifice of Hazrat Imam Hussain (RA), along with his family members and 72 followers, who embraced martyrdom in 680 AD for establishing truth and justice in the fight with soldiers of Yazid on Karbala Maidan in Iraq.

President Abdul Hamid and Prime Minister Sheikh Hasina on Monday issued separate messages on the eve of the holy Ashura, paying deep respect to Hazrat Imam Hussain (RA) and other martyrs of Karbala.

The president hoped that the lesson of Ashura would act as a source of inspiration for all to spread the light of truth and beauty in society along with establishing social and religious values.

The prime minister, in her message, said the sacrifice of Hazrat Imam Hossain (RA) and his companions to establish truth and justice in society is a glaring and emulating example for the Muslim Ummah across the world.

The religious affairs ministry has urged all to perform all religious rituals on the occasion of Ashura maintaining health protocols amid the coronavirus pandemic.

Security measures have been taken around Imambara Hussaini Dalan to ensure a smooth observance of Ashura. Besides, all the city roads the Tazia procession would parade across would remain under tight security.

Like in previous years, nobody carrying bags, sharp weapons or flammable objects will be allowed to enter the venues of Holy Ashura programmes.

City residents have been asked to refrain from lighting firecrackers on the day.

Bangladesh Betar, Bangladesh Television, and private TV channels have been airing special programmes highlighting the significance of the day. 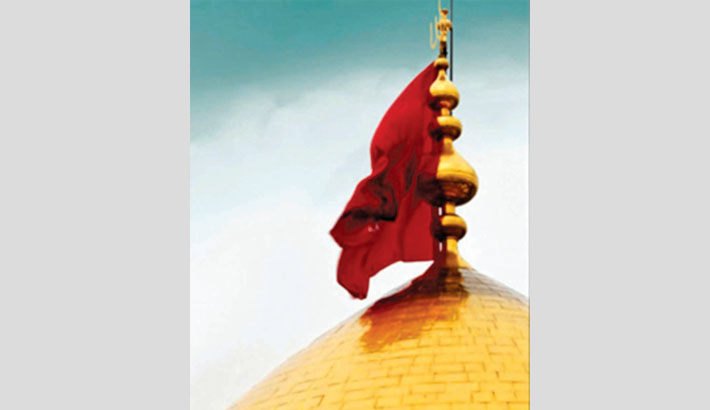 10 fingerprints to be required to vote: EC