The World Population Day was observed on July 11. When the world population crossed 500 crores on July 11 1987, the necessity of making people aware about the growing population was keenly felt. Later in 1989, aiming to draw attention, the UNDP Governance Council decided to observe the World Population Day every year on July 11. Consequently from 1990, the countries which are under the UN umbrella have been observing the day by chalking out various programmes. Above all, the aim of the World Population Day is to raise awareness on population-related issues like family planning, gender equality, poverty eradication, maternal health and human rights. According to World Bank Population Report-2021, the global population will be 10 billion by 2050, while the world population reached 7.7 billion in 2019 and it will reach 8.5 billion by 2030. In 2027, India will be the most populous country by surpassing China, the current highest populous country of the world. It was mentioned at the report that half of the increased population of 2050 will live in underdeveloped and developing countries like India, Nigeria, Pakistan, the Democratic Republic of Congo, Ethiopia, Tanzania and Indonesia. From 1804 to 1930, the world population reached two billions, but it marked by over three fold increment in past 90 years and reached 7.87 billion in 2022.  Because of coronavirus, the World Population Day was not observed in 2020 although it was observed in 2021 whose theme was “Odhiker O Pachhondoi Mul Kotha: Projonon Swastho O Odhiker Pradhanno Pele Kangkhito Janmo Hare Samadhan Mele” (rights and choice are main points: solution to population problem comes if reproduction health and rights get priority). Since 1990, Bangladesh is observing the day in a befitting manner along with 90 countries of the world. The reason is that unskilled and illiterate population were blamed creating a barrier to Bangladesh’s progress.

Bangladesh took birth with limited resources and a challenge of a huge population that lived below poverty line. In the war-ravaged country, 88 percent of seven and a half crore people lived below poverty line and more than 50 percent people lived below extreme poverty level. While formulating the country’s First Five-Year Plan, Father of the Nation Bangabandhu Sheikh Mujibur Rahman gave priority to population control and turning population into resources. The Father of the Nation’s concern for population control proves that it is one of our main challenges. Later, 51 years passed. Surmounting various obstacles, Bangladesh has achieved success socio-economically. Proper population management played a major role in the success. According to information of the Bangladesh Bureau of Statistics (BBS), the country’s population was 16.91 crore in 2021. The rate of population rise was 1.3 percent which was 4.7 percent in 1971. The average lifespan was 72.8 years which was 47 years in 1971. Child mortality rate decreased at 1.65. Around 63.9 percent people used birth control measures which was merely 9 percent during post-independence period. Literacy rate among boys and girls above seven years was 75.6 percent which was 16.8 percent in 1971. As per information of the BBS, the country marked progress in population control. Bangladesh straightaway attained success in lowering child and maternal mortality rate and increasing the average life span by bringing the country’s entire population under the purview of healthcare service, sanitation and family planning, and by strengthening inoculation programme.

According to the latest information of World Population Clock (July 1, 2022), the world population stands at 787 crore 59 lakh 26 thousand. The world population is increasing following the birth of a child in every 0.40 second. One-fourth of the rising global population, meaning 200 crore people, have no access to safe drinking water, while half of the population are unable to ensure proper sanitation. Every year, around 15 lakh people die globally in diarrhoea-related diseases. Presently, daily earning of the world’s 10 percent people is below US 2 dollars which points to the fact of their extreme poverty. The earnings of wealthy people are on gradual rise, while the resources of low-income people are on the wane. Although, millions of tonnes of foodgrains are wasted in Europe and the US, yet 35-crore people of African countries are at the doorstep of famine and scrambling for food. The reason behind such scenario is the global population growth is 1.1 percent, but it is 4.5 percent in underdeveloped Liberia. The top eight countries having highest population growth rate are from undeveloped African nations. To get rid of the dismal situation, each year the World Population Day is observed.

Although Bangladesh had lagged behind in health, education and social safety sectors for a few decades after independence, it achieved tremendous success in the last one and a half decades. From 2000 to 2015, Bangladesh became a role model for attaining MDG goals by controlling child and maternal mortality. Although, it was earmarked to bring down the national poverty rate below 29 percent, Bangladesh fulfilled the target before the deadline, 2015. Planning Minister M A Mannan informed the ECNEC meeting held on November 23, 2021 that the current rate of poverty reduction is 20.5 percent. According to the National Health Policy 2011, the child mortality rate has been brought down to 28, although it was earmarked to bring down to 15 from 54 in every one thousand population. Besides, a tough challenge was met by including 99 percent students under fold of primary education. Because of her major contributions towards eradicating hunger and poverty, the UN handed over the ‘South South Award’ to Prime Minister Sheikh Hasina in 2013. Not only that, the PM also achieved the ‘Planet 50-50’ and the ‘Agent of Change Award’ from the UN in 2016 in recognition to her immense contributions towards gender equality, women’s empowerment and socio-economic development. Entire population of the country celebrated the achievements thinking it as a reflection of the country’s development.

The UN has set 17 SDG targets to be attained by 2030. Among them, Bangladesh achieved satisfactory progress in poverty eradication. Bangladesh is on top of South Asian countries in achieving gender equity. Bangladesh has undertaken 145 social protection programmes to attain the goal. In the meantime, Bangladesh has attained self-sufficiency in food production in 2013 and ensured safe drinking water for 98.5 percent people in 2021. Community clinic, the brainchild of Prime Minister Sheikh Hasina to improve child and maternal health, has already been recognised as an inclusive healthcare service. During first tenure of Awami League government, 13,881 community clinics were established where on an average 35 people avail of healthcare service. They are being provided with at least 27 kinds of medicine for free. At the grassroots level, these clinics have revolutionised the health sector.

On the World Population Day, the desire to turn population into an asset has been reflected to a great extent. Bangladesh is the eighth largest populous country. People aged 15-64 (almost 64 percent) are active population. As per version of the UNFPA and UNDP, it is termed as demographic dividend. Utilising the demographic dividend, countries like China, Japan, Taiwan, Indonesia and Argentina have stepped forward to development. The condition of demographic dividend lasts for 50 years. As to why, next two or three decade is very much important for Bangladesh. The reason is that during the period the fruits of demographic dividend will be yielded. The government of Bangladesh has undertaken a scheme of setting up 100 special economic zones across the country to create more employments by utilising labour of increased population. On completion of ongoing megaprojects, over eight-crore people will directly and indirectly be able to play their role in the country’s economic growth. Presently, 40 lakh workers are engaged in garments industry. Of them, 65 percent are women. Because of them, Bangladesh is now the second largest apparel exporting country. As per information of the Export Promotion Bureau, in the 2021-22 fiscal year, Bangladesh exported garments products worth 52 billion US dollars.

Bangladesh is the sixth among the most affected countries by climate change. Around four crore people of coastal areas will be victimised by 2050 because of climate change. According to information of the Centre for Research Information (CRI), more than 200 crore of people of the world will directly be impacted by climate change. It is presumed that on an average, the world temperature will increase by 1.5 degree Celsius by the end of 2030. The lives of people might be in danger due to frequent storms, floods, tidal surge and drought. In 2050, the countries will have to struggle to feed 10 billions of hungry population. So, on the Population Day, we shall have to think anew about climate refugees. Prime Minister Sheikh Hasina’s poverty eradication model has been acclaimed all over the globe. Over 5 lakh landless people were rehabilitated by providing houses to them under Ashrayan project. Besides, the brave and bold initiatives like Bangabandhu Model Village, Amar Gram Amar Shahor (my village, my town) turned into a role model of Bangladesh in the field of education, health and poverty eradication.

Success in reproduction health has been achieved by following the policy of ‘not more than two children—single is better.’ Earlier, because of large numbers of joint families, the population growth rate was out of control. Behind this problem, lack of knowledge on family planning acted as a big barrier. Because of different programmes and farsighted planning of incumbent government, the country has significantly moved towards attainment of success in family planning. The ministries of health, industry, social welfare, food and disaster management and 43 wings are working to turn the population into a national resource. A significant portion of Bangladesh’s population is expatriates. The country’s economic structure is being developed and strengthened due to their remittances. Because of their support, the government is able to undertake many megaprojects.

Modern civilisation is the outcome of cultural changes, reforms and transformations whose main architect is human being. When the world population was one billion then the weather and climate, system of government and socio-economic condition were quite the different of the present era having 7.9 billion populations. With the passage of time, novel diseases and pandemic break out and the human community survive by fighting them. The countries which have been able to control their population and transformed them into human resources through proper management, they are leading the world in resources, knowledge, power, peace, economy and in every sphere. Let the observance of the World Population Day be an opportunity to create a healthy and poverty-free world through population control at both national and international levels.

The writer works in the Armed Forces 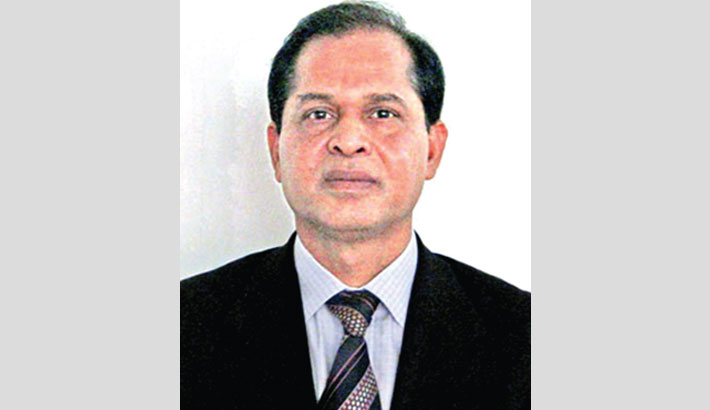 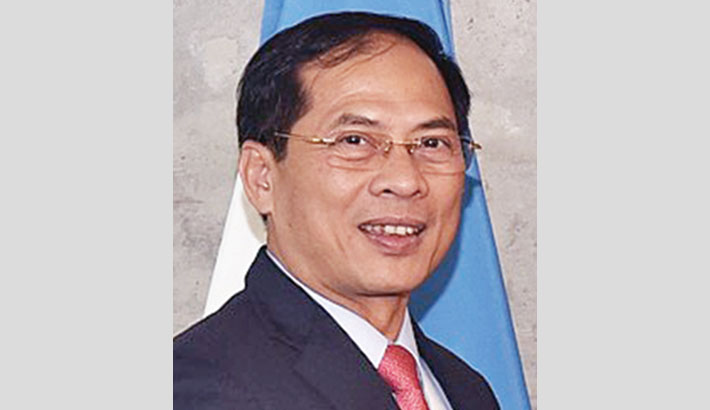