BPL champions Bashundhara Kings ended the domestic season 2021-2022 with a 2-1 win over Sheikh Jamal Dhanmondi Club in their last match of the ongoing Bangladesh Premier League at the Bashundhara Kings Arena of Bashundhara Sports Complex in the capital on Saturday.

The Kings earlier confirmed their hat-trick BPL title by beating Saif Sporting Club by 2-0 goals with two-match to spare in their 20th match in Munshiganj on July 18.

Then the Kings defeated Dhaka Abahani by 3-2 goals in their 21st match at the Bashundhara Sports Complex on July 25.

Bashundhara Kings captain Robson Robinho and forward Matin Mia scored one goal each for the champions in 53rd and 8th minutes respectively while midfielder Sohanur Rahman netted for Sheikh Jamal in the 69th minute. 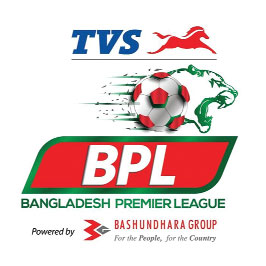 The Kings were awarded the champions trophy and the players’ medals during an award ceremony after the day’s match.

Sheikh Russel Krira Chakra Ltd handed a floral bouquet to the Kings president after the match while Sheikh Jamal team gave a ‘Guard of Honour’ before starting the match.

Meanwhile, the Kings clinched their first and second BPL titles in the seasons of 2018-19 and 2021 while the season of 2019–20 was abandoned due to the Covid-19 pandemic.

Low-quality replica items that are modelled after the original products of renowned brands are put on display for sale by the rail tracks at Doyaganj in the capital on Saturday. – Md nasir uddin