The Commonwealth Games are sometimes seen as a quirky relic in the modern sporting calender but former International Olympic Committee (IOC) marketing chief Michael Payne says they have consistently defied the doomsayers.

The 22nd edition of the Games opens in Birmingham today, bringing together around 5,000 athletes from 72 nations and territories -- mostly former British colonies -- to compete in 19 sports over 11 days.

Some track and field stars will be absent when the competition gets under way -- just days after the end of the world championships in Eugene, Oregon. 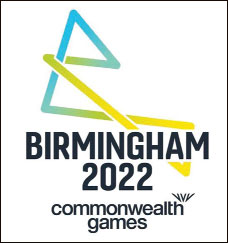 But there will still be plenty of big names on show at the event, which features sports as diverse as lawn bowls and marathon running.

The Commonwealth Games are not on the scale of the Olympics that Birmingham once aspired to host -- the city was beaten by Barcelona for the right to put on the 1992 Games -- but officials hope they can provide a big economic boost for the area.

According to the Financial Times, the West Midlands Combined Authority estimates the event will be worth £1 billion ($1.2 billion) to the regional economy.

Payne, credited with transforming the IOC brand and finances through sponsorship, said the Commonwealth Games had shown remarkable resilience over the decades.

"People have been talking of the demise of the Commonwealth Games for nearly half a century but they are still going, so I would not write them off just yet," he told AFP.

Bangladesh are taking part in the seven disciplines of the Commonwealth Games this time. The disciplines are - athletics, boxing, gymnastics, swimming, weight-lifting, wrestling, and table tennis.

A 50-member delegation including players, coaches, and officials represent Bangladesh in the Birmingham Commonwealth Games 2022.

Multiple gold-medal winner weight-lifter Mabia Akter Simanta will be the flag-bearer in the march past in Birmingham today.

The king of mischief ultimately wins