Fishing is a source of employment for an impressive segment of the population in our country. The Government imposes an annual 65 days ban on marine fishing from May 20 until July 23 as a precautionary approach for the long-term sustainability of aquatic lives, considering the overfished state of marine resources and their conservation. The primary purpose of a ban is to augment marine fish production and replenish the dwindling fish stock in the waters. Habitat restoration from different stresses is also a concern. The ban covers fishing up to 200 nautical miles along the coast. It will be over soon, and we expect to have more marine production. However, the ban might be an additional burden for the climatically stressed debtor coastal fishers. The frustrated voicing of coastal fishers for managing three square meals reminds us of the conflict between resource conservation and community rights. A dilemma has always been there between conservation and livelihood sustainability. In reality, resource conservation sounds worthless when the stomach remains foodless.

In a simple sense, the ban is imposed not to put the small-scale fishers into trouble but to increase their catch after the ban period, eventually improving their livelihood.   Even so, the struggling fisher-folks feel deprived of their rights as a complete ban would take a toll on their lives. Frequent climate-induced natural disasters, adverse weather and prolonged fishing ban have already squeezed fishing days, placing their livelihoods in peril. These lower-income fishing communities cannot forfeit their livelihoods and basic needs, as they already live on subsistence margins. Consequently, this conservation regime generates unemployment and poverty, leaving small-scale artisanal fishers as the primary victims of the fishing ban. Their children are sometimes forced to work instead of study due to severe poverty. It’s not like the Government or other organisations are not taking action to reduce their extra burden. Yet, the inadequate compensation from the Government and unemployment during the lean period leave fishers financially vulnerable. Therefore, sufficient alternative employment opportunities and fair income distribution among the marginal fishers could be the best relievers to overcome this stress. 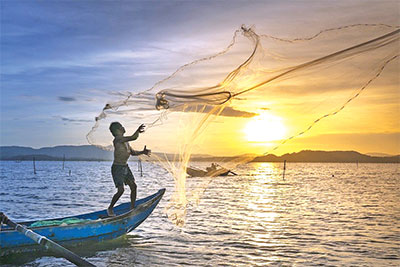 The economic hardships of crew members are extreme due to their overreliance on the fishery and lack of alternative skills and occupations. On the contrary, financial stress generates indebtedness to moneylenders, anger, deprivation, and distrust among fishers in the long term, which sometimes forces them to continue fishing during the ban or involve any other crime. Despite life risks, they often attempt to creep into the waters of the nearest state only to satisfy their basic needs. Often, they migrate to another location in search of gainful occupations such as rickshaw pulling and payday labour to earn their livelihood.

The old Chinese proverb “Give a man a fish you feed him for a day. Teach a man to fish, and you feed him for a lifetime” reminds us to be self-dependent rather than rely on others. The Government’s approaches alone cannot provide socioeconomic security to the dependent fishers unless they try to improve their state. The more the livelihood diversification, the more the ban will work. By good luck, we have a substantial area from coastal lagoons to the open ocean, which we can use for mariculture. It is mainly carried out in tide-fed ponds/enclosures and coastal cages.

Cost-effective and eco-friendly cultures such as integrated mangrove-aquaculture and integrated multi-trophic aquaculture could be suitable options. Crab or shrimp, integrated with mangroves, can be cultured in Sundarban or adjacent coastal areas. Similarly, green mussel, clam and oyster farming, a low-investment business with good returns, can be integral to the development of the blue economy development. Crab culture has immense potential in the coastal economy and promising export market. Other non-traditional species like sea coral, sea cucumber, microalgae and seaweed have infinite economic possibilities. Notably, Bangladesh has undeniable potential for naturally available seaweeds along the extended coastline because of the favourable environment. Coastal people can earn money from seaweed culture with low investment in a short time. In addition, introducing marine aquaculture will open a new dimension of multiple mariculture-dependent livelihood opportunities such as hatcheries, wholesale markets, tea-stall and other logistic channels. These employment sources certainly will ensure a social safety net for all, reducing the pressure on the Government to provide 40kg rice/fishers to 4 lakh marginal fishers annually.

Now it’s time to break down the wall of conventional professional preferences and adopt alternative earning options for self-help. Only creating mass awareness and encouragement are not enough to initiate intensive farming of marine species or other professions. Besides mariculture, agro-farming, handicraft and sewing, poultry and livestock, small business and so on could be the source of employment. Moreover, adequate cooperation among the investors, private entrepreneurs, NGOs and respective governing authorities during the financial crisis and accidental damage, proper training to improve different professional skills, and comprehensive technical and financial assistance could encourage the ultimate victim to have a second choice of income. An easy or interest-free loan from the Government and NGOs can help them to go for micro-entrepreneurship. Women's participation in economic activities by ensuring education, improving skills and preventing early marriage might help. Dry fish production from pelagic and trash fish and domestication of livestock might be an important earning option for fishers’ women for improved income and nutrition.

However, the seasonal closure is an easily implementable fisheries conservation approach that is insufficient for sustaining marine fish stocks. Conservation of coastal habitats by controlling pollution, prohibiting factories in coastal areas, restricting prohibited gears and protecting coral reefs is the need of the hour. In order to effectively implement the ban period, besides other controls, the fishing net industries must be restricted from manufacturing fishing nets below 20mm mesh size. Illegal fishing is alarmingly responsible for low catch and massive reduction of stocks, and economic loss. Unless we can stop illegal fishing by fishing fleets of neighbouring countries, the fishing closure will have little success and only add suffering to the local fishers. A robust monitoring, control and surveillance regime is needed as illegal fishing has been a matter of deep concern. Regionally uniform ban span with a check on violations can prevent poaching by fishers from other States. If possible, more artificial reefs and fish seedlings should be let into the sea during the ban.

Since the creation of this earth, men have been exploring marine resources. Hence, it is our foremost duty to preserve and allow the growth of such resources for the benefit of humankind. Nonetheless, fair distribution of benefits and liabilities would ensure social justice for affected fishing communities and their positive engagement with management decisions. An alternative income source for the subsistence fishers is a need to continue income throughout the year. Economic solvency or a rightful compensation scheme can ensure that conservation is not unjust to the marginal fishers. Therefore, isn’t it better to be self-reliant for 365 days than rely upon others for 65 days? It might be a good question to start finding any policy-level weakness. 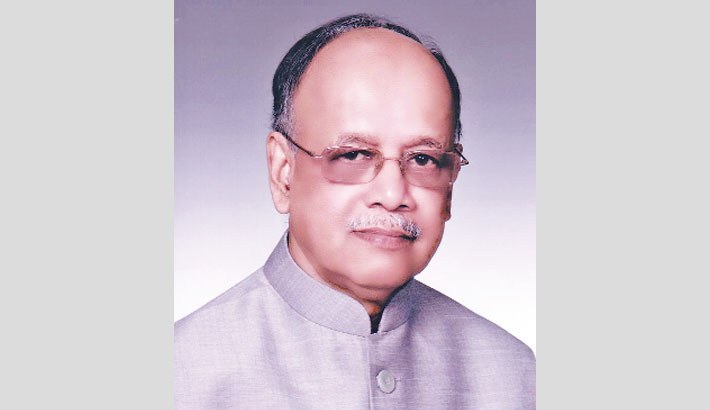