Eid holidaymakers have got rid of immense sufferings on roads, railways and waterways during their journey this year as the transport network has developed remarkably in the country in recent times.

While returning to Dhaka after the Eid-ul-Azha festival, they are facing no big hassles on roads, waterways and railway due to smooth traffic.

The capital is getting bustling again with the people returning to their workplaces after the Eid vacation.

People prefer to travel by road through Padma Bridge and pressure of passengers on launches is very less due to the opening of the bridge.

The working people were returning to the capital by bus, launch and train.

Many said Dhaka will come to life tomorrow as commuters are expected to make a last-minute rush to the capital today.

Mohammad Mahbub Ullah, manager of Hanif Paribahan, said, “Our vehicles ply smoothly between Khulna and Dhaka after the opening of the Padma Bridge.”

On Friday morning, a huge number of Dhaka-bound people arrived at Daulatdia ferry ghat in Rajbari, the gateway to 21 districts in the southwest of the country with the capital.

Despite the pressure of passengers and vehicles, there was no suffering at the ghat and there was no long line of vehicles.

There are 22 launches and 16 ferries plying on the Daulatdia-Paturia route.

After the inauguration of the Padma Bridge, the passengers on their way to Dhaka were very happy after crossing Padma River at Daulatdia Paturia.

Motaleb Mia is returning to Dhaka with his family members from Pangsha in Rajbari.

He said that he had to wait for hours at Daulatdia Ghat last Eid-ul-Fitr.

“However, there is no traffic jam at Daulatdia Ghat during this Eid. I got the ferry as soon as I arrived.”

Abul Sikder, a biker from Kushtia, said he was returning to Dhaka on Friday after celebrating Eid with his family.

“There was no serial of vehicles in Daulatdia ghat which was empty,” he added.

Prafulla Chauhan, manager (Commerce) of Daulatdia Ferry Ghat of BIWTC, said although there was no pressure in the ghat area, pressure of people and vehicles heading towards Dhaka increased.

However, there is no suffering at the wharf. At present, 16 ferries are plying on this route.

After the Eid-ul-Azha holiday, people have also started returning to the capital by train.

While visiting Kamalapur railway station, this correspondent found that there was a lot of people returning to Dhaka.

Every train was returning to Dhaka with extra passengers.

Although offices and factories opened last Wednesday, the pressure of people returning to Dhaka has increased since Thursday.

Many said passengers’ pressure will increase today and tomorrow.

Shamim Hossain, a passenger of Sirajganj Express, said that the pressure of passengers in the train was high. But it's nice to arrive safely.

Ananya, another passenger returning to Dhaka, said, “It is always safe to return by train. I got the tickets online, so I didn't have to worry about buying the tickets.” 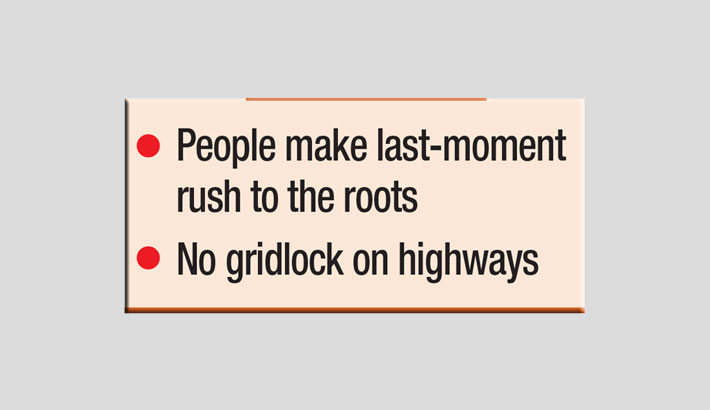 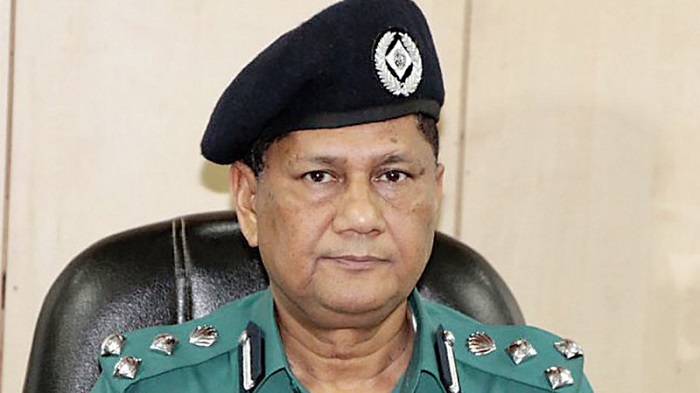 Eid journey will be hassle-free this time: Quader 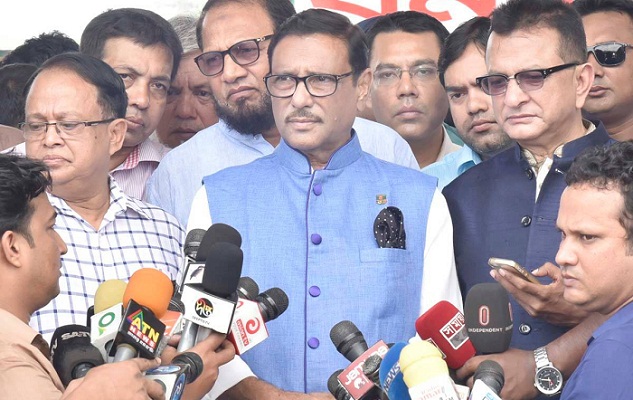 Eid journey will be hassle-free this time: Quader

Rights issue is a tool of political propaganda: AL

The damaged slab of the footbridge in the capital’s Kawla area has turned into a death trap. The photo was taken from the Dhaka-Mymensingh road on Thursday. Reaz Ahmed Sumon

None can come to power thru conspiracy, says Quader

Bodies of couple found inside car in capital