The gas supply crunch to gas-feed power plants brought electricity generation down to 5,603megawatt while the capacity is with 11,162 megawatt. 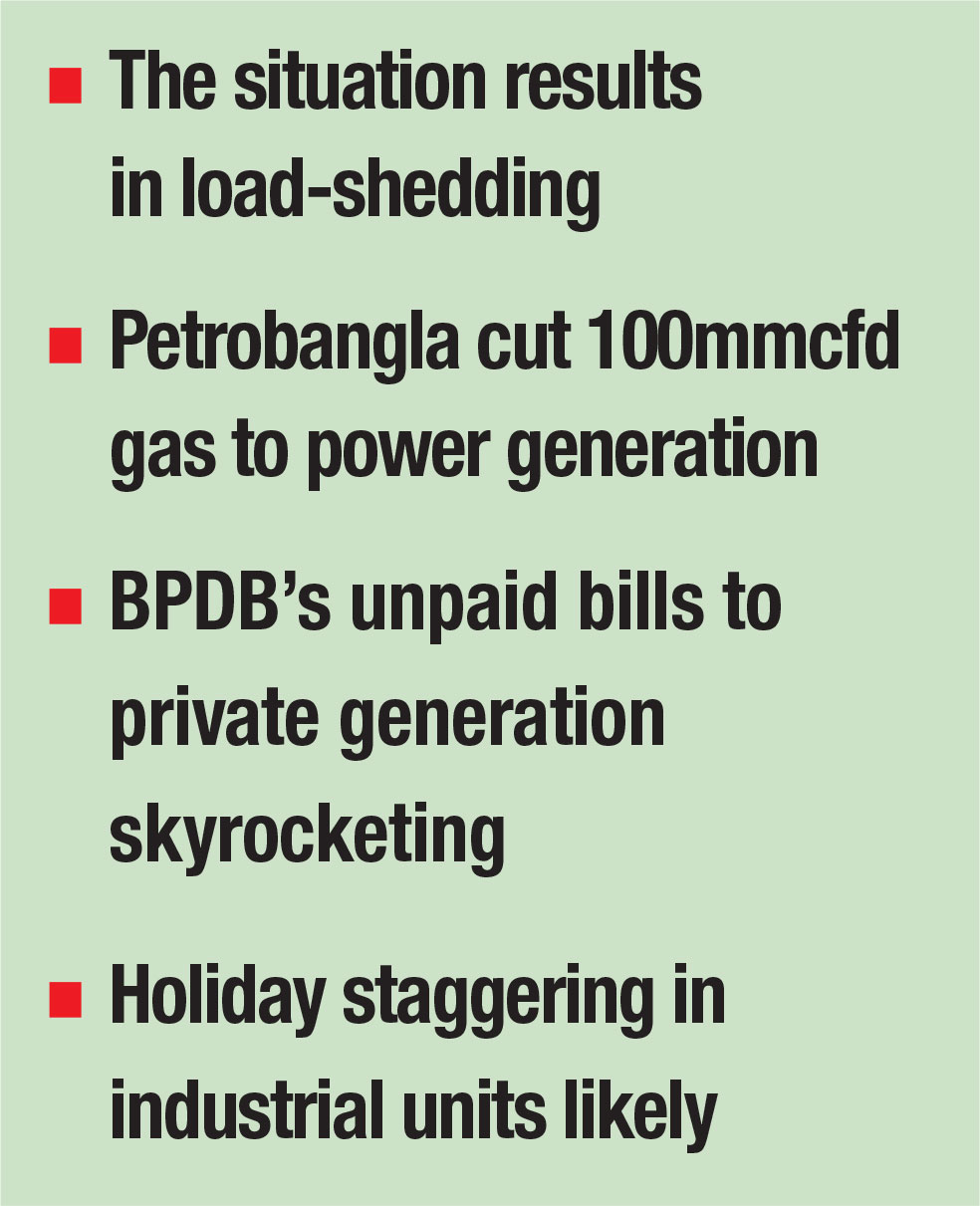 “Petrobangla has suspended 250mmcfd natural gas import from spot market due to unusual cost,” he said.

“Per mmbtu LNG from spot market stands at around $40 which was only $6-$7 in 2020. So,the government suspended LNG import from the spot market,” he said.

He added that the government is now importing 56 LNG cargos annually from Qatar and Oman under state-level negotiations, which have the capacity to supply 500mmbtu of natural gas to the national grid at a cost of $12.65 and $11.9 respectively.

According to Petrobangla, the government will have to pay Tk 302.40 billion to purchase LNG with freight costs under the state-level negotiations.

“When we start purchasing gas from the spot market, it means an additional pressure on the government’s payment. We, therefore, move to take austerity through rationing natural gassupply,” he said.

The Petrobangla moves to sit with industrial owners for holiday staggering in supply of natural gas, he said.

Petrobangla chairman said the natural gas reserve is depleting 100mmcfd every year, which dropped to only 9 trillion cubic feet (tcf) from 30tcf.

“But we are yet to discover new reserves against the depletion,” Petrobangla chief said, adding that the Petrobangla is working to drill 46 wells, aimed at exploring 618mmcfd additional gas by 2025.

Earlier, the Petrobanglasat with industrialists who said they were running their industrial units as they received work orders. So, the

At a meeting chaired by Prime Minister’s energy adviser Dr Tawfiq-e-Elahi Chowdhury on Thursday, BPDB proposedholiday staggering in supply of natural gas as it can get additional gas to feed gas-based plants.

It also proposed to continue closing CNG re-fueling stations between 5:00 PM and 11:00 PM. The time is indicated as peak hours of electricity generation.

Sources concerned said the BPDB could not generate only 500MW of electricity due to withdrawalof 100mmcfd of natural gas.

But poor management by the BPDB in electricity generation forced them to go for power outage or load-shedding.

The situation also pushedit to generate electricity around 6000MWfrom the costly oil-fired plants.

The BPDB for the first times failed to pay six months of electricity bills worth around $1.2 billion to private power producers.

Besides, an additional amount of Tk 5000 crore natural gas bills also remained unpaid by the BPDB, which is a violation of the prime minister’s instruction to pay billsregularly.

Consumers Association of Bangladesh (CAB) Senior Vice President Prof M Shamsul Alam suggested that the power plants should be on top priority for supply of natural gas during the peak hours while the industrial units will get the fossil fuels during off-peak hours.

He said the CAB, a think-thank on consumers’ rights, proposed 11-point reforms in the country’s power sector and 15-pointin the energy sector to get them rid of corruption.

An amount of Tk 120 billion irrational cost in the energy sector and another Tk 420 billion in the power sector have been responsible to raise power tariff, he said.

The consumers in rural areas are experiences maximum 11 to 12 hours of power cuts while the city dwellers suffer one to three hours of load-shedding.

M Rafiq, a villager in Fatikchhari, Chattogram district, told the daily sun on Wednesday, “Justin the last month, I experienced maximum two hoursof power cut. But now it increases to 12 hours, even on the second day of Eid.”

He wanted to know when they would see an end to this unbearable power outage.

Earlier, the BPDB expected to generate 12500MW of electricity against the demand of average 14500MW during this hot summer.