Chief Minister of Goa Pramod Sawant has thanked the organisers for holding the first-ever business summit between the Indian and Bangladeshi jewellery industry in his State.

“It is an honour that you have chosen Goa, my state, for the first chapter of Sonar Bangla,” he said while speaking at the inaugural session of the 2-day Jewellery Business Summit ‘Sonar Bangla’ on June 28-29.

Pramod Sawant, who was made Goa Chief Minister for the second consecutive term on March 28, took part in the event virtually. While addressing the summit, he said Goa thrives mainly on tourism, but there are enough resources to explore for the jewellery industry as well. 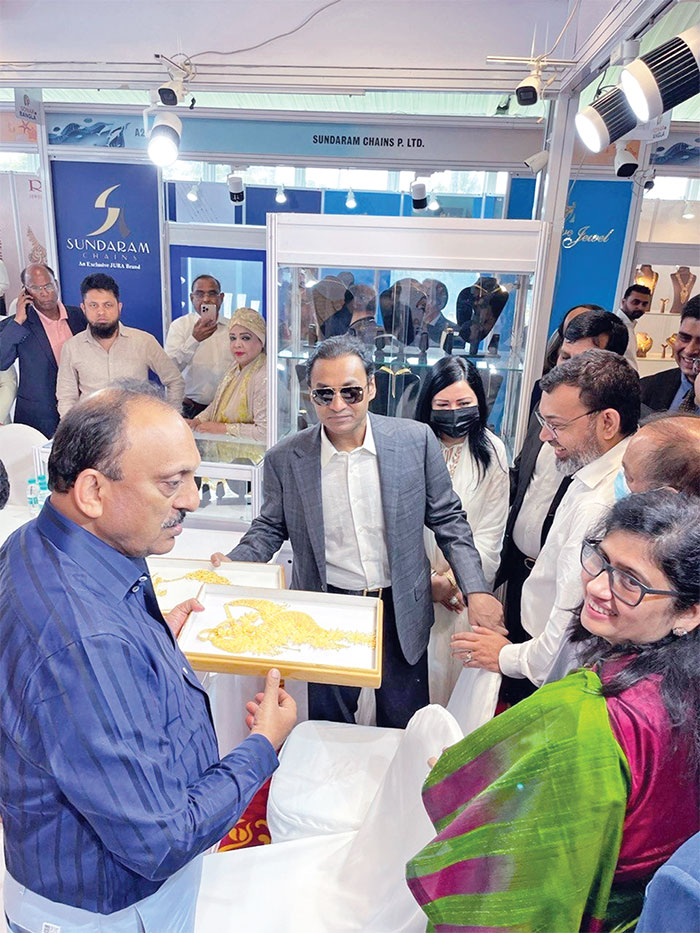 The chief minister along with high-profile Goa lawmakers and officials met Sayem Sobhan Anvir on June 28 afternoon and discussed a wide range of issues to establish institutional linkage between Bangladesh and Goa. They focused on direct air connectivity and the promotion of trade and tourism.

The Goa chief minister in his speech further said: “I am very happy to host you all and wish you all the best for Sonar Bangla. We stand by Sonar Bangla, KNC Services and Bangladesh Jeweller’s Association. Long live the Indo-Bangla business relation.”

Pramod Sawant led the BJP to win 20 seats in the recently concluded elections to the 40-member Goa Assembly.

Mr Sawant, an Ayurveda medical practitioner, took the oath in Konkani language and his ceremony marked the second time that a Goa Chief Minister was sworn in outside the Raj Bhavan.

Mr Sawant, 48, is an MLA from Sankhalim in North Goa. He was elected Speaker of the Legislative Assembly when the BJP formed its government under the leadership of Manohar Parrikar in 2017. He was sworn in as the chief minister for the first time in March 2019 after Parrikar's death.