Bangladesh T20I skipper Mahmudullah rued for not executing the plans as a bowling unit against West Indies in the second game of the three-match T20I series in Dominica on Sunday.

West Indies took a 1-0 lead with a dominating 35-run win over Bangladesh in the second match after the series-opener was washed out due to rain.

Rovman Powell led West Indies’ powerful batting display with an unbeaten 28-ball 61 while opener Brandon King also made 57 runs as the hosts posted 193-5 in their stipulated overs after opting to bat first.

Shakib Al Hasan then made an unbeaten 68 off 52 balls to become the first cricketer to score 2000 runs and take 100 wickets in this format but the Tigers could only score 158-6 and they lost the game by a big margin. 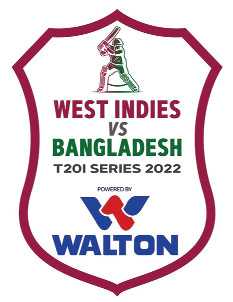 “I think we gave a lot of runs in a couple of overs. That is not a problem because it can happen in T20s. We could not execute what we wanted to (as a bowling unit) and we could not bowl where we wanted to,” Mahmudullah said after the match.

“If we could give a few runs less in the bowling and if the target was a bit short, it could have been a different story,” he added.

Mahmudullah added that he tried to protect Mosaddek Hossain from being hit through the leg side despite him picking Nicholas Pooran and ending with a wicket maiden over.

The skipper later decided to bring Shakib and Taskin Ahmed in the 16th and 17th overs and they leaked 23 and 17 runs respectively which proved to be the defining factor of the game.

“Powell was outstanding today and took the game away from us,” said Mahmudullah.

“I would have given Mosaddek more overs but there were two right-handers at the crease and one of them was Rovman Powell.

“The leg-side boundary was also short. I didn’t want to take the risk. I brought Taskin and Shakib at that stage,” he said, adding that he had to include Mosaddek after opener Munim Shahriar was out with a back injury.

Mahmudullah said that the batsmen needed to be flexible in T20 format while added that they have full faith in Liton Das to do well in the shortest format despite the right-hander is yet to shine in T20Is like the way he did in other formats.

“A batter has to be able to bat anywhere in a T20. Liton made runs at No. 4 against West Indies in the last T20 World Cup. Liton is one of our best batsmen regardless of the stats (in T20Is).

“He is batting really well in Tests and ODIs. He probably hasn’t been able to convert it into T20s but we are still backing him up. We will have to shuffle our opening slot since we aren’t getting consistent batters there but I think we have to focus on batting as a group, which is our strength,” he said.

Bangladesh team, which reached Guyana on Monday, will take on the hosts in the series-deciding third game on July 7.