While scrolling through Facebook recently, my eyes got glued to a photo of Indian actor Nana Patekar in contemplation. The actor, wearing spectacles, was seen dashing his right hand on his cheek and thinking about something. Someone has translated his thoughts like this “(I) saw on Facebook on Father’s Day that fathers of all are best…!! If such is the case, then whose fathers adulterate foodstuffs, get involved in bribery, corruption, cheating, oil scam, theft and robbery?”

Although the post was made out of fun, it gives us food for thought about the matter deeply and seriously. This is a serious question indeed. Really, who commit such crimes? Aren’t they fathers of anyone? Of course, those who commit such crimes are fathers of our future generations who consider them their real-life heroes and idols. A section of people, who are beasts in disguise, is involved in the heinous acts and they are earning bad name for others, too.

Bangladesh has been doing great on many socioeconomic indicators. It has surpassed many of the countries in South Asia on a number of global indexes. However, corruption remains all-pervasive here, which costs the country at least 2-3 percent of its Gross Domestic Product (GDP). However, my focus in this article is not on corruption but food adulteration.

There is no alternative to safe and nutritious food to ensure public health as eating unsafe food can lead to serious health hazards. However, food adulteration has reached an alarming level in the country. Meat, fish, fruits, vegetables, sweetmeats and other readymade food items selling in the market are treated with harmful chemicals. Colouring agents are used in spices, sauces, juices, lentils and oils. Formalin and carbide are used in fish, fruits, meat and milk. Besides, rye flour is used in barley, bread and wheat flour, urea is used in puffed rice and rice, sulphuric acid is mixed with milk, oleomargarine or lard and DDT are applied in dried fish. Burnt engine oil is used to fry ‘jilapi’ while artificial fragrance is applied on flowers. 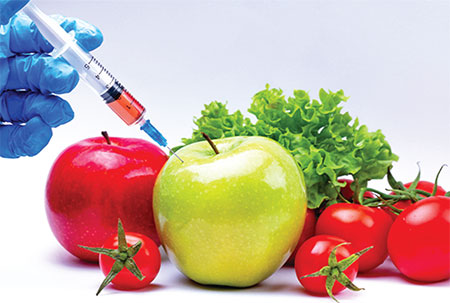 The most worrying thing is that life-saving medicines are also being counterfeited. A section of people is producing fake medicines under the brand names of renowned companies, jeopardising people’s lives. The dishonest businessmen try to make a quick buck by selling substandard and adulterated food items across the country under the very nose of the authorities concerned. Food adulteration turns acute in Ramadan, the fasting month for Muslims, with a rise in demand for various items.

Standards of services at food outlets, including restaurants, sweetmeat shops and hotels, in the capital have declined further. Various kinds of food items are being cooked with burnt oil. Untidy workers make food in an unhygienic atmosphere. They have no minimum idea about cleanliness. People are getting infected with various diseases after eating such food items.

Bangladesh Food Safety Authority (BFSA) on June 30 reviewed and re-graded 40 eateries based on their performance of last one year. Of them, 13 restaurants were downgraded from their position a year ago, 20 kept their previous grading while seven improved their services.

The BFSA launched the restaurant grading system in 2019 to help consumers determine the hygiene and quality of food at eateries. Coloured stickers -- green, blue, yellow and orange -- symbolise grades A+, A, B and C respectively. The green sticker stands for 'excellent' and is only awarded to restaurants that score 90 points or above, while the blue sticker represents 'good' and is awarded to restaurants that receive 80–89 points, a yellow sticker represents an 'average' score of 60–79 points while orange stands for a pending grade for restaurants which score 59 points or lower.

According to experts, adulterated food items are very harmful for people and most of them are not aware of it. Even in many cases, children with autism can be born as a consequence of taking poisonous ingredients. If a person eats adulterated food, it gets rapidly digested and transported into blood, causing serious health hazards. The poisonous residues from such food items are damaging vital human organs -- liver, kidney and heart--, causing various deadly diseases like cancer and affecting children's mental and physical growth.

According to the World Health Organization and Food & Agriculture Organization, about 4.5 million people are getting infected with various diseases in Bangladesh every year only due to food adulteration. Food adulteration has reached such a level that no one remains unaffected by it. Through the immoral practice, we are doing damage to ourselves, our families and our children. A fish trader who uses formalin in fish is buying contaminated vegetables from another vendor. Similarly, a vegetable trader is buying fish laced with formalin and other adulterated items. In the process, members of all the families, including children, are getting affected. So, a father is doing harm to his children knowingly by engaging in food adulteration. And greed for making quick buck and moral degradation lead them to such unholy practice.

To ensure food safety, the government enacted the Food Safety Act, 2013 and established the BFSA in 2015. The BFSA and the Directorate of National Consumer Rights Protection along with other organisations are working to ensure food safety for all checking adulteration. Although drives are conducted against food adulteration at times, the scenario remains the same throughout the year. The dishonest businessmen return to the old practice again for, many think, not enforcing the law strictly. To check food adulteration and save our future generations, the government must adopt a zero-tolerance stance in this regard. Stern action will have to be taken against those who adulterate foodstuffs to deter others from engaging in the malpractice. As the traders return to old practice even after a monetary punishment, the authorities concerned will have to take steps to cancel licences and shut the business establishments of the accused traders. Besides, awareness will have to be raised among all regarding food adulteration. Fathers are always heroes and idols to their children. All children hold their fathers in high esteem. Even in distant dream, they cannot imagine that their fathers can be as bad as food adulterators. So, every father should value the thoughts and regard of their children about them. They should in no way let their children down. If we can ensure this, then the society will get rid of the curse of food adulteration and our future generations will grow up healthily.

The writer is a Senior Sub-Editor, the Daily Sun