After going through a chilling five-hour long sea voyage, Bangladesh team reached Dominica safely ahead of their three-match T20I series against West Indies.

Players were very skeptical regarding the journey considering none of them had previous experience and it seemed all their fear turned into reality that prompted them to take a swipe at the Bangladesh Cricket Board.

In the middle of the journey, T20 skipper Mahmudullah questioned who will take the liability if they are put in danger. 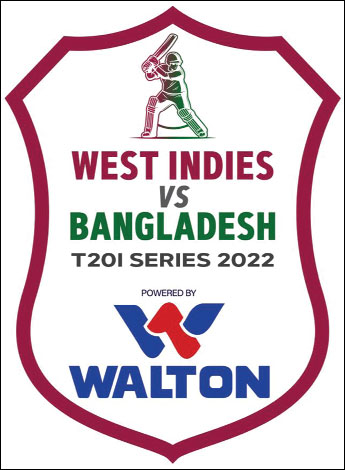 “Who will take the liability? There are still two and a half-hour journey left and that is even worse (than what we are going through). Probably four to five cricketers are standing while others are flat out,” Mahmudullah was seen saying inside the ferry in a video posted by online website All-rounder on Friday.

Facing rough seas at the middle of the ocean and getting ‘motion sickness’ are the two biggest fears in sea voyages and for Bangladesh both came true.

There were rough waves as soon as the ferry reached mid sea and as the ferry wasn’t big  so six to seven feet high waves were enough to make it go rock wildly and the waves looked fierce while crossing the dolphin channel.

The cricketers started falling victim to ‘sea sickness’ one after the other when big waves started to violently rock the ferry and almost everyone was completely exhausted in the one and a half hour journey from Saint Lucia to Martinique.

The worst affected were pacer Shoriful Islam, wicketkeeper-batsman Nurul Hasan and manager Nafees Iqbal while others also got worried seeing their condition.

The BCB Chief Executive Officer Nizamuddin Chowdhury told The Daily Sun that everyone is fine and they are expecting them to recover before the start of the T20I series.

“They reached safely and it was confirmed to me by the team management. We were in continuous communication yesterday. No doubt, it was a bad experience for the players. We saw some players suffer while some enjoyed themselves. But the main thing is it was not at all a good journey for Bangladesh,” said Nizamuddin.

“I talked with physio Bayjedul (Islam) and he assured that the players reached safely and that there would not be any repercussions as players will be able to recover after a day’s rest. He (Bayjedul) also informed that the fact that a few players did not have proper sleep the night before coupled with their dietary issues could have aggravated the situation,” he said.

Nizamuddin added that they could not arrange a flight from Martinique island because it was part of French territory.

“When on a two-hour-long break in the Martinique island, players contacted me for arranging a flight for their remainder of the journey (from Martinique Island to Dominica). I, accordingly, communicated with West Indies Cricket Board officials. But as the area (Martinique Island) is part of French territory, managing visas and other documents were difficult. It was also a bit of bad luck that the weather too was unforgiving. It is understandable the way Bangladesh players reacted,” he said.

Nizamuddin also said that the non availability of Charter flights prompt them to agree on taking the sea route.

“Yes, we were concerned regarding the issue. But the first thing is that it is the host country that always arranges this (transportations for players from one state to another). Still, we did show our concern about this. But the problem was that the Windies official wanted to send contingents of both sides together as it is their standard practice,” he said.

“However, they could not arrange a charter flight to carry both contingents at once. Also, due to Covid restrictions, only flights with fewer seating capacities were available.

“And hence, they opted for the ferry. We did show our concern regarding this, but they assured us that things would be fine as the Windies team would also travel with the Tigers. The thing is, we can relay our concern to them but the final call about making travel arrangements is made by the host country,” added Nizamuddin.

Meanwhile, Bangladeshi cricketers attended a dinner party hosted by Dominican government at night that suggest they recovered well before the start of the first T20I, scheduled today.