Bangladesh, a country of 170 million people, is one of the countries most affected by climate change impacts like floods, cyclones, droughts, tidal surges, tornadoes, earthquakes, river erosion, water logging, soil salinity, etc. This climate change greatly impacts upon the country's agriculture, infrastructure, and way of life.

The country's geographical location makes it highly vulnerable to natural disasters, and Bangladesh has a flat, low-lying landscape and lacks an institutional setup. Climate change is becoming a very crucial issue for the citizens and government of Bangladesh; and more than 80% of the land is prone to flooding. About two-thirds of Bangladesh's population is engaged in agriculture; so that climate change will affect these farmers badly.

The World Bank warns that Bangladesh will suffer from worst effects of climate change by 2100. The report estimates that the sea level will rise by 3 feet, and this will cause colossal flooding leading to massive crop failure. It has also been mentioned that this will cause poverty and inflation.

Within a month, the floods took a terrible turn in Sylhet and Sunamganj districts of the north-eastern part of Bangladesh. Sunamganj district town was cut off from the rest of the country due to flash floods. Railways and highways in Sylhet were also submerged. Buses, trains and flights across the country were closed to Sylhet. It is said that the people of Sylhet have not seen such a terrible flood in the last few decades.

They have to deal with this unusual flood as soon as the situation improves after one flood occurred in May this year. That is why discussions are going on about the impact of climate change in such a situation. At the same time, these issues are being discussed regarding the lack of navigability of the rivers and illegal occupation. Floods were severe due to heavy rainfall. The heavy rain in the Cherrapunji area of India had caused severe flooding within a short time in Sylhet and Sunamgang, and other parts of Bangladesh. 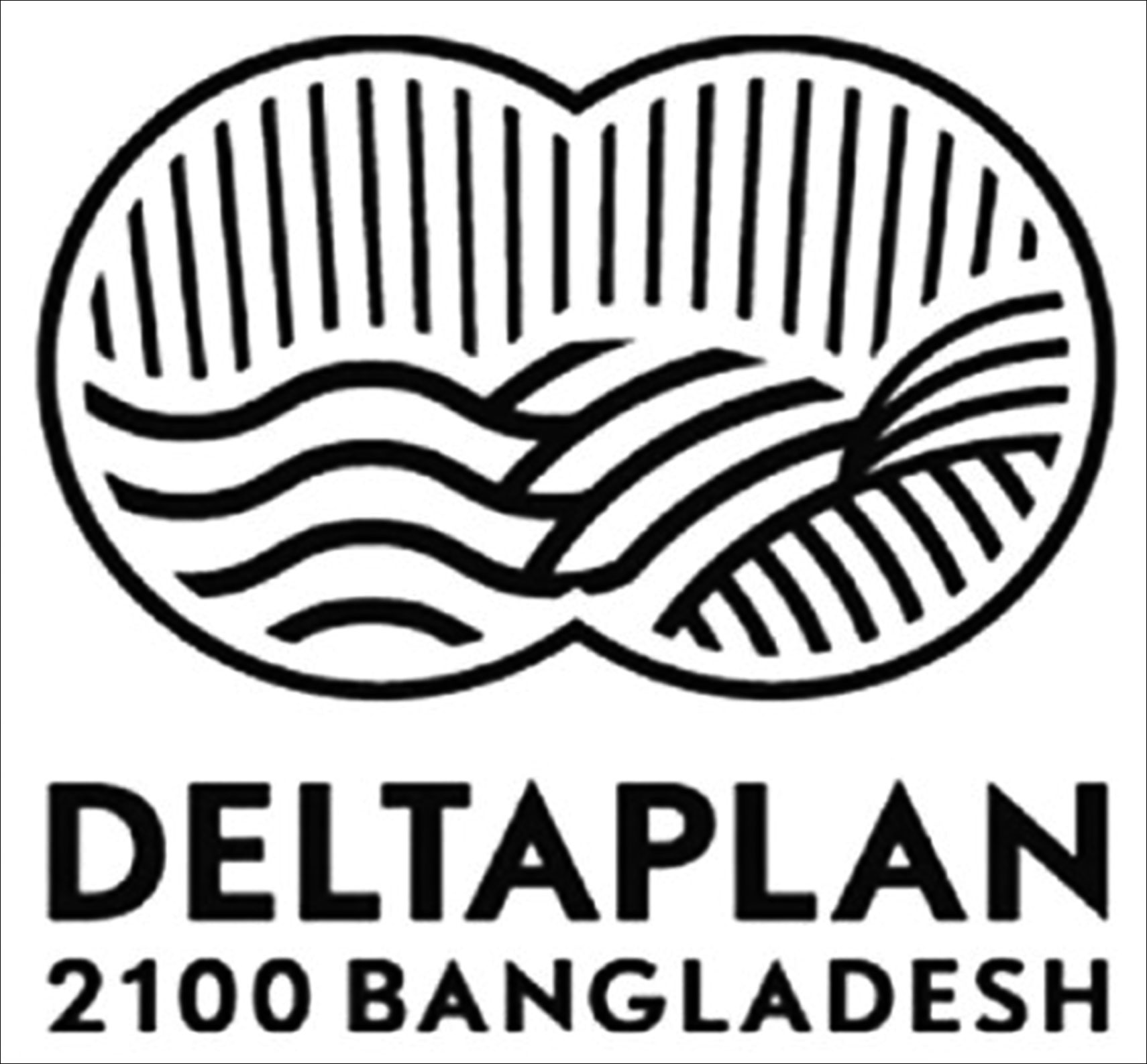 The Haors and rivers cannot hold excess rainwater in these circumstances. Moreover, unplanned construction of dams in the haor region and the non-digging of waterways are the reasons for the flooding. Experts said, "The rivers in the Sylhet region have not been dug for a long time, and the haors are being dammed yearly in the name of crop protection. Besides, illegal occupation of haors, reservoirs and rivers is going on. So these are the main problems".

However, experts point out that climate change is a significant factor in heavy rainfall. Trees and hills are being cut down extensively in the north-eastern part of India and the Sylhet region of Bangladesh. The mountain could have absorbed water, and this situation is hurting the climate.

The flood-hit people of different districts, including Sylhet and the northern region, are going through a difficult time. The latest flood situation report from the United Nations Office for the Coordination of Humanitarian Affairs (UNOCHA) said heavy rains in north-eastern India and water from upstream flooded a large part of the Sylhet division. Around 50 people have died due to the flood. Millions of people have been affected, creating a humanitarian crisis. Sudden floods have washed away millions of people's homes, livestock, crops and other properties. It has forced the affected families to take shelter on high ground and in temporary flood shelters.

Citing experts, the United Nations said the ongoing floods were considered more severe than the experiences of 1998 and 2004. The crisis hit at a time when the people of Sylhet division had recovered somewhat from the damage caused by the recent floods in May of this year.

According to the report, an estimated 7.2 million people have been affected by floods including 4.3 million people in seven north-eastern districts of Sylhet, Sunamganj, Moulvibazar, Habiganj, Netrokona, Sherpur and Brahmanbaria due to flash floods and water logging. Many families have been displaced by the floods, while others have taken refuge in the open air. The safety of women and girls in those families is at high risk.

The leading cause of floods is excess water and heavy rains coming down from upstream. Floods not only ruin people's lives, but also have ruinous effect on the national economy. Bangladesh's economy is still dependent on agriculture, and floods caused extensive damage to that agriculture. Rural infrastructure has also been damaged.

Most of the people in Bangladesh live in the villages. The floods washed away people's houses and agricultural lands. Many of them became landless by riverbank erosion. The floods have submerged roads and cut off livelihood of the flood victims. As a result, millions of people are forced to live subhuman lives due to a lack of food in the flood-hit areas. Many people have already lost everything and become destitute. They are worried about an uncertain future.

The honourable prime minister has already instructed to help the flood victim people in different districts. The authorities should pay due attention to this so that there are no irregularities in the distribution of relief among the affected families.

In this situation, besides the government, various non-governmental organizations and wealthy people should also come forward to help the flood victims. Arrangements must be made to rehabilitate those, whose houses and crops have been damaged by floods.

Many people in the flood-hit areas have been affected by various diseases. The flood victims need to be provided with the necessary medical care. Even after the end of the flood, its multiple effects remain. In addition to protecting the people's health in the affected areas, the authorities need to pay special attention to engaging them in various productive activities quickly.

Besides, since we live with floods, we can take short-term and long-term effective measures to prevent floods. For example, we can remove silt from the river by dredging with advanced technology to clean the river, which will significantly increase the water-holding capacity of the river. In addition, care must be taken in the construction of infrastructure. Roads, bridges and culverts on the river should be constructed so that they do not obstruct the movement of the river water. Extensive social forestation along the rivers will make it possible to prevent river erosion. The above methods can only reduce the severity of floods but cannot stop them permanently.

Therefore, it is urgent to take various remedial measures for post-flood rehabilitation like ―adequate shelters may be constructed in flood-prone areas of the country to protect waterlogged people so they can find a safe refuge during the flood.

To ensure emergency food and water supply to the flood-affected people, it is imperative to increase and sustain the provision of food aid at the adequate public-private level. When the flood waters recede, people can be infected with various water-borne diseases. Therefore, the overall preparation to provide medical services to the victims must begin, and local hospitals and clinics should be prepared with the necessary medicines.

It is a big challenge for the government to employ the people who have been affected by the floods. Therefore, to rehabilitate the affected farmers after the floods, it is necessary to provide fertilizers, seeds and pesticides on easy terms. The initiative to provide nominal or non-interest agricultural loans can be a milestone in rehabilitating the country's agricultural sector.

Floods are nothing new to the people of Bangladesh. Like many traditions and cultures, devastating floods have become an integral part of the life of the people. It is not at all possible for us to stop it due to geographical location. Even then, the harmful effects of floods should be minimized as much as possible. This requires the joint efforts of people from all walks of life.

The government should strengthen the implementation of the Delta Plan 2100 to prevent floods and other natural disasters. Our pride, the Padma Bridge, has already been constructed with the domestic fund by the incomparable leadership of our honourable prime minister, Sheikh Hasina. It is our firm belief that under her able supervision, Bangladesh will be able to implement the Delta Plan 2100 so that our beloved country may be saved from all sorts of natural disasters including floods.

The country is already going through an extreme crisis - fighting against an invisible enemy, coronavirus. The rate of infection and death with coronavirus is increasing again. The country's economy is stuck due to a long-lasting pandemic. The price hike due to the war in Russia and Ukraine has created great havoc worldwide, including in Bangladesh. The recent floods have multiplied these crises.