Padma Bridge and Our Socio-economic Dynamics

Bangladesh strives to be an economically developed, socially inclusive and environment-friendly country by the year 2041. The government of Bangladesh has been relentlessly working towards achieving the Sustainable Development Goals (SDGs) by 2030. Under the dynamic leadership of Sheikh Hasina, Bangladesh has reached several milestones, among which the self-financed Padma Bridge is the most significant. The self-financed Padma Bridge will contribute to fulfilling Vision 2041 as well as realising SDGs.

With the operation of the Padma Bridge, the struggle of the passengers for ferry and drastic weather conditions which disrupted travelling of the people by river will be easier than ever. It is roughly calculated that the bridge will reduce travel time to Dhaka from the Southwestern districts by 25 per cent. This bridge will save much of the vehicle operating costs accumulated during normal traffic on the ferry. Notably, the Padma Bridge will directly connect the 21 districts of the southern part with Dhaka and its adjoining industrial towns like Narayanganj, Narsingdi and Gazipur. Direct connectivity with Dhaka will expand industrialisation, trade and commerce and ease the supply of raw materials. Quick transportation will result in a quick return of investment and economic expansion. The bridge, among others, will promote women’s participation in work and education, international connectivity by road and rail, tourism and cultural development. 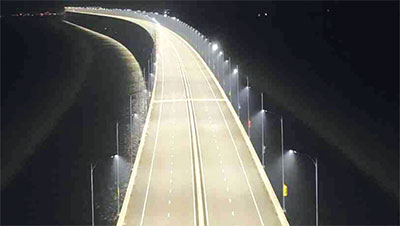 the socio-economic growth of the northern part of Bangladesh and helped the annihilation of Monga. Now Bangladesh is about to experience an economic resurgence in the southern part. Although the southwest region will be impacted most, the benefits of the Padma Bridge will be realised by the entire country. It will bring a radical change in the socio-economic dynamics and the GDP growth of the country will increase by 1.23 per cent per annum. The Policy Research Institute’s findings assert that the Padma Bridge can achieve 29 per cent growth in the construction sector, 9.5 per cent growth in agriculture, and 8 per cent in the manufacturing and transport sector of Bangladesh.

The bridge will reduce overall poverty by 0.84 per cent per annum and contribute to industrial development, agricultural expansion, regional trade and connectivity. There will be an increase in the dairy, fish and shrimp processing and textiles and jute production. Setting up economic zones, industrial cities and high-tech parks have already been initiated in the southern region. Gradually investment and employment will be increasing which will eventually develop the living standards of the people of the southern part. Foreign investors will be encouraged to invest in infrastructure and trade in Bangladesh. Therefore, this multipurpose bridge will support Bangladesh in attaining middle-income status by 2031 and being a developed country by 2041.

New employment opportunities will be created in adjacent districts, which will help stop migration from the rural areas to the big cities and ease pressure on Dhaka. The development of more universities, industries and hospitals in the southern region will aid decentralisation and steady growth of smaller cities. Despite having standard clinics in the districts, critical patients are required to bring Dhaka. This bridge will support such patients to get their needed treatment timely. The bridge will also impact the environment. The river training works of the bridge will help subdue erosion. The bridge will also support reaching people with relief and assistance during any natural disaster or flood in the southern region.

Particularly the Padma Bridge will greatly impact the lives of millions of women and girls living in the southern part of the country. They will get better access to health care, education and employment opportunities. The mobility of women will be easier and safer which will encourage their participation in the service and labour market. With economic independence, the bargaining power of women within their household will shift and their ability to use their earnings to influence household decisions will increase. The bridge will enhance the choices available to women leading to a better standard of life. Eventually, non-discrimination and empowerment of the women of the southern region will be ensured.

The bridge will connect Mongla and Payra seaports, reducing congestion at Chattogram Port. This will encourage landlocked countries like Nepal and Bhutan to use these ports. The bridge will contribute to creating a multi-dimensional international road and rail transport network for the eastern region of the Indian Subcontinent. It will establish the missing link (Trans-Asian Highway and the Trans-Asian Railway). These are expected to transform Bangladesh into a regional hub for development, connectivity, trade and investment and thereby boosting its geopolitical value.

The international road and rail transport network will promote trans-border ties as well as cultural development of the eastern region of the Indian Subcontinent. Frequent cultural exchange will influence the formation of a group whose unifying ideas will transcend geographical limitations. Easy connectivity will also facilitate tourism. Existing tourist spots such as Bangabandhu Mazar, Kuakata beach, the sixty-domed mosque, the Sundarbans, and resorts in Mawa and Jajira will be easily accessible for both domestic and foreign tourists.

In the recent past, we have witnessed Sri Lanka badly fall into foreign debt crisis due to its ambitious infrastructure projects, whereas Bangladesh has successfully implemented its mega project (Padma Bridge) with domestic finance. This manifests the economic strength of the country as well as the charismatic leadership of Sheikh Hasina. In essence, by implementing the Padma Bridge project, Sheikh Hasina has elevated our dignity and sense of patriotism.

The writer is a Lawyer of Supreme 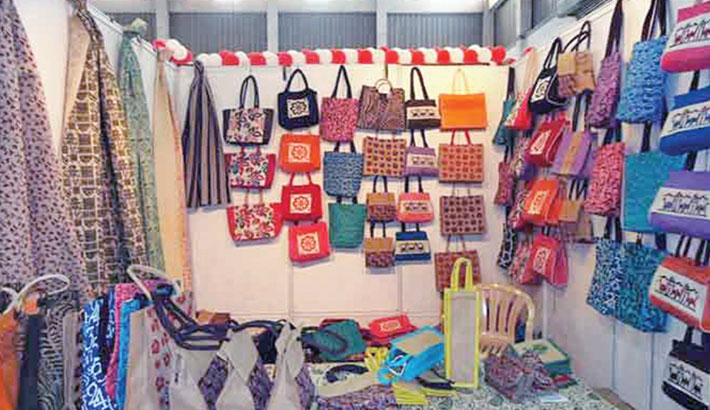