The much-talked-about Padma Multipurpose Bridge (Padma Shetu) over the mighty river Padma is slated to be inaugurated on 25 June, Saturday by the Prime Minister Sheikh Hasina. The attached rail link, totally a different project, is expected to be completed by the end of the year. It is true many bridges, during last fifty years of independent Bangladesh, were constructed and inaugurated but no other bridge or any other structure, big or small, hit the headline of national and international media at regular interval as did Padma Shetu. To begin with, the Padma Shetu became a topic of regular discussion when on 29 June 2012 one of the major financier in this project, the World Bank, unilaterally cancelled their contract entered earlier with the Government of Bangladesh to co-finance the project along with ADB, JICA, IDB accusing Bangladesh that they smell corruption conspiracy involving the Bridge though World Bank was yet to release a single penny for the project. Initially the World Bank committed US$ 1.2 billion for the project but later on they revised it to   US $ 2.5 billion dollar. The actual reason for such a conspiratorial behaviour of World Bank was the Bangladesh’s refusal to appoint an unqualified Chinese Consulting firm, China Railway Construction Corporation (CRCC) for the project (Dr. Jamilur Reza Chowdhury, the Chairman of the International Expert Committee in an interview, published 2 July, 2012 in Dainik Samakal). Later all the allegation of the World Bank was trashed by a trial court in Canada. It laso mentioned that all the allegations of corruption were not only unfounded but were also based on hearsay and false information. 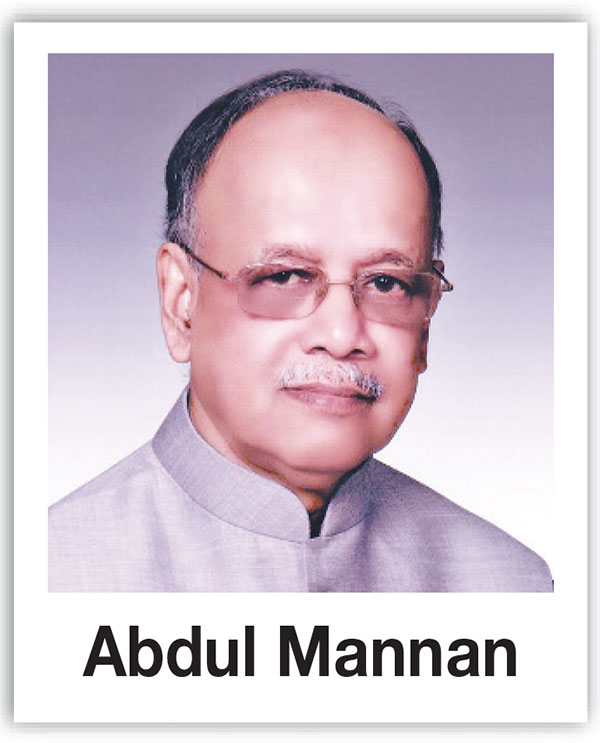 The World Bank, which has the word ‘World’ as a prefix is virtually a bank supposed to act a development partner of developing countries, has always been under the influence of US policy makers. There are ample evidence of countries falling into traps of wrong prescriptions of the World Bank, resulting in not only instigating public outrage inside the country but also changing governments in different countries. Countries like Venezuela, Argentina are examples. Joseph E Stiglitz, one time Chief Economist of the World Bank (February 1997-2000) resigned from his position after serving the Bank for three years as he could not reconcile with the internal corruption and ineffective workings of the World Bank. Stiglitz’s decision was unprecedented. Later on, Stiglitz was awarded Nobel Memorial Prize in Economic Science (2001) for his contribution to the field economics.

One of the common prescriptions of the World Bank is to remove subsidy from different critical sectors, like agriculture, power and food supply benefitting the poor. Countries that refused to abide by the prescription of the World Bank always had to face the wrath of the Bank and Bangladesh was no exception. The World Bank always advised Bangladesh to remove subsidy from the agriculture and the power sector. Though everyone could not sustain such pressure Sheikh Hasina did and when she first formed a government in 1996, 21 years after the killing of her father Bangabandhu Sheikh Mujibur Rahman on 15 August 1975, she immediately slashed the price of fertilizer by nearly fifty per cent. The World Bank was not impressed. The bank not only hands over on a long list of prescription to the fund receiving countries but also tends to give unending and unwarranted advices without realising the ground realities. In 1976, the World Bank was financing a flood prevention project on the Suvorno Rekha River (Bihar-Odisha) in India. The then government of India was tired of receiving all sorts of impractical and unwarranted advises of the World Bank. The Government of India without any hesitation asked the World Bank to leave the project to India and withdraw the funding from the project. Virtually all the political parties of India stood behind the government decision. Soon the bank yielded to the wishes of the Government of India’s decision and stopped interfering in the implementation of the project.

Most people forget that the World Bank is a bank and all member countries, including Bangladesh, are its partners and the bank like any other commercial bank has to earn profit at the end of the day to survive. All funding involves interest and service charges, and the accumulated funds are reinvested in different projects in other countries. When it is funding any project it is just providing a loan payable in instalments with interest as agreed between the Bank and loan receiving country. The World Bank is not a charitable institution.

The World Bank not only decided to withdraw its funding from the Padma Multi-Purpose Bridge project it also delayed the implementation of the project. If the bank did not involve in this foul game, the project would have been completed nine years back. The Padma Multi-Purpose (then only Padma Bridge) project was conceived by the Sheikh Hasina government in 1997 and some pre-feasibility study was done during this period by JICA. Sheikh Hasina laid its foundation stone on both sides of the proposed bridge on 4 July 2001.

In the election manifesto of Awami League before the general election of 2001 and also of 2008 it was mentioned that once elected the Awami League government will complete the Padma Bridge. When Begum Zia along with her four party alliance won the 2001 election, she scrapped the project saying it is unnecessary. Even in recent times, BNP’s party secretary would regularly say that projects like Padma Multi-Purpose Bridge and the under-construction tunnel under the Karnaphuli River in Chattogram are unnecessary.

Immediately once the World Bank decided to scrap the Padma Bridge funding, BNP pounced on Sheikh Hasina and her family accusing them of being involved in this alleged conspiracy. A section of civil society members and a few print media also supported the irrational step of the World Bank and they would regularly publish opinions of these so-called civil society members. They frequently published their own version of the concocted story dished out by the World Bank. As the names of these persons have been made public by different media it would not be unethical to repeat the names of some of these ‘learned’ pundits. Of course there was Begum Zia who not only hailed the decision of the World Bank but also said there will not be any Padma Bridge during the rule of Awami League.

During her previous tenure, the World Bank withdrew funding from projects like Siddhirgonj Power Plant and Dhaka-Mymensingh Highway expansion. Dr. Ali Akbar Khan, Dr. Emajuddin Ahmed, Enam Ahmed Chowdhury, Dr. Salehuddin Ahmed, Dr. Badiul Alam Mazumder, Dr. Debapriya Bhattarcharjee, Dr. Ahsan H Monsur, Dr. Sadek Ahmed, Dr. Mostafizur Rahman, Dr. Mohammad Abdul Majid, Farhad Mazhar, Badruddin Umar and many others supported the decision of  the World Bank and when Sheikh Hasina announced on 8 July 2012 that the Padma Bridge will be financed by Bangladesh’s own resources most of them called the  decision is not only impossible to implement because  the country does not have enough resource to implement this project but it also is an  insane decision.

Braving all the odds and conspiracy when the bridge became a reality, BNP and some of its self-appointed pundits began questioning the cost of the bridge and some naively began to compare the cost of the Padma Bridge with Assam’s Bhupen Hazarika Bridge (Dhola-Sadikia Bridge) without considering the fact that the two bridges are of different nature. Bhupen Hzarika Bridge is primarily a dedicated bridge built mostly on a long stretch of marshy land and the narrow Lohit river connecting Assam with Aruanachal Pradesh. The bridge is a two-lane bridge and is primarily used by the Indian defence personnel to transport defence vehicles and equipment to the Chinese border adjacent to Arunachal Pradesh. The bridge is also open for public use but the traffic is quite thin.

The conspiracy against the Padma Bridge was not confined only to World Bank or the anti-Awami League forces within the country but unfortunately couple of important insiders also were covertly involved in this conspiracy. In a  recent interview given by then Director of Anti-Corruption Commission Md Shahabuddin Chuppu revealed how an impotent minister (now deceased) and an advisor to the Prime Minister summoned him to the minister’s residence and coerced him to bring charges against then concerned Minister Syed Abul Hossain, arrest him and take him on remand. Chuppu refused to comply with directives of these two important members informing them that there is no credible evidence of corruption against Syed Abul Hossain.

After the inauguration of the Padma Multi-Purpose Bridge, it will not only directly connect the 21 south-western districts of the country but also bring about a major change in the socio-economic life of one-third people of Bangladesh. By road, the distance between Dhaka and most of the south-west districts of Bangladesh will be reduced by at least 100 km. In addition to reducing the time and cost of transporting passengers and goods, vehicle maintenance and fuel costs will be much lower.

According to the Asian Development Bank (ADB), 27 per cent of the total population of Bangladesh lives in south-west region. The bridge will benefit most of these people directly or indirectly. According to the ADB, the Padma Bridge will carry an average of 24,000 vehicles per day by 2024 and 67,000 by 2050. In addition, the Padma Bridge will reduce the distance from Mongla Port to Dhaka by more than 170 km. Paira Sea port will be much nearer to Dhaka and north-eastern region of the country. ADB, JICA and other international agencies forecasted a ‘Regional Industrial Revolution’ in both sides of the bridge. The bridge will enable the region’s annual GDP to grow by 1.7 per cent. It is expected that there will be a rapid growth of mega factories, hospitals, educational institutions, housing and small and medium scale industries in the region. If demand for gas, electricity, internet and internal infrastructure in the south-west can be met, trade between India, Nepal and Bhutan with Bangladesh through the region will increase rapidly. It is also expected that the poverty rate of the region will reduce by 1.01 per cent and by 0.84 per cent at the national level. According to the current base year, a BRAC study estimates a 5 per cent contribution to GDP in 31 years. According to the IMF forecast, Bangladesh ranks 20th in the world in ranking GDP growth in 2022. In 2026, Bangladesh will reach the 3rd position in this ranking, one of the contributors of which will be the Padma Bridge. The region is also expected to generate employment opportunities for about 7.5 lakh people of the region.

The completion of the Padma Multi-Purpose Bridge is a symbol of national sovereignty, pride and dignity and its capacity to complete a mega structure with our own resources. To achieve such a feat needs determined, courageous and committed visionary leadership. Prime Minister Sheikh Hasina has shown to the world community that she possess all of these.

Thank you Honourable Prime Minister. The nation will remember you eternally for this one single feat as your father will be remembered for giving the people an independent country.