The Padma Bridge: A Dream Come True and an Insult Retorted

The Padma Multipurpose Bridge (PMB) is a two-in-one phenomenon. First, in its essence, the bridge is a tortuous realisation of a dream held long over years. A dream of long-standing, when realised, provides its stakeholders with a moment of joy, and, rightly, the people of Bangladesh are now at a proud and joyous moment. The association of dream with PMB is because of two reasons— the difficulty of the involved job and the enormity of the involved resource outlay. Thanks Almighty, and because of the courageous decision of the Hon'ble Prime Minister Sheikh Hasina, Bangladesh has mustered both the odds. Kudos to Sheikh Hasina, and thanks to the people of Bangladesh, whose money defrayed the cost of building this dream-bridge. Second, the question of self-financing came crucially up when the World Bank (WB) raised corruption allegation against the nascent project and, in a dramatic performance, withdrew its financing. Now, as the PMB stands tall and strong, the WB is supposed to have received a slap on its face. Above all, the people of Bangladesh, armed with strong leadership, have demonstrated that they could muster enough resilience to face any challenge. Thus, the message got across loud and clear is that, the people of Bangladesh, if they will, can perform.

The financing plan and loan signing were finalised with development partners.

Bangladesh decided not to take loan from funding agencies on 9 July 2012 and took decision to complete the project from GOB fund/budget. Such a decision had in the background the WB allegations which were subsequently unfounded.

The feasibility study of the PMB began in 1999, when the Awami League (AL) was in power. The foundation stone was laid by the then Prime Minister on 4 July 2001 (as per record). The Bangladesh Nationalist Party (BNP) while in power, conducted another feasibility study; but they could not proceed any further. After coming back to power, the AL restarted the work on the bridge in 2009. On 17 June 2014, the China Major Bridge Company Ltd was selected to construct the aspired bridge on the river Padma. According to official record, the Prime Minister Sheikh Hasina inaugurated the construction of the main bridge on 12 December 2015. The first span was installed in 2017. 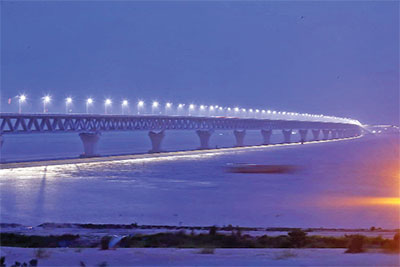 It was essentially the corruption allegation by the expert committee chief Louis Moreno Okampo that made the WB cancel funding of the bridge by the donor sources. But as it transpired later, the deal was struck off as the WB found out that its favourite contracting farm was not given the job. The melodrama that ensued cost then Roads and Highways Minister Syed Abul Hossain his job who was subsequently cleared of all the fictitious and motivated charges. He emerged as clean as ever. But, as the irony of fate has it, Okampo is indicted for corruption charges, and the papers against him number about forty thousand.

The PMB is supposed to connect 21 districts in the south. Moreover, direct communication will be established between the Mongla Port and Benapole Land Port through the capital and the port city of Chattogram.

The Prime Minister Sheikh Hasina has rightly directed the authorities concerned to construct a museum at the Bhanga end with the scrap-materials of construction. I believe this is a right step to uphold the history of this extraordinary national feat and keep the posterity informed of the same.

The PMB is a dream-project of Bangladesh, the realisation of which is an accomplishment only second to our inevitable victory in the 1971 Liberation War. Both the project and the Liberation War were initially considered impossible jobs to do. But, in both cases, leadership plus people's indomitable will rendered both the jobs well-done. With reasons, therefore, we take pride in the Liberation War as well as the Padma Bridge.

The writer is a Bangabandhu Chair Professor, 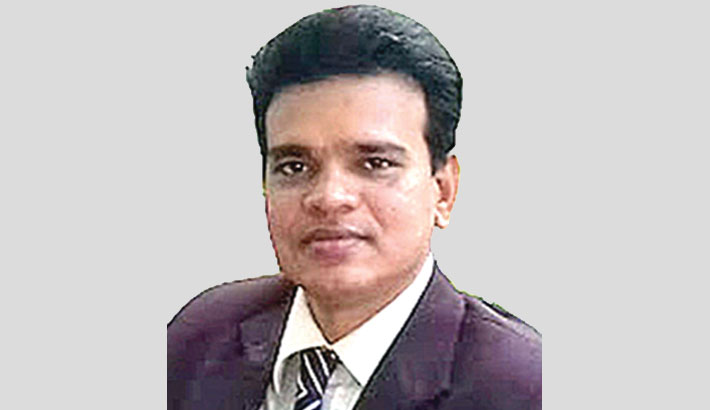 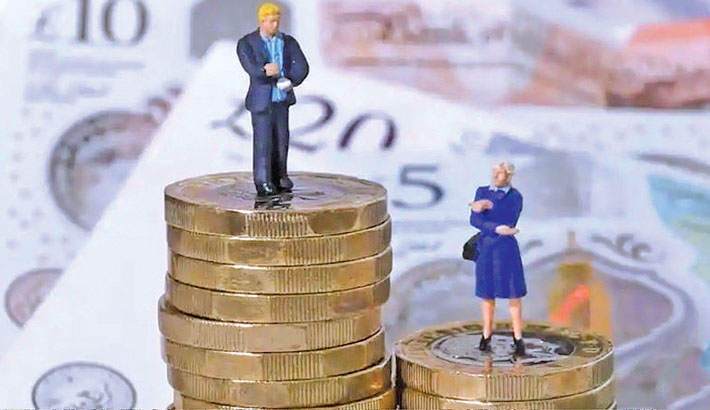