“Padma Bridge is going to be opened on June 25. This is really a wonderful moment for the country," he said highlighting the growing presence of quality infrastructure in Bangladesh.

Ambassador Naoki said clearly those who are looking at Bangladesh and its economy will have strong confidence in the improvement of quality infrastructure across the nation – in Dhaka, Chattogram and Cox’s Bazar. 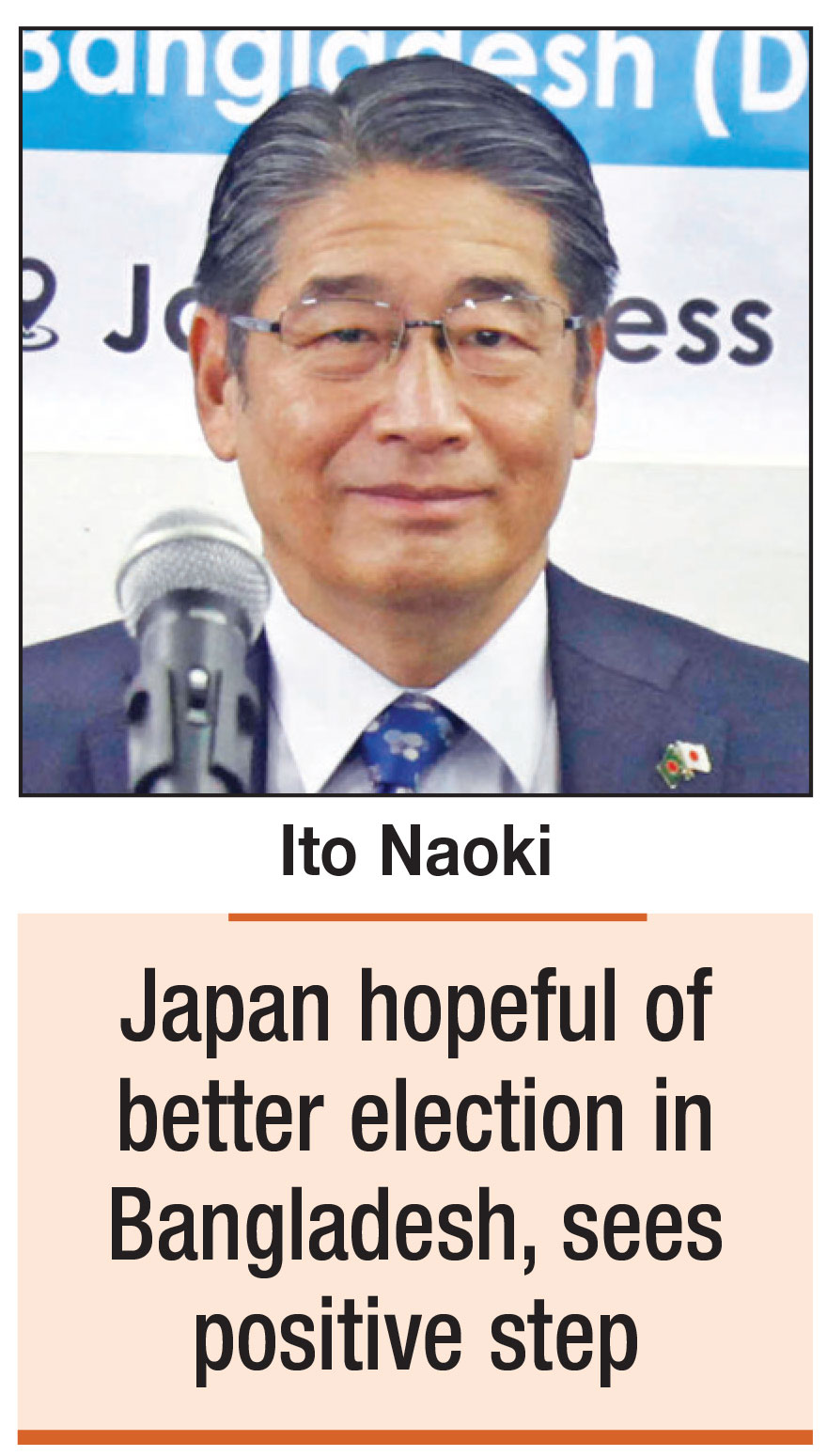 This gives confidence in the minds of investors and in three to five years’ time from now, infrastructure development can be an advantage in attracting foreign investment in Bangladesh.

Ambassador Naoki said the direct flight operations between Dhaka and Narita will soon be resumed which will give a sense of confidence among investors. He said Covid-19 pandemic delayed the overall preparations.

Naoki said there is growing interest among the Japanese investors to come and invest in Bangladesh. “There’s no doubt that Bangladesh is going to be the fastest growing economy in Asia in this decade.”

The ambassador highlighted the key factors, including growing quality infrastructure and stable environment.

He said the Dhaka Metro rail will begin its commercial operation by December this year and Bangladesh is becoming a very important destination for investment.   The ambassador also updated on Bangladesh Special Economic Zone in Araihazar which is also getting ready to host investment.

He also highlighted the mega projects for connectivity such as Hazrat Shahjalal International Airport expansion, Matarbari deep seaport, and Bangabandhu Railway Bridge which are in line to be completed.

Naoki also said that Japanese companies are more interested than ever to invest in Bangladesh as the government here has more coherent policies that draw foreign investments and its economy is growing continuously.

Meanwhile, the Japanese ambassador expressed his optimism that Bangladesh will have a better election this time compared to the last national election as he sees some positive measures to that end.

The Japanese envoy said the election is scheduled for the end of next year but he is aware that the media outlets are talking about and covering the election issues almost every day.

“So, naturally any ambassador is required to have a certain level of interest in this upcoming election,” he said.

Ambassador Naoki said his hope and expectation is that there will be some more measures between now and the end of next year in light of holding a better election, a free and fair election, compared to the last national election.

The envoy said he has been telling some of the government officials that Japan hopes that Bangladesh will have a better election; a free and fair election, this time. “I am going to continue to raise these points to the government.”

"You will be surprised to hear that even the Japanese embassy issued a statement with some concern immediately after the last general election, in December 2018. The main focus was the violence which occurred surrounding the election situation," he said.

Reportedly, the envoy added, there were some unfortunate cases regarding how elections were conducted last time.

Talking about the role of media, the ambassador said, "I think to conduct better elections, the space for the media is important on how they can play a role to portray people's voices here so that every single vote can be counted, every voter can have an opportunity to state his or her say. So, I think the media's role should not be underestimated."

He also mentioned some rules and legislation including the Digital Security Act (DSA) and said, "I am hopeful that there will be space for media during the election next year."

The ambassador laid emphasis on continuation of policy consistency and stability in the country to keep its growth unhurt.

The Japanese ambassador said that Tokyo is also interested to sell defence equipment to Bangladesh.

A Japanese private company visited Bangladesh to understand the level of interest in procuring defence equipment, particularly radar for the Air Force.

“This is an area to work with the government of Bangladesh as Bangladesh is trying to diversify the source of defence related procurement,” he said, adding that Japan has also relaxed its regulations in terms of exporting defence equipment.

It is already exporting defence equipment to Vietnam, the Philippines and ASEAN countries.

The envoy laid emphasis on early repatriation of the Rohingyas but reminded that there is a political reality which is a very difficult issue.

"This is a very difficult situation," he said, adding that they are calling for restoration of democracy halting violence.

Naoki said the crisis should not be allowed to become a destabilising factor for the region. "We need to have more coordinated approach to address the problem."

Restoration of democracy in Myanmar and improving the conditions in Rakhine state will be conducive to the repatriation of the Rohingyas to Myanmar, he said.

UN Ocean Conference ends with commitment to save oceans

Traders are bringing sacrificial animals to cattle markets in the capital from different parts of the country by trawlers alongside trucks. The photo was taken from Postagola Bridge on Saturday. —Md Nasir Uddin