RAJSHAHI: Betel-leaf farming has been playing a vital role in improving the socio-economic condition of people in many areas of the region, bringing smiles on farmers’ faces as it makes their fortune.

The number of its growers and acreage is increasing gradually as the cash crop is more profitable than many other seasonal crops and vegetables to the farmers.

Advocate Abdus Salam, Chairman of Mohanpur Upazila in the district, said the local farmers are becoming interested in betel leaf farming as they have been getting fair price of the produce in the market for the last couple of years. Betel leaf grown in the district had high demand at home and abroad for its quality and flavour, he said.

Officials of the Department of Agricultural Extension (DAE) said the topographic and climatic condition of some upazilas like Mohanpur, Bagmara, Durgapur, Puthia and Paba are very suitable for the farming of the betel leaf, reports BSS.

Muhammad Ali, a farmer of Chandapur village in Bagmara upazila of the district, had become self-sufficient through betel leaf farming.

As the first betel leaf grower in his locality, Ali earned fame as a successful farmer in the region.

His three sons - Aminul Islam, Abdul Hamid and Ali Hossain - supported him in his work earnestly.

With the profit of farming betel leaf, Ali built a concrete house for the first time in the area.

His success had inspired many of his neighbours to set up betel gardens and they were all doing well now.

Aminul Islam said earlier they had very little land and owned only one garden. Now they have 12 bighas of land and have four to five separate gardens.

He said that they worked very hard and spent most of their time with nursing the betel leaf plants.

Although they had little formal education, they were now committed to educating their children with their earnings.

Abdul Hamid said that the demand for Bagmara’s betel leaf had risen gradually in different parts of the region, including Bogura, Rangpur and Dinajpur.

He said that the leaf was also being exported to different Middle Eastern countries and had become much popular in Saudi Arabia.

Earlier, we used to sell betel leaf at different local markets like Atrai, Taherpur, Mohanganj, Mollapara and Aloknagar, he added.

At present, Aloknagar had become a big market for betel leaf and many wholesalers and retailers came to the market from different areas to purchase the betel leaf.

Muktar Hossain, a farmer of village Bakhtiyarpur in Durgapur upazila, said that two types of betel leaves were cultivated in the area, the sweet betel leaf and Sanchi betel leaf.

The sweet betel leaf account for 70 per cent of the total cultivation and it was the more popular type among farmers.

Mokbul Hossain, another farmer of Mohanpur upazila, said that his wife and he had been cultivating betel leaf for more than 21 years.

Mozder Hossain, deputy director of the DAE in Rajshahi, said they provide necessary technology to the growers together with disease control measures.

Professor Aminul Haque of the Department of Agronomy of Rajshahi University said that betel leaf farming was profitable compared to many other crops.

He said that Tk 2 to 3 lakh could easily be earned from one bigha of land if the farming method was modernised.

Betel leaf was grown on around 2,000 hectares of land in the district producing around 35,000 metric tonnes, he said.

The net worth of the crop is around Tk 90 crore annually and over 25,000 farmers are involved in its cultivation directly. 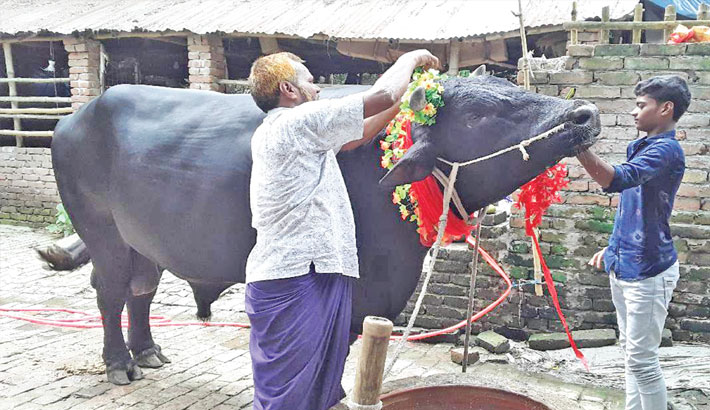 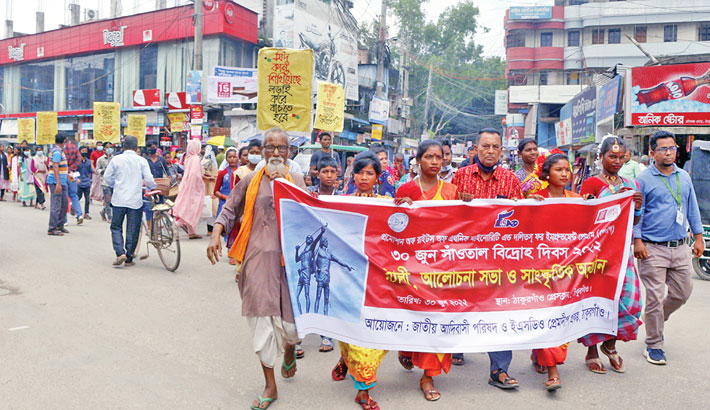