Some leaders under watch

Major opposition Bangladesh Nationalist Party (BNP) has kept a close eye on the activities of some leaders of the party and a few of its allies fearing that they may break away ahead of the next general election to make their personal gains.

The party has already announced that it will not participate in the next parliamentary elections under the partisan government and if anyone joins the polls defying the decision, those will be branded as ‘betrayers’.

Asked whether they fear that conspiracies might be hatched to split BNP ahead of the next general election, he said they will not give the government any scope of conspiracy as its days are ‘numbered’.

BNP insiders said the party high command fears that the government may try to convince some leaders of the party and its allies at the last moment to participate in the general election.

“BNP has kept an eye on the activities of some central leaders of the party and some components of the 20-party alliance and Jatiya Oikya Front as they held some meetings organised without knowledge of the BNP high-ups,” said a central leader of the party, wishing not to be named.

The party sources said around 20 leaders of different levels and some leaders of two components of the 20-party alliance and a partner of Jatiya Oikya Front remain under watch as they held some secret meetings at home and abroad keeping BNP in dark.

The party has warned some of its central leaders, including two vice-chairmen, a young executive member, two leaders of Jatiyatabadi Muktijoddha Dal and a teachers’ leader, several times for their ‘suspicious’ activities, the sources added.

BNP insiders further said a few leaders of the party reached an understanding with the third party in 2020 and got involved in anti-government movement without informing the party high command. And the group has become active again ahead of the next parliamentary polls.

They held several secret meetings in Thailand and Nepal in an effort to reorganise a group of the party men ahead of the next polls minusing acting party Chairman Tarique Rahman.

The party central command came to know about it later.

Following recent ‘suspicious’ activities, the party has already taken action against some of its central leaders for violating the party discipline.

It has served show-cause notice to party Vice-Chairman Shaukat Mahmud, demoted ANM Ehsanul Haque Milon from the post of international affairs secretary and gave warning to some other leaders.

“Acting party Chairman Tarique Rahman is well informed of the issue and he has already asked senior leaders to keep an eye on around 20 leaders of the party and take action against them in phases,” a BNP leader told the Daily Sun, wishing anonymity.

A senior leader, seeking not to be named, said they have come to know that the group is trying to organise a group in a bid to keep the party under their control minusing Tarique Rahman.

BNP in April this year sought explanation from Shaukat Mahmud for holding a rally in the city ignoring the party's decision.

On March 27 this year, a rally was held in front of the Jatiya Press Club under the banner of "Professional Society.” Leaders and activists of BNP and its associate bodies joined the programme under the leadership of Shaukat Mahmud.

Lt Gen (retd) Chowdhury Hasan Sarwardy, some leaders and activists of BNP, its front and associate organisations, leaders of Jatiya Ganatantrik Party, NDP and Labour Party were also present at the rally.

Earlier in December 2020, the party had issued a show-cause notice on Shaukat Mahmud and another Vice-Chairman Hafizuddin Ahmed for violating the party discipline by staging a sudden demonstration in the city "misguiding" party leaders and activists.

On December 14, 2020, a group of BNP leaders and activists created sudden gathering at the Zero Point of the capital demanding release of BNP Chairperson Khaleda Zia and resignation of the government. Shaukat Mahmud, teachers’ leader Sadeq Khan and a Kalyan Party leader was present there. 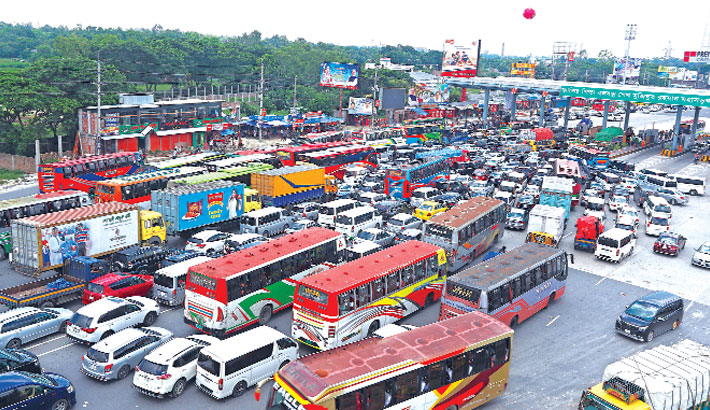 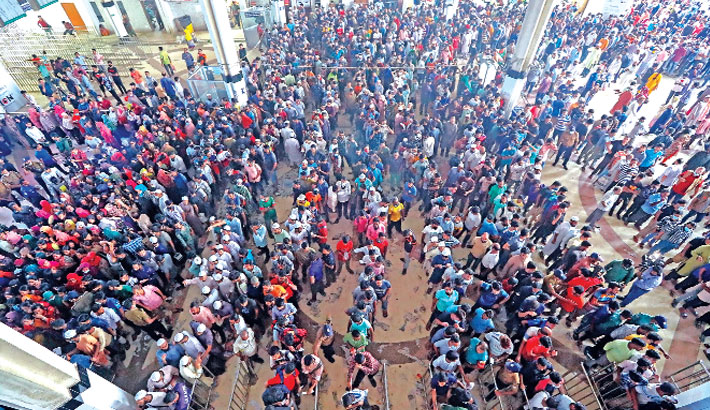