Bashundhara Kings did what they could’ve done at best against Gokulam Kerala FC – beating them 2-1 – at Vivekananda Yuba Bharati Krirangan in Kolkata, India during their last Group D match of the ongoing AFC Cup and it also kept alive their knockout qualification chances on Tuesday.

Gokulam’s Jamaican forward Jourdaine Fletcher returned one goal in the 75th minute to bring some excitement to the Indian team dugout but Kings held their nerves in the final moments to finish the group stage with their second win.

Kings’ win also confirmed the elimination of Gokulam, which could win only one game from their three matches.

With Kings on six points, a draw or Maziya win in the last group match would see Oscar Bruzon’s men advance while an ATK Mohun Bagan victory will take the Indian Super League outfit through to the knockout stage by virtue of their head-to-head record.

The last Group D between Maziya and Mohun Bagan was scheduled to be held at 09:00pm (BST) on Tuesday night.

“Played an excellent match against the current I-League champions. We have proved our capabilities. The big achievement is the win in the contest,” said Kings’ Spanish coach Bruzon after the end of the match.

Both Kings and Gokulam came with several changes to their playing XI in their last group match. 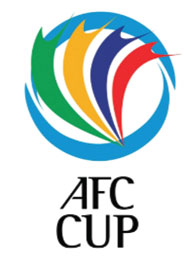 The Indian side also made two changes - two midfielders Sreekuttan and Jithin came in the places of midfielder Thahir Zaman and defender Abdul Hakku.

Kings started to put pressure on their opponents from the beginning of the match and Brazilian Robson opened the account for them in the 36th minute.

Kings captain tricked his way past at least three Gokulam defenders before burying the ball with a right-footed powerful shot into the far post.

Robson also helped Nuha to extend the margin in the second half. Nuha headed the ball, off his floating delightful cross from the left-hand side.

Gokulam reduced the gap 2-1 while Jourdain arrowed a low strike into the net following defender Mohammed Jassim’s cross with a quarter of an hour remaining but it couldn’t deny Kings from earning the full three points.

“We gave a satisfying performance. My teammates played an important role and supported me to give my best for Bashundhara Kings,” said Robson after the match.