Bangladesh opener Tamim Iqbal remained the central figure on the third day of the two-match Test series opener - both on and off the field.

The left-handed batsman scored his first Test hundred after a gap of 39 months to end his long wait in the white colour before retiring hurt on 133 runs due to cramping his legs.

Off the field, the BCB Cricket Operation Chairman Jalal Yunus informed the media that they’re not sure regarding his availability in the upcoming ICC T20 World Cup and it brought his name again into the spotlight. 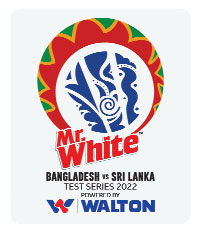 Tamim earlier on January 27 said that he had taken a six-month break from the shortest format but a formal announcement regarding his taking part in the T20 World Cup is yet to be made.

“Tamim Iqbal is one of the senior players on our side and he understands his position better than anyone else. You all know we had a meeting with him regarding this. He had told you (media) exclusively about his plan and now what we have to say,” said Jalal.

“After completing the six months, he will officially tell you about his decision and you will know through him about his plan and I can’t say anything about it.

“We have tried during the last three to four months and he said that he had taken the decision considering his career and future and we pay full respect to that,” he added.

While his T20I future was up for discussion, Tamim seemed to be focused on doing his job to end his century drought in red-ball cricket.

Tamim, who scored his last Test hundred against New Zealand in Hamilton in February 2019, played 16 innings before his heroics at his home ground.

During this time frame, he struck six half-centuries that included two nervous nineties and that too against Sri Lanka on both occasions.

If that is not enough (finish the century drought spell in Tests), it must be a satisfying effort for the veteran considering he scored his second century at his home town and that too after a gap of seven and a half years.

His only Test century in front of his home fans came against Zimbabwe in November 2014 and following that innings, he played six Tests at the ZACS and managed to come up with the only notable performance of 78 runs against England in 2016.

Tamim, who resumed on 35 runs, certainly looked relieved after reaching his 10th Test ton that was decorated with some brilliant stroke play.

He also guided his young partner Mahmudul Hasan Joy with whom he formed a record opening partnership of 162 runs against the Lankans.

Despite losing his partner, Tamim didn’t lose control and started to dominate the proceedings before his innings was halted abruptly for his cramp due to batting under the scorching heat.

Bangladesh head coach Jamie Siddons said after the second day’s play that they are hoping that he will be all right to bat on the fourth day and make the most out of it in the middle.

“After two days in the field and batting like he did in the heat - running between the wickets - it takes a lot out of you. I can understand that he cramped up. After a good night of taking some food and fluids, I think he will be fine tomorrow,” said Siddons, adding that he was impressed with the way Tamim batted.

“Tamim was very disciplined today. He didn’t go fast. He looked like Angelo Mathews actually. Very patient in taking ones when they were there. Only hitting fours when they were handed to him on a plate. He didn’t really take on the bowlers like I have seen him before,” he added.