The government may witness a sharp rise in electricity subsidy totaling Tk 248.77 billion in the fiscal year 2021-22 due to costly power generation after fuel price hike in the global market.

The international energy market becomes volatile because of Russia-Ukraine war.

Bangladesh Power Development Board (BPDB) already informed the Power Division that 34 percent of VAT on imported furnace oil and the heated international energy market may push the subsidy to Tk 248.77 billion in the FY2021-22.

The government allocated Tk 90 billion in the current fiscal year, according to the official sources. 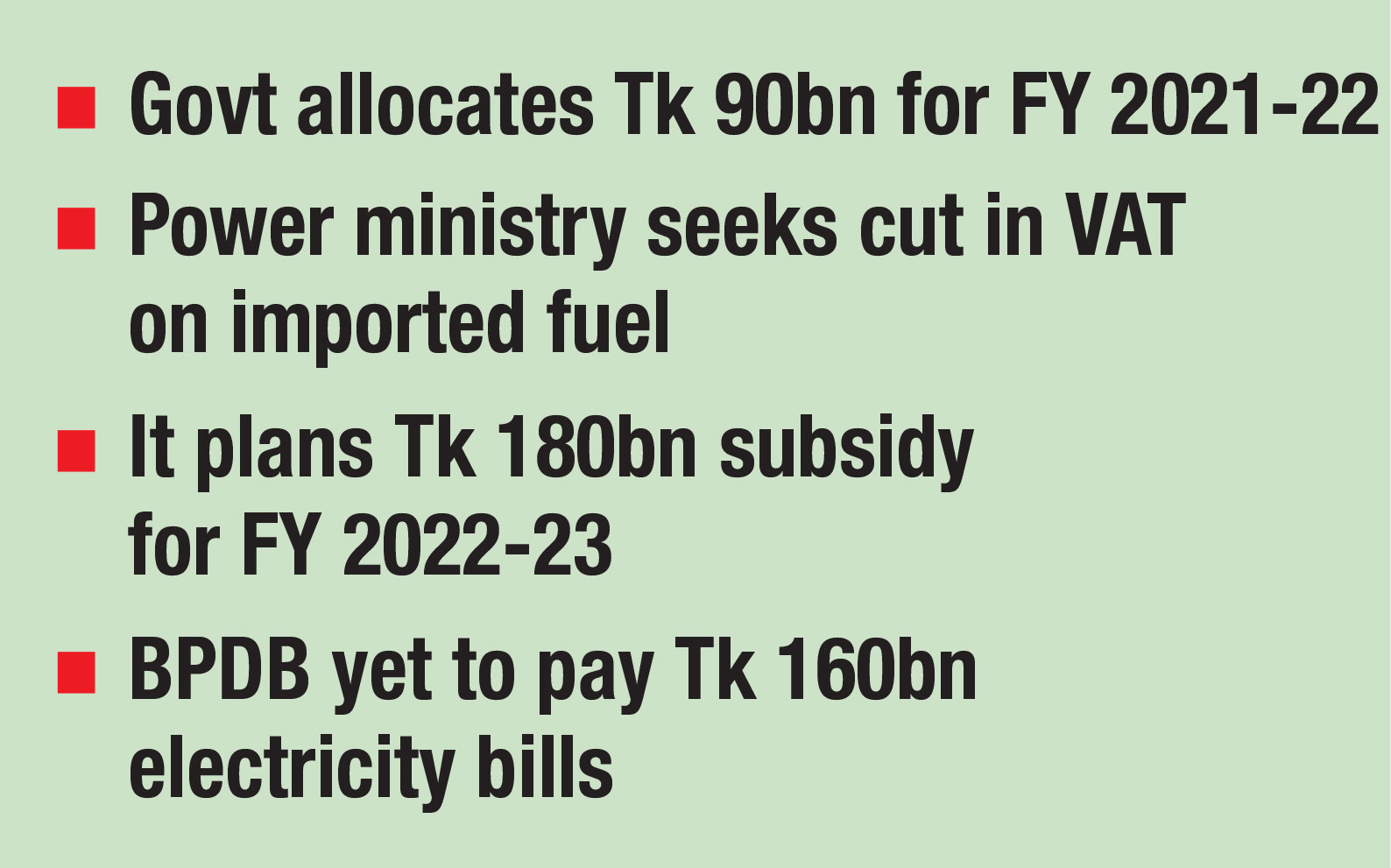 “I have already requested the Ministry of Finance to cut down the VAT and other duties on imported fuels as the cost affects the power tariff,” State Minister for Power and Energy Nasrul Hamid told the Daily Sun yesterday.

He said the electricity production cost will come down significantly through adjustment of VAT and duty structures on furnace oil during the crisis period.

BPDB has yet to pay Tk 160 billion electricity bills from November, 2021 to February, 2022, another official said.

This aims to lower the energy tariff due to volatility in High-Speed Furnace Oil (HFO) prices in the international market over Russia-Ukraine war.

HFO tariff increased to $750 per tonne now, which was around $200 per tonne in January 2020, said an importer of a private power generation company.

He added the cost of per kilowatt electricity generation rose to Tk 16-18 due to the rise of HFO market prices.

State Minister for Power and Energy said the NBR set the VAT on HFO import when the market price was stable. “But, it creates more pressure on liquid fuel-based power generation. It should be addressed right now,” he said.

According to BPDB, Bangladesh’s electricity generation capacity is now 21,484MW. Of it, HFO-based power projects contribute 27.39 percent or 5884MW.

BPDB depends more on HFO-based electricity generation due to gas crisis and volatility in the international market.

According to finance ministry sources, the government has a plan to set Tk 180 billion for power subsidy in the next fiscal year 2022-23 which is double from the current fiscal year.

But, the BPDB estimates the projection will be much higher against the finance ministry projection.

The government is planning to come down the subsidy through adjustment of power and energy tariff despite opposition of consumers right groups.

The government plans a Tk 827.45 billion subsidy package for the next fiscal year.

The subsidy allocation is an increase of 53.7 percent from the current fiscal.

The government has also a plan to raise subsidy on LNG and oil imports by 68 percent to Tk 173 billion.