In late autumn (to be accurate hemanta in Bengali) a cyclone suddenly formed. Although it turned dull in the Bay of Bengal it dismantled in late autumn. Against the normal law of nature gentle wind was blowing from the south instead of cold wind from the north. Eight states in the United States, including New York, suffered a major setback after Hurricane Idar hit Louisiana-Mississippi in last September claiming 761 lives. Due to the sudden rain of an hour, roads looked like streams of flood water. Many cars were swept away in severe current. However, these are neither new nor unprecedented. Whim of nature is gradually increasing, and the climate is changing. Though common people realise it, the head of states did not have time to think about it during the pandemic. However, despite all these they met in Glasgow in October-November last year but did Cop 26 show any light?  This question naturally comes forward again on World Weather Day.

The most talked about issue of international diplomacy during the last two decades is certainly climate. The stage of the World Climate Conference is the arena of this diplomacy. Ahead of signing international agreements, bargaining between various states and groups naturally takes place but at the end a consensus on the basis of mutual cooperation is a common expectation. Yet, despite the signing of the agreement at the Glasgow Conference diplomatic conflict between the rich and developing nations has remained a major issue. European-American diplomats are blaming India, Asians are pointing fingers at the attitude of rich countries.

There is nothing new to say about global warming. An international treaty was signed to prevent the earth's average temperature from rising by 2 degrees Celsius. But the Intergovernmental Panel on Climate Change (IPCC) reports that the average temperature has risen 1.5 degrees Celsius since the pre-industrial revolution. To prevent this it is necessary to reduce carbon emission gradually to zero. Diplomatic rope pulling is continuing how fast the countries will do it. India says it needs time till 2070 to reach zero. In Glasgow, Prime Minister Modi has outlined five steps to do it: 500 gig watts of environment friendly power generation by 2030, generating 50% of total electricity generated from renewable energy, reducing 1 million tons of carbon emissions and reducing 45% carbon dependence of the country's economy. Towards India has played another diplomatic trick. Opposing the proposal to stop subsidising coal proposed to reduce it step by step. China, Iran and Cuba stood beside India. Its inevitable result is diplomatic battles between the two opposite camps. 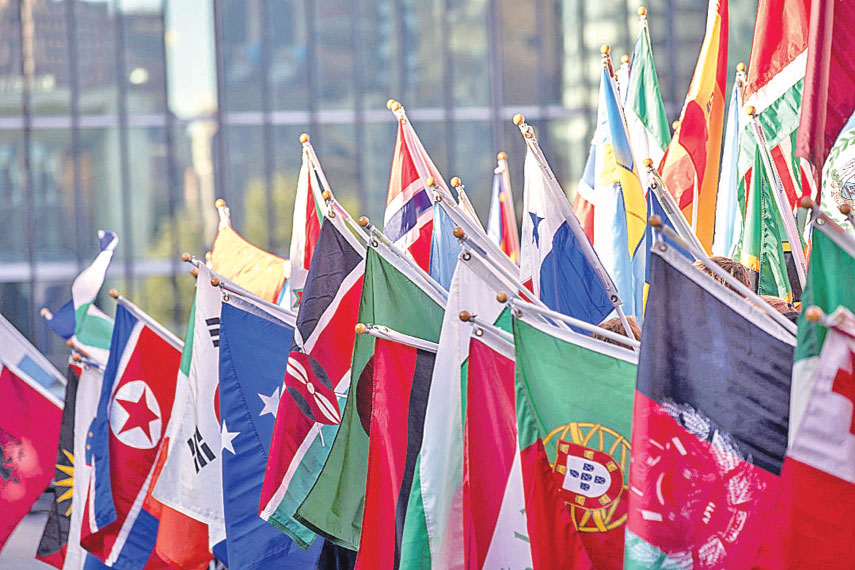 Rich nations easily put forward the suggestion that excluding coal should be excluded as a source of energy. But it is impossible for a developing country to even stop subsidies. That is why the rich have put the countries that want to be rich on the fence. But can it be done? India is second only to China and Britain in total emission but the United States, Britain, the European Union, Canada, Australia, Russia and China account for 70% of the world's per capita emission. What is their role in preventing global warming? At the Copenhagen conference it was said that rich countries would pay 100 billion US dollars by 2020 to tackle climate change. The main aim of this decision was to provide logistic support to financially backward countries to compensate for the damage they suffered from carbon emission because they are the most endangered. But they did not pay it and unfortunately they consider this money as 'charity', not as their liability. They want to blame the relatively poor countries for carbon emission. Therefore, many countries of Asia and South America have sided with India in its role in Glasgow.

Instead of agreeing to consolidate unity at the international arena, rich and developed nations have contributed to increase rift. In Glasgow, European countries have tried to impose their views on developing countries. They have not curtailed coal but insisted developing countries to do it fast. 21st century is no longer an era of colonialism but developed countries have exposed their colonial and authoritarian character in Glasgow. In schools senior students command the juniors. Similar attitude has been found in Glasgow which has proved that climate diplomacy has not yet overcome its kindergarten stage.

As a result, division between the rich and the developing world has become the ultimate reality which is against the expected overall unity to reduce the adverse effects of climate change. Simultaneously, the stage of 2021 also highlighted the fear of failure to stop the rise in temperature in future.

Why Indo-Bangladesh River Conference Is so Important

Keep a tight rein on manipulators