Celebrating Decade of Mobile Financial Services for the Marginalised

In the first decade of this century and in the context of the global economic downturn, there was a resurgence of development-oriented central banking away from inflation-controlled central banking. The key to development-oriented central banking was to go beyond the traditional boundaries of the financial services sector and accelerate sustainable growth while maintaining macroeconomic stability by ensuring financial inclusion of the people belonging to the bottom of the social pyramid. It is heartening to note that Bangladesh is now internationally recognized as a 'pioneer' in this type of inclusive banking. I consider myself extremely fortunate to have had the opportunity to serve as the Governor of the Central Bank of the country in the wake of the Global Financial Crisis. At that time, our main focus was to ensure the financing in the 'real economy' through getting financial services at the doorsteps of the marginalized customers who are normally beyond the reach of financial services (especially those in agriculture, MSMEs, and women entrepreneurs). It leads to the sustainable development of their standard of living on one hand and increases macroeconomic stability and growth of employment on the other. This is made possible by the enhancement of domestic consumption and demand. With the appropriate policy support of the highest policy-making body, we have been able to get the expected results from that effort. Fortunately, this flow of support has been continued even today. 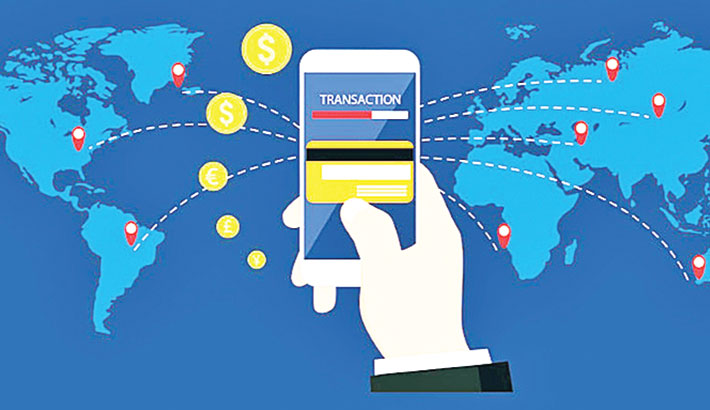 We chose digital technology as the most effective and efficient way to deliver financial services to the marginalized. That is why the process of modernization and digitization of the central bank has undergone extensive transformation. Mobile financial services or MFS started its journey in Bangladesh a decade ago. We gave a regulation then and the government is now working on a more broad-based law on digital financial inclusion. This will certainly give a push towards further innovation in the area of digital financing.  MFS was new all over the world then. In the meantime, we were very optimistic about the future of the MFS service that we launched in this country which was a 'Bank Led Model'. Within a few years of the start of the journey, it was not surprising to see it spreading widely. However, the benefits of our overall financial inclusion drive and especially digital financial inclusion initiatives such as MFS and agent banking have been most visible probably during the Corona pandemic. Statistics show that the total number of MFS accounts has increased from 82.6 million in March 2020 to 111.5 million in December 2021 (i.e., about 29 million new accounts have been added) since March 2020. That means this number has increased by about 35% during this period.

It is understood that MFS has become a great help to the people of this country during the Corona crisis as the financial services reached their fingertips. However, since we started MFS with the idea of providing easy and accessible financial services to the unbanked marginalized, there has always been special interest among many to know about the role of MFS in the life of marginalized people living in Char. Research on the basis of more comprehensive data and analysis and a larger survey may surely be done in the coming days. However, a research team from our research institute ‘Unnayan Shamannay’ has recently come up with the impact of the MFS on the people of char areas by observing the field realities from a close quarter. Let me share with my readers those experiences.

As expected, we have seen widespread MFS services in remote char areas. The char people themselves are fully aware of this. MFS is also being welcomed there. However, the factors that played a special role in getting the maximum benefit of this service were- First, getting the electricity connection to the Char. Second, having a mobile phone network proved to be useful. Above all, the demand for quality financial services and other services has increased as a result of improving the overall quality of life of char people. It should be borne in mind that in addition to the financial service providers, government and non-government stakeholders have also played an important role in the spread of MFS in Char. Therefore, it is understood that in the remote areas where the availability of electricity, network, etc. has not been improved much, there is a huge potential for the spread of MFS.

Our observations show that the poor people in Char use MFS mainly to withdraw money sent by others. Utilization of other aspects of this service (deposit, borrowing, etc.) has not yet been established in remote areas like Char. However, the opportunity to withdraw this remittance easily has made the life of the Char people much easier. Relatives in the mainland or farther away in the big cities can send money to the Char people whenever they want. Thus, their financial security has been greatly enhanced. At the same time, the stability of consumption including food has increased. This financial flow is playing an important role in alleviation of seasonal poverty (‘Monga’) as well. During the COVID pandemic, when travel was suddenly restricted, it was possible for the char people to easily accept money through the MFS. As a result of that experience, the confidence of Char people in MFS has increased and many have now opened new accounts. In the perception of Char people, it can be said that the MFSs have 'passed the corona test'.

One aspect that stands out in the context of reliance on MFS agents is that the poor Char people are mainly dependent on the knowledge of agents regarding digital technology for availing the services of MFS. Only a very little proportion of Char people would like to use MFS by running the app themselves. Moreover, the situation has not yet been created for all the poor people in Char to use smartphones. Another noticeable thing is that ‘Social Capital’ seems to be playing a big role in the MFS ecosystem in the Char areas. Those who become agents are the familiar faces to the people. So, even though there is a lack of understanding about digital technology, they are relying on these agents to get MFS services. For example, when the cash support of the government was given through MFSs during the Corona crisis, these char people opened MFS accounts in groups, and the agents assisted them in the whole process. If the government’s cash support or any instruction comes in the form of SMS, the char people rush to the agents to find out what to do. Indeed, agents have become their friends in need.

Agents in char areas are, therefore, emerging as non-agricultural entrepreneurs. It is worth mentioning here that during the period from March 2020 to the end of 2021, the number of agents has increased from less than 1 million to 1.1 million. With the increasing use of MFSs, many are now showing interest in becoming agents. As a result of increasing the number of agents, it will be possible to bring financial services closer to the extensive number of Char people. And, with each agent, there are one or more employees. So, with the increase in the number of agents, the expansion of rural employment is also taking place. This has a significant impact on our inclusive growth as well.

What is really surprising about our observations is that the trend of sending money from the big cities to the outskirts which we usually see, has been seen to be the opposite though for a short period in some areas. We have seen urban slum dwellers working in the informal sector who regularly send money to rural areas through MFS were in dire straits for losing their jobs during the lockdown. Most of them may have returned to their villages for some time. But there are a few cases where the dependents from the village have sent money to the informal workers living in the city through MFS so that they could manage to survive during the time of crisis. In other words, the city dwellers have been able to ensure the well-being of the family by sending money to their village regularly and they got these returns during their stay in the city amid the Corona crisis. In my opinion, there is a need for more detailed research on this matter.

Innovative initiatives for MFS services, however, have not stopped. An MFS service provider in association with a commercial bank has already started a 'Digital Nano Loan' program and is succeeding in reaching many unbanked aspiring small entrepreneurs. NBFI and MFS service provider together has also come up with a savings scheme for MFS users. A scheme is also being experimented with to ensure that those who shop from small shops can pay the price through MFS. I think this kind of innovative initiative will also get customer support in Char areas.

Many marginalized people have opened new accounts due to government cash support provided through MFS during the Corona period. However, their use of MFS is limited to withdrawing that social security support. Therefore, by the end of 2021, the total number of registered accounts was 11 crores, but the number of live accounts is now only 4 crores.  But I see it as a possibility. The spread of MFS will surely be accelerated if those who have registered here only for government cash support can be pushed to use these accounts for other purposes as well. I think our success in MFS will be considered as a global model just like our achievement in microfinance if the customer interest is protected with proper policy and attention. So far, both Bangladesh Bank and the government law enforcement authorities have done well in maintaining customer confidence in MFS.

We also hope that microfinance companies will be able to digitalize their instalment collection and lending operations efficiently through using MFS. In fact, some of them have already stepped in.

No doubt, the marginalized people are very happy to get this user-friendly financial service. They think that if it was not there, they would have to go to the city and withdraw money from the bank. Combining the waste of time and the cost of transportation, they calculate that the cost of MFS is very affordable; hence, not much customer dissatisfaction with the charges.

It is interesting to see how Bangladesh Bank’s financial inclusion drive, which started almost a decade ago, is gradually evolving. The efforts that Bangladesh Bank has been making from the very beginning to make this service more customer-friendly and accountable by supporting appropriate innovations are to be commended. This service is not for some. This service is for everyone. This is indeed, a good finance for many and not for a few. I look forward to accelerating this process of humane financing in the near future. Congratulations to Bangladesh Bank and all stakeholders on the completion of ten years of this humane service.

The author is a renowned economist, Chairperson of Unnayan Shamannay, and former Governor of Bangladesh Bank 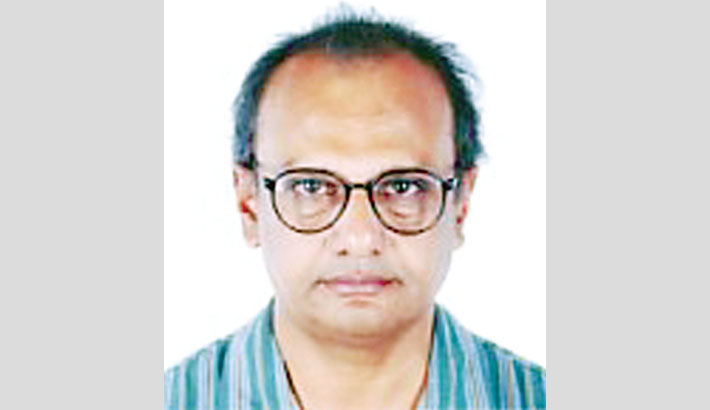 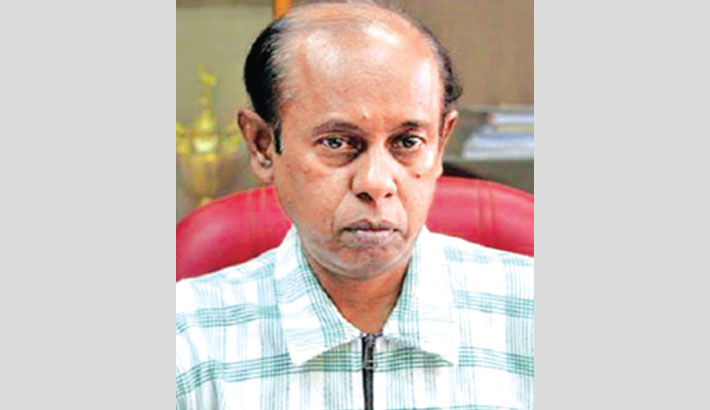 Nazrul – Not Only Poet but also Fearless Journalist