The Sunday launch is Pyongyang's eighth so far this year, including test-firing its most powerful missile since high-profile negotiations between leader Kim Jong Un and then US president Donald Trump collapsed in 2017.

Diplomacy has languished ever since. And despite biting international sanctions, Pyongyang has doubled down on military development, threatening last month to abandon a self-imposed moratorium on firing long-range and nuclear weapons.

Analysts had widely predicted Pyongyang would seek to capitalise on US distraction over Russia's Thursday invasion of Ukraine with new tests.

South Korea's military said Sunday it had detected a ballistic missile fired towards the Sea of Japan at 07:52 local time (2252 GMT Saturday) from Pyongyang.

"The latest ballistic missile has a range of around 300 kilometres and an altitude of around 620 kilometres," it added. Japan also confirmed the launch.

South Korea's presidential Blue House expressed "deep concern and grave regret", and criticised the timing "when the world is making efforts to resolve the Ukraine war".

South Korea has said it will join international economic sanctions against Russia and, as a key US security ally, is closely watching Washington's response to Moscow's aggression.

Pyongyang, on the other hand, is "seizing the opportunity" to conduct weapons tests while "the US interest shifted to Europe over the Ukraine crisis and the UN Security Council unable to function," Shin Beom-chul, a researcher at the Korea Research Institute for National Strategy, told AFP.

North Korea sees this as a perfect moment to "continue its development of necessary weapons and to strengthen its nuclear arsenal", with a view to being recognised as a nuclear power, he added.

Ukraine, which emerged from the Cold War with sizeable Soviet-era nuclear weapons stocks of its own, gave up its arsenal in the 1990s.

North Korea this weekend accused the United States of being the "root cause of the Ukraine crisis" saying in a statement on the Foreign Ministry website that Washington "meddled" in the internal affairs of other countries when it suited them but condemned legitimate "self-defensive measures".

North Korea is reeling economically from biting sanctions over its weapons programmes and a lengthy coronavirus blockade, but continuing its "ambitious schedule of military modernisation" is a top priority, said Leif-Eric Easley, a professor at Ewha Womans University in Seoul.

"The Kim regime's strength and legitimacy have become tied to testing ever better missiles," he added in emailed comments.

The pause in testing during the Beijing Winter Olympics was seen as a mark of deference to key diplomatic ally and economic benefactor China.

The latest launch also comes as South Korea gears up to elect its next president on March 9.

Outgoing South Korean President Moon Jae-in, who repeatedly pursued peace talks with the North during his five-year term, has warned that the situation could easily escalate.

"If North Korea's series of missile launches goes as far as scrapping a moratorium on long-range missile tests, the Korean Peninsula may instantly fall back into the state of crisis we faced five years ago," he said in a written interview with international press, including AFP, this month.

Under Trump's successor Joe Biden, the United States has repeatedly declared its willingness to meet North Korean representatives. Pyongyang has dismissed the offer.

Domestically, North Korea is preparing to celebrate the 110th anniversary of the birth of late founder Kim Il Sung in April, which experts say Pyongyang could use to carry out a major weapons test.

Recent satellite images suggest that the North may be preparing a military parade to showcase its weapons to mark the key anniversary.

"North Korea will be prudent about testing an intercontinental ballistic missile since it's the last remaining card that can put pressure on the United States," Park Won-gon, a professor of North Korean Studies at Ewha Womans University, told AFP.

"Such a card is only meaningful when you're holding it in your hand." 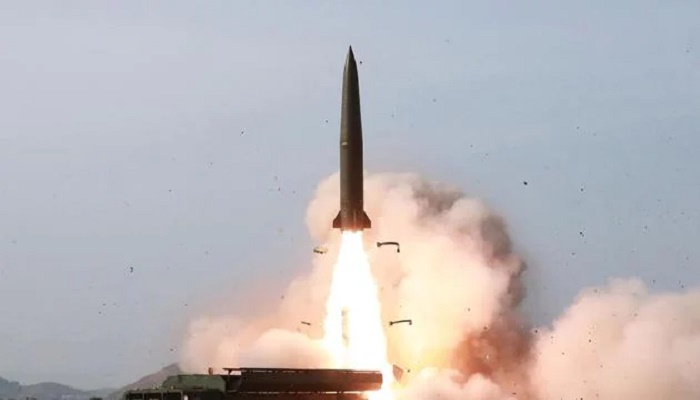 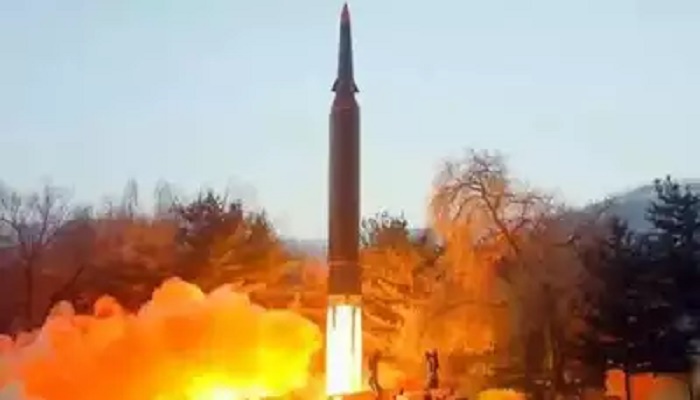 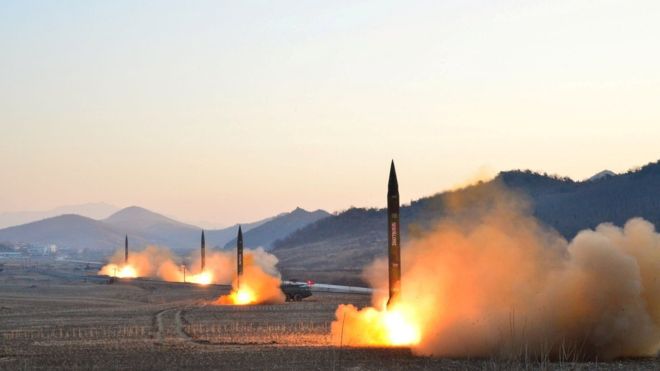