1,100 mothers get cash support in Gaibandha

GAIBANDHA: Around 1,100 pregnant and lactating mothers of Ramchandrapur union under Sadar upazila of the district got cash assistance from the government.

Whip of the Jatiya Sangsad and local lawmaker Mahabub Ara Begum Gini distributed the cash assistance among the beneficiaries at a function on the premises of Rahmatpur MM High School of the union on Tuesday as the chief guest.

The union parishad chairman Mosabbir Hossain presided over the function while Sadar UNO Rafiul Alam also spoke at the event as special guest.

Whip Mahabub Ara Begum said the government led by Prime Minister Sheikh Hasina has taken up steps for the well-protection of the pregnant and lactating mothers.

Income Support Programme for the poorest (ISPP) also known as JAWTNO Project is being implemented for the pregnant and lactating mothers aimed at empowering them and improving child nutrition with the financial support of the government of Bangladesh and the World Bank, she also said.

The government brought the pregnant and lactating mothers with children below the age of five years under the project and was providing income support through the conditional cash transfer to attain the cherished goals of the project, she added.

Organising secretary of district Awami League Mridul Mostafi Zhontu and other political leaders were present on the occasion. 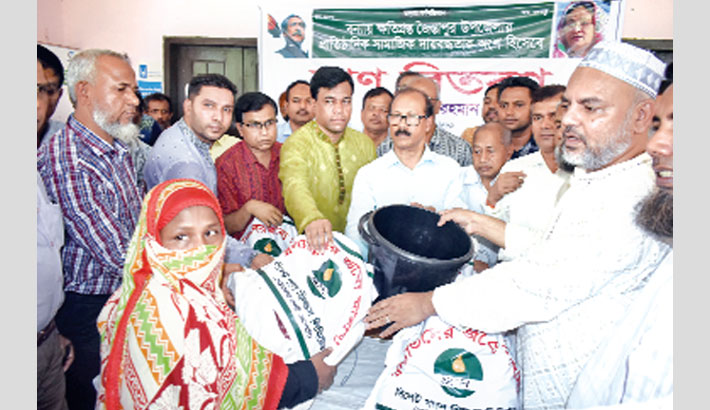