Sheikh Russel became the second team who got a chance to host an official match in their home ground after the defending champions Bashundhara Kings. Kings made a winning start at their den against Bangladesh Police Football Club by 3-0 goals on Thursday.

The day’s first half ended in goalless, though both teams created some chances they did not make an impact on the scoreline. Sheikh Russel’s Brazilian midfielder Thiago Edurado Do Amaral shot off the target in the 19th minute while Esmael Ruti was smartly denied by Abahani’s defender Rezaul Karim in the 34th minute of the game.

On the other hand, Abahani’s Brazilian forward Dorielton Gomes Nascimento narrowly missed the target in the 24th and 27th minutes of the game. 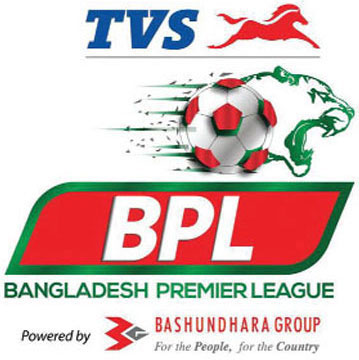 After the half-time, Abahani started to put full pressure on Sheikh Russel’s defence and got the breakthrough in the 49th minute. Abu Sayed Jewel Rana headed the ball smartly utilising a back header from Dorielton, off a corner from Costa Rican forward Daniel Colindres (1-0).

Milad Sheikh doubled the margin for the visitors in the 61st minute, off a pass from midfielder Sohel Rana (2-0). Just three minutes later, Esmael Ruti Tavares reduced the gap with an eye-catching right-footed close-range shot from nearer the box in the 64th minute (2-1).

Sheikh Russel tried to return on the track after scoring the goal but Abahani’s captain Ziban ended their chances when he netted the last and third goal for his side in the 84th minute (3-1).

With the day’s defeat, Sheikh Russel remained at their previous credit of five points from four matches while Abahani raised their tally to 10 points playing the same number of matches.

Abahani will play their next match against their arch-rival Mohammedan Sporting Club Ltd at Sylhet District Stadium while Sheikh Russel will face Sheikh Jamal Dhanmondi Club at the Bir Flight Lieutenant Matiur Rahman Stadium in Munshiganj. Both the matches will be held on Wednesday (February 23).

Dhaka Abahani’s head coach Mario Lemos was impressed with the condition of the venue. The 35-year-old Portuguese is termed as the country’s best venue.

“This ground is the country’s best venue yet. I think Sylhet stadium (Dhaka Abahani’s home venue) will also be the same,” Lemos said.

In the day’s other match, Mohammedan Sporting Club Ltd returned to a winning streak beating Saif Sporting Club by 2-0 goals at the Bir Flight Lieutenant Matiur Rahman Stadium in Munshiganj.

Malian forward Souleymane Diabate and midfielder Shahriar Emon scored one each in the 32nd and 49th minutes of the match.

With the day’s win, the traditional Black and White Motijheel outfit Mohammedan earned eight points from four matches while Saif remained at their previous credit of six points playing the same number of matches.