Brazil goalkeeper Alisson Becker had two red cards overturned by VAR reviews as Brazil hung on for a controversial 1-1 World Cup qualifier draw with Ecuador on Friday, with both teams having a player dismissed.

Alisson could count himself lucky after a straight red card in the first half, for a high boot on Enner Valencia, was downgraded to a yellow and then a second yellow card in injury-time was also overturned on review. 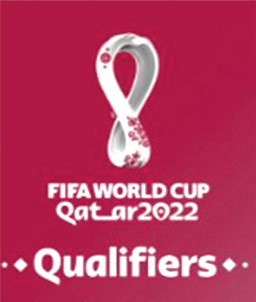 "We're shocked by the development of the match, by all the strange things, by everything that happened," said Alfaro.

Even so, the point inches Ecuador closer to World Cup qualification with three games left as they have a seven-point gap to fifth-placed Colombia. Uruguay also boosted their hopes as Luis Suarez gave them a 1-0 win away to Paraguay.

But Chile slipped further away from qualification after a 2-1 defeat at home to Argentina.

Brazil and Argentina have already booked their tickets for Qatar.

In an eventful start to the match, Emerson Royal was given his marching orders after picking up two yellow cards inside the first 20 minutes as numeric parity was almost immediately restored.

Having also won the ball at head height, he brought his follow through down in an axe kick on Valencia's head.

But, following a VAR check, Roldan incredibly downgraded the card to a yellow.

Roldan then signalled a penalty after Raphinha appeared to stand on Pervis Estupinan's foot in the box, but for the third time VAR ruled in Brazil's favor and it was chalked off.

Roldan then pointed to the spot for a second time deep into injury time after Alisson connected with forward Ayrton Preciado's head as he punched clear a bouncing ball.

The referee also showed him a second yellow card but overturned both that and the penalty after another VAR review.

Both halves included more than 10 minutes of additional time due to the lengthy checks.

In Asuncion, Suarez struck a sweet left-foot volley five minutes into the second half to energize Uruguay's faltering qualification campaign.

Four straight defeats had seen iconic veteran coach Oscar Tabarez sacked after the last round of fixtures in November.

But this victory propelled Uruguay into the top four while also putting a serious dent in Paraguay's hopes of making it to Qatar.

Domingo for cultural change to get success in Tests