No sunshine, dew impacts on BPL

Fortune Barishal’s head coach Khaled Mahmud said on Sunday that dew is playing a big factor and the BPL governing council needs to think about whether to change the match timing or not.

In the opening two days of BPL, it seemed that runs are not flowing freely in the first game of the day at the Sher-e-Bangla National Stadium in Mirpur.

In the second game of the day, runs are not flowing thick and fast free and many feel that it is largely due to dew considering it becomes difficult for bowlers to bowl with wet balls.

“Dew is always a factor,” Mahmud told reporters on Sunday. 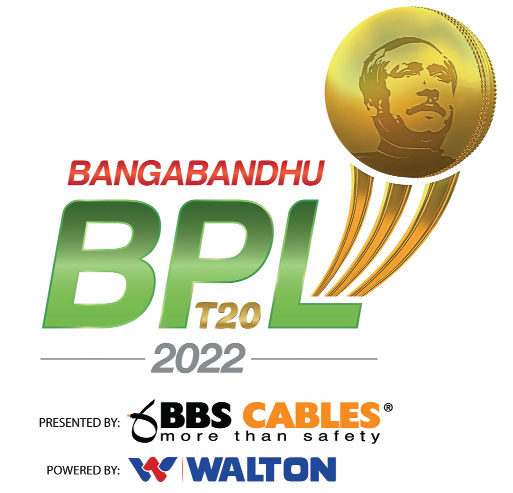 “Eventually if you see the last two evening matches, Khulna chased a high-scoring match while Chattogram defended their 160 total against a big team. So you can't say that toss is a key factor or guarantee to win the match if you opt to bowl first,” he said.

“But dew is a factor and both teams will face the same situation because the game will start at 5:30pm and dew will start at that time and maybe it's more dew after 7:30pm,” he said.

“BPL Governing Council should consider this because this is our tournament and we all want the best cricket in BPL. If we can shift the matches in the morning and according to my opinion if we can start the first match within 10:30am and if the second match starts within 2:30pm than maybe we can avoid the dew,” he said.

Mahmud added that the wicket is not getting enough sunshine and that becomes a big problem because after there is moisture in the wicket that is not dried up.

“We are not getting sunlight for the last 4-5 days. Groundsmen are watering the wicket and expecting the wicket will be dry when there is sunshine but actually, it didn’t happen as there is no sunshine,” he said.

“So no sunshine can be a reason as the moisture is not drying up and we need to give water in the wicket according to the weather,” he said.

“It would have been better if the sun had shown today because then we can expect a good wicket for tomorrow’s match. But there is no complaint because both teams are playing on the same wicket so we have to adjust this,” he said.

“But if I have to say it in short than the wicket is not as per our expectation,” he said.

Fortune Barishal will take on Minister Group Dhaka at the Sher-e-Bangla National Stadium at 12:30pm and according to sources Mashrafe Mortaza might feature for Dhaka after missing the opening two games.

In the day’s second match, Chattogram Challengers will play against Khulna Tigers at the same venue at 05:30pm.