Will talk to Tamim: Mahmud

Bangladesh national cricket team director Khaled Mahmud said on Sunday that he will talk with Tamim Iqbal regarding his T20 international plans while adding that he is ready to bridge gaps so that seniors are comfortable in the national dressing room.

The announcement came a day after BCB president Nazmul Hassan Papon revealed that Tamim doesn’t want to play T20 internationals and asked the BCB boss not to push him any further in this regard.

Tamim last played T20 International cricket against Zimbabwe at Mirpur on March 09, 2020 and later was out of the action for a long time to recover from his injury.

However, he withdrew his name from the T20 World Cup squad insisting that he feels those who played regularly in this format should be included in the squad ahead of him.

It was reported that T20 captain Mahmudullah and head coach Russell Domingo didn’t want Tamim to be included in the World Cup during the selection meeting citing that he was out of the game for a long time. 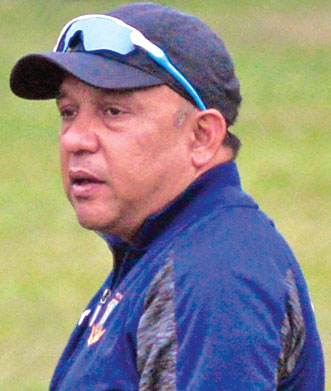 Tamim decided to withdraw his name from the ICC World T20 squad after being extremely hurt with the whole selection meeting affairs as he expected that the captain and the coach would be back in the selection instead of going against him.

The trio- Tamim, Mahmudullah and Domingo- never acknowledged it in public but that hardly proves that everything is fine between them and to make things more complicated certain section of critics claims that Tamim’s slow approach in T20 format put pressure on the middle order to increase the run rate and the urged that it forced Bangladesh’s collapse more often in this format.

Mahmud, however, didn’t agree with critics who vehemently criticise his slow batting approach but added that he is aware that all is not well in the dressing room.

“To be honest there is no one ready in the top-order like him (Tamim),” Mahmud said.

“I was a little bit surprised. I talked with Tamim before the New Zealand series that why you (Tamim) are not interested to play T20 cricket,” he said.

“We didn’t talk a lot but I said to him let me come back then I will talk with him. But Papon Bhai already revealed Tamim is not interested in playing T20 cricket. Actually, this is his personal decision and if he doesn’t want to play, we can’t force him and we have to move forward,” he said, adding that he will make a last attempt.

“Certainly I will talk with him and it is my duty. We are currently in a bio-bubble we can’t talk elaborately over the phone. It would be better to talk face to face. I will meet with him tomorrow because we will play tomorrow against them. I will try to talk with him after the match to find out his main problem,” he said.

“My responsibility is to resolve the little problems inside the team. It can happen. There are always some ego problems. Sometimes it is explained in the wrong way. But I will try to resolve this problem,” he said.

“This is not important whether I’m with the team or not. I heard many things but what I understand is that there is a gap somewhere. So it is a responsibility to bridge the gap," he said.

Mahmud added that he has already spoken with Shakib Al Hasan regarding his availability and insisted that they want to play with their best team going forward in the coming year considering a lot of things are at stake for Tigers.

“I want the best team to play in three formats. Shakib and Tamim are not playing regularly. I know they are closer to ending their career. May be they will play for 2-3 years with the Bangladesh team. But I want to focus on the next year because there is a lot of international cricket this year. I have already talked with Shakib and asked him to play consistently for Bangladesh this year because there are Test Championship points, ODI super league points,” Mahmud concluded.

Shakib earlier said that continuing to feature in all three formats going forward is next to impossible for him because of the pandemic-enforced quarantine constraints.