Bangladesh’s a major political party BNP and some of its allies and a section of civil society members are constantly on the lookout for new issues to agitate against any government led by Bangladesh Awami League. It has now become a normal practice. Readers may recall that when in 1996 Awami League-led alliance won the national election and formed the government, BNP and its Chairperson smelled rat and immediately began a barrage of tirade against the then Election Commission led by Mohammed Abu Hena accusing him of playing a major role to make Bangladesh Awami League win the election. It was after long twenty one years of waiting and hard work and the farsighted and courageous leadership of Sheikh Hasina that Awami League for the first time after the assassination of Father of the Nation Bangabandhu Sheikh Hasina won the election and was able to form the government with some support of JP and JSD. But BNP who from its birth did not have the experience of sitting in the opposition bench could not take the matters easily. Immediately they began a long drawn agitation against the Election Commission, especially against the Chief Election Commissioner Mohammad Abu Hena terming him as a stooge of the Awami League and demanded his immediate resignation though nothing could be proved against him or against the Commission.

Mohammed Abu Hena who by profession was a bureaucrat resigned before the completion of his term on 8th May 2000. It is unfortunate that BNP’s election culture is - if they win any election the election was fair and if they lose the election was rigged or unfair. The BNP leaders unfortunately forgets their past, especially when their founder General Zia became a self-styled President through a so called referendum held on 30th May 1977 where he was the only candidate and the people had to just say through a ballot ‘yes’ or ‘no’ to validate his clinging to the office of the President. Ironically through extra enthusiasm of some of his lackeys in many polling centres, there were more than 100% ‘yes’ ballots! The over enthusiasm had no limits.

When Awami League formed the government in 1996 BNP and its allies Jamaat constantly harassed the government on flimsy issues and there would be virtually weekly ‘hartals’ to jeopardise the normal functioning of the government. For the first two years Sheikh Hasina-led government could not function properly. First it had to deal with a hostile bureaucracy virtually all of whom were recruited during the military rule of Zia and Ershad. Secondly Sheikh Hasina’s government had to face the regular BNP called agitations and hartals.

In the scheduled 2006 election BNP made all efforts to continue their stay in power. They included one crore and twenty one lakh voters in the voter’s list, recruited more than one hundred and fifty Chhatra Dal workers as election officers and appointed their strong sympathiser Justice Abdul Aziz as the Chief Election Commissioner who declared that the ensuing election will be held under the grossly flawed voters list. Then came the national emergency and the one-eleven government of Fakhruddin Ahmed. In the election of 2008 Awami League, after winning a landslide victory, formed the government and BNP had to sit in the opposition bench. This was an unprecedented experience for BNP and their behaviour as members of the Opposition in the parliament was never decent or constructive. 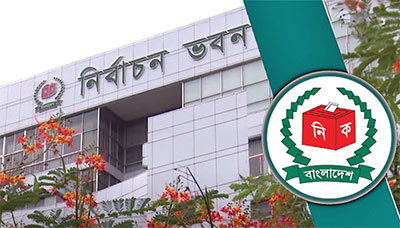 During the last thirteen years of Awami League government, notwithstanding the fact that during this period the government has managed to change the façade of the country, the conspiracy against the current government continues relentlessly. In spite of so many odds formulated nationally and internationally, Sheikh Hasina has managed to transform Bangladesh from a Least Developed Country (LDC) to a Developing Country. The economy of the country has more than doubled though the pandemic has interrupted the rapid progress in most fronts. Now the economy has picked up but still problems in other sectors like banking, education, poverty, rising economic disparity and governance do exist and sign of improvement is quite slow. Corruption amongst a section of the government servants, a coterie of businessmen and politicians has eroded the country’s normal economic growth substantially. In the beginning BNP smelled conspiracy that thwarted the scheduled flawed election of 2006 and AL’s win in the 2008. Then came the issue of resuming the concept of the Caretaker Government (CTG) which has already been declared ultravires of the Constitution by the Apex court of the country in 2012. In all countries the existing government acts as the CTG during the general election. BNP also agitated when those accused of crimes against humanity during the War of Liberation in 1971 were being tried and publicly declared that the government is illegally trying the patriots and Islamic scholars just because they oppose the Awami League government. Failing to capitalize on that issue, BNP and its allies began protesting the trial of Begum Zia for embezzlement of public money in Zia Charitable Trust corruption case. She was tried in a public court, found guilty and sentenced to ten years of imprisonment. Her son Tarique and currently Chairperson-in-charge of BNP, who at the moment absconding in London, has been sentenced to life imprisonment in few other cases. Then came the issue of the forthcoming election scheduled to be held towards the end of 2023. Now BNP demands that for them to participate in the election it must be held under a non-party government. Now how would that be possible under the existing constitution is never clarified by them.

When the President Md. Abdul Hamid invited BNP to consult with them about the formation of the next EC, they audaciously declined to honour the invitation. The current tenure of the Election Commission will end next month. BNP and few other political allies and civil society organizations now have come out with another demand that an Election Commission Law be framed before the constitution of next Election Commission. Few have even suggested unsolicited proposals how the law should look like. According to the Constitution the framing of the law is not compulsory but is advisable (Section 118). The prerogative of forming the law is of the President of the Republic. The responsibility of drafting any law usually lies with the Ministry of Law and Parliamentary Affairs. To enact any law in the parliament it has to go through a process. For the last fifty years the country had no EC law and all previous elections were held without any major fracas. The previous ECs may have erred in discharging their duties. The law will be of little use if such attitude of the EC prevails.

There is no disagreement that the enacted law will make the job of the President - the formation of the EC - easier but unfortunately even before the draft has gone to the parliament BNP and its sympathisers have already began expressing their criticism against the proposed law. BNP regularly terms this   government as illegal forgetting that they also participated in the election of 2018 along with their allies but lost miserably as they never intended to contest the election to win or field winnable candidates. From the nomination to the election their activities were full of sham but still they have few members in the parliament. Strangely the BNP Secretary General Mirza Fakhrul Islam, though won the election, refused to take oath as ordered by party hierarchy.

BNP constantly tells that this government is ‘illegal’ and hence it has no right to formulate any law. Strangely BNP conveniently forgets that in the election of 15th August 1996 no political party worth its name took part and in that election and out of 300 seats in the parliament 162 members were declared elected unopposed and in 16 constituencies there were no contestants from any party including any one from BNP. Ironically BNP permitted Khondakar Abdur Rashid, one of the killers of Bangabandhu to sit in the seat reserved for the Chief of the Opposition. It was simply a mockery of election and incidentally in that parliament the election time Caretaker Government Bill was passed keeping the control of the armed forces under the President. BNP also conveniently forgets that at their instigation there was an attempted military coup but it was foiled by the timely intervention of the then CTG Chief Justice Habibur Rahman. Awami League could very well refuse to take part in the subsequent elections on the pretext that the CTG Bill was passed in a controversial parliament. It did not.

Some civil society organisations like TIB opined that before the EC Act is adopted the opinion of all the stakeholders should be ascertained. They perhaps forgot that the main stakeholders of a general election are the people of this country. Then there are at least fifty political parties and other institutions and professional bodies. If such an opinion is to be taken the EC Law will never see the light of the day in at least next hundred years. In a recent announcement made by the Law Minister it was announced that the draft of the law has already been published in the Ministry’s website and if anyone has any suggestion they can very well express their opinion. Let a good initiative conclude without much controversy. For fifty years the country did not have any EC law; now there is a chance that it might have one. Let the chance become a reality.

In the end, it can be safely said whatever AL does or does not it will be opposed and criticised not only by BNP but also by a section of the civil society members. But to quote a Portuguese proverb ‘the dogs bark but the caravan keeps on…’