Former Bangladesh head coach Steve Rhodes said that he’s not ready to create any controversy by bringing up old issues that forced him to quit his post.

The 57-year-old Englishman has recently been appointed as the technical advisor of Comilla Victorians for the upcoming edition of the Bangabandhu Bangladesh Premier League T20.

It’ll be the Englishman’s first assignment since being removed by the Bangladesh Cricket Board following their 2019 ICC World Cup debacle.

“I don’t really want to drag into any conversation about BCB or anything. I don’t think that would be fair. That’s history,” Rhodes told reporters on Tuesday.

“All I can say is that the World Cup if you look back at the games, maybe apart from the Pakistan game we played really well in all the games. Even in defeat against India and England, we put up a good show. 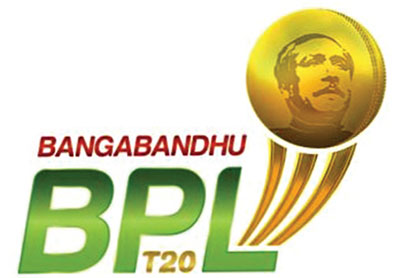 “It wasn’t an annihilation of Bangladesh. We played some really good cricket and mixed in between the World Cup we actually had some good wins and we pushed New Zealand in the World Cup.

“I don’t think it was as bad as people probably think. People’s departure from any job or any post has opinions but I don’t really want to get too involved in that.

“All I can say is how pleased I’m to be back with the public in Bangladesh,” he said, adding that he always kept his eyes on how Bangladesh performed as they remained very close to his heart.

“I know these sound crazy but I followed it very closely (Bangladesh cricket). I really enjoyed my time here. Some of the results may have not gone their way but they got some brilliant results like the Test win against New Zealand or T20 wins at home against New Zealand and Australia,” he said.

Rhodes added that he was pleased to see some of his former charges during the practice sessions at the BCB academy premises. “With Mash (Mashrafe) and Mahmudullah, it was all very friendly and it was nice to see them both again. I have got a very close relationship with a lot of other guys. There were a lot of them so there were no issues, no dramas and it was all friendly and it was wonderful to see these guys again,” said Rhodes.

Rhodes added that head coach Mohammad Salahuddin will make all the calls in the Comilla set-up and he is happy to share his experience.

“Salahuddin as you all know has been a very successful coach not just in BPL but the way he helped and brought along some tremendous cricketers.

“I’m here to assist and help not just the players but the coaches as well. Hopefully, my experience and my cricketing knowledge will add a little bit here and there.

“Comilla is a great organization and the Victorians are very successful and if I can be a part of that success and help them and it’s why I’m here,” Rhodes concluded.

Mominul satisfied with the result

‘Lot of things depend on Fizz’s Test return’

Main strategy was to keep a clean sheet against Maziya: Bishwanath

We knew the result from day one: Dhananjaya

Eintracht Frankfurt players celebrate after winning the UEFA Europa League against Glasgow Rangers in Seville on Wednesday. Frankfurt defeated Rangers 5-4 on penalties to win tournament after the final in Seville finished 1-1 at the end of extra time. –AFP PHOTO