Walton Central Zone clinched their second title of the season after they defeated BCB South Zone by five wickets in the Independence Cup final at the Sylhet International Cricket Stadium on Saturday.

Central Zone skipper Mosaddek Hossain demonstrated a brilliant all-round performance in the final as he claimed 2-45 to help his side bowling out South Zone for 163 runs in 48.5 overs before he played an unbeaten knock of 33 runs to guide his side to 164-4 in 42.3 overs to complete the victory.

Central Zone earlier defeated the same opposition by four wickets in the Bangladesh Cricket League longer-version final to regain the title after five seasons a few weeks back. 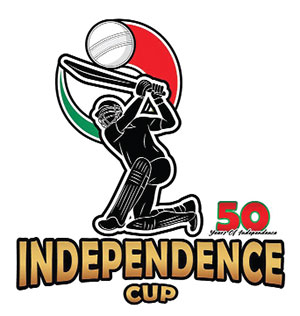 South Zone, however, made a bright start on the day after they were sent into bat first as their openers Pinak Ghosh and Anamul Haque put up 51 runs in the opening stand.

Left-arm spinner Nazmul Islam broke the partnership by removing Anamul for 20 while Pinak (35) followed his partner soon as he fell prey to Soumya Sarkar.

South Zone then lost wickets at regular intervals as their batsmen failed to make decent partnership stands and they were bowled out cheaply with seven balls to spare.

Nahidul Islam was their second highest scorer with 31 runs while Mosaddek along with four other Central Zone bowlers took two wickets each for their side.

Mosaddek and Al-Amin (53 not out) then made an unbroken stand of 88 runs for the fifth wicket to confirm Central Zone’s double silverware this season.

“There was pressure. I was in the middle and Al Amin batted really well. Mizan bhai batted well in the start and he brought a flow in the match. Al Amin and I were able to continue it till the end which made the task easy,” Mosaddek said after the match.