JASHORE: A recently elected member of Shundoli Union Parishad in Jashore was shot dead by some unidentified miscreants on Monday night.

The deceased was identified as Uttam Kumar Sarkar, son of Oshantu Sarkar of Harishpur village in the Sundoli upazila. On December 26, Uttam was elected member of ward-1 of the Sundoli UP.

The incident occurred around 8:00 pm on the road adjacent to Harishpur Government Primary School.

According to witnesses, some miscreants attacked Uttam while heading toward his home from Sundoli Bazar. They shot him on chest and fled from the spot as the locals came hearing the sound, they said.

The body has been sent to Jashore Medical College for autopsy, he said. 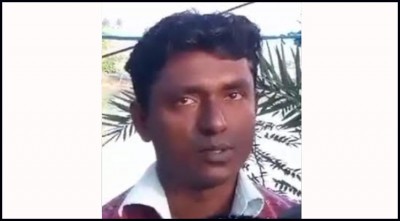 Newly-elected UP member shot dead in Abhaynagar of Jashore

1 lakh hectares of land to be brought under Boro cultivation

Some female workers are busy harvesting turmeric at a field in Torof-Al village of Bhatgram Union under Sadullahpur Upazila of Gaibandha district. The photo was taken on Sunday. — PBA Photo

OMS rice being sold at 15 outlets in Gaibandha