Shakib Al Hasan made a decent return to domestic cricket as he put up a sterling all-round performance to lead Walton Central Zone to secure a 22-run victory against Islami Bank East Zone in a low-scoring affair of the newly-introduced Independence Cup, a four-team 50-over format Bangladesh Cricket League competition at the Sylhet International Cricket Stadium on Sunday.

Shakib scored 35 and then followed it up with 2-24 to script the victory for the Central Zone, who eyed a BCL double after clinching the trophy of four-day tournament recently.

Being sent to bat first, Central Zone were bowled out for 177 in 43.2 overs after which led by Shakib, their bowlers, wrapped up East Zone for 155 in 47.1 overs. 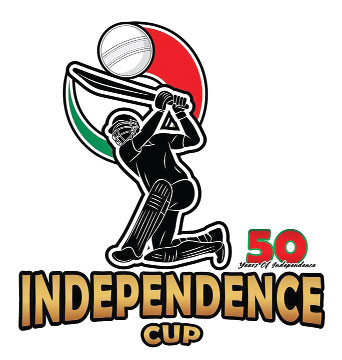 Mizanur Rahman gave Central Zone a fluent start with 36 off 40 that studded with four fours and one six even though his fellow opener Soumya Sarkar was out on 13. Abdul Mazid also couldn't carry, forcing Shakib to come to bat early.

Shakib, who took rest from the two-match Test series against New Zealand, was not as fluent as he was used to be but his patient batting saw him make 35 off 58 with two fours that stabilised the things. Later, Mohammad Mithun made a run-a-ball-37 to help Central put a decent total on a difficult pitch.

However, East Zone batters also found it tough to bat on this wicket and the situation was worsened by the controlled bowling of Shakib who opened the bowling along with Abu Haider Rony.

Rony Talukdar was the highest scorer for East Zone with 38 while Shukkur made 31.

In the other match of the day at the Sylhet International Cricket Stadium Academy Ground, South Zone batted first and scored 162 with a fifty by Towhid Hridoy, and 47 from Pinak Ghosh.

In reply, opener Parvez Hossain Emon and Naeem hit a half-century each to guide South Zone to an eight-wicket win. While Parvez fell for 54 off 54 balls, Naeem remained unbeaten for 66.