Today is the historic 10th January. It is a day of ecstatic joy and happiness for the Bangalee people as the architect of the nation Bangabandhu Sheikh Mujibur Rahman returned home on this day 50 years ago. This day bears a special significance in the history of Bangladesh.

On this day in 1972, Father of the Nation Bangabandhu Sheikh Mujibur Rahman returned to his independent Bangladesh after getting released from captivity in Pakistani jail on January 8.

Bangladesh achieved independence after a nine-month bloody war against the Pakistan occupation forces in 1971. Bangabandhu led the nation to independence and so Bangalees got the real taste of victory after the homecoming of the great leader.

As the Pakistani military launched a crackdown code-named ‘Operation Searchlight’ on the unarmed and innocent Bangalees on the night of March 25, 1971, Bangabandhu formally declared the independence of Bangladesh through two messages in the early hours of March 26, 1971.

The first one was a pre-recorded message. The message reads: “This may be my last message; from today Bangladesh is independent. I call upon the people of Bangladesh, wherever you might be and with whatever you have, to resist the army of occupation to last. Your fight must go on until the last soldier of Pakistan occupation army is expelled from the soil of Bangladesh and final victory is achieved.” This message was on the air from a handy little transmitter from Old Dhaka’s Baldha Garden. 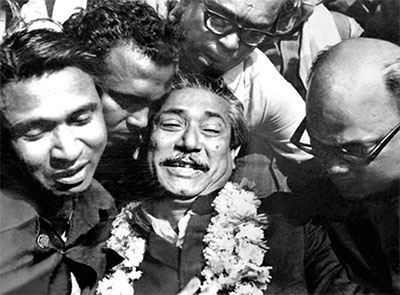 The second message: "Message to the people of Bangladesh and the people of the world. Rajarbagh Police Camp and Peelkhana EPR suddenly attacked by Pak Army at 2400 hours. Thousands of people killed. Fierce fighting going on. Appeal to the world for help in the struggle for freedom. Resist by all means. May Allah be with you. Joy Bangla." This message was transmitted through wireless of the then East Pakistan Riffles (EPR) across the country around 1:30am.

Soon after the proclamation of independence, undisputed leader of the Bangalee nation Bangabandhu Sheikh Mujibur Rahman was detained by the Pakistani occupation forces from his Dhanmondi residence. Then he was sent to a solitary prison in Pakistan.

After the declaration of independence, the young generation took up arms and started war to free their beloved country from the Pakistani occupation forces.

Globally renowned magazine the Newsweek in an article on April 5, 1971 termed Bangabandhu a ‘poet of politics’. Mentioning the declaration of independence by Bangabandhu, the article reads: “Mujib’s emergence as the embattled leader of a new Bengali nation is the logical outcome of a lifetime spent fighting for Bengali nationalism”.

It added, “Eloquent in Urdu, Bengali and English, three languages of Pakistan, Mujib does not pretend to be an original thinker. He is a poet of politics, not an engineer, but the Bengalis tend to be more artistic than technical, anyhow, and so his style may be just what was needed to unite all the classes and ideologies of the region.”

The Bangalees won the freedom on December 16, 1971 after a nine-month war as the Pakistani occupation forces surrendered to the Bangladesh-India allied forces at the then Racecourse Maidan (now Suhrawardy Udyan) in Dhaka.

But the victory was incomplete as Bangabandhu Sheikh Mujibur Rahman, the supreme commander of the Liberation War, was still detained in a Pakistani prison.

International pressure mounted on the Pakistan government to release the undisputed leader of the Bangalee nation. At one stage, the defeated Pakistani rulers were compelled to free Bangabandhu on January 8, 1972.

After his release, Bangabandhu wished to go to London as Pakistani aircraft were barred from using Indian airspace. Bangabandhu addressed a crowded press conference in London on January 8, 1972. He also met the then British Prime Minister Edward Heath there.

Bangabandhu arrived in Dhaka on January 10, 1972 after a brief stopover in New Delhi. Around a million of people were standing on the road from Tejgaon airport to the Racecourse Maidan to welcome their beloved leader. The victory attained fulfilment as the nation was rejuvenated by the return of the Father of the Nation. The people of the country felt the real taste of the victory after getting back their great leader.

On his arrival, Bangabandhu addressed a huge gathering of people at the Racecourse Maidan on the day. In his address, Bangabandhu gave a clear outline of the state policy which the country would follow in future.

At first, he remembered all martyrs who sacrificed their lives during the Liberation War and prayed for eternal peace of their departed souls.

Then he said, “Today my Bangladesh has become independent, the desire of my life has been fulfilled today, the people of my Bangla have been liberated today.”

Bangabandhu became emotional while he was speaking as he struggled for the whole life for the freedom of the Bangalee nation. He also urged the people to rebuild the war-ravaged country.

“My Bangladesh will remain free. We’ll never be defeated, we don’t know how to concede defeat,” he asserted.

Bangabandhu said, “Order was passed for hanging me. Grave was dug for me beside my cell. I was ready and told them (the Pakistanis) I’m a Bangalee, I’m a human being, I’m a Muslim — die once, never twice. I’ll say while walking to gallows: Joy Bangla, Independent Bangla, Bangalee is my nation, Bangla is my language, soil of Bangla is my destination.”

Bangabandhu Sheikh Mujibur Rahman assumed office as the Prime Minister of independent Bangladesh on January 12, 1972 and started work to rebuild the war-torn country.

He set an unprecedented example by ensuring quick withdrawal of Indian allied forces. This tough task was easily done to the surprise of the world. It had been possible thanks to Bangabandhu’s towering personality. Then Indian Prime Minister Indira Gandhi also deserves thanks for her heartiest co-operation in withdrawal of their forces from Bangladesh.

Praising the leadership of Bangabandhu, many global media termed it Bangladesh’s liberation for the second time. Some newspapers wrote “Sheikh Mujib liberated Bangladesh for twice”.

Bangladesh earned recognition from most countries of the world and got membership of the United Nations (UN), Commonwealth, Non-aligned Movement (NAM) and Organisation of Islamic Conference (OIC) under the charismatic leadership of Bangabandhu Sheikh Mujibur Rahman. 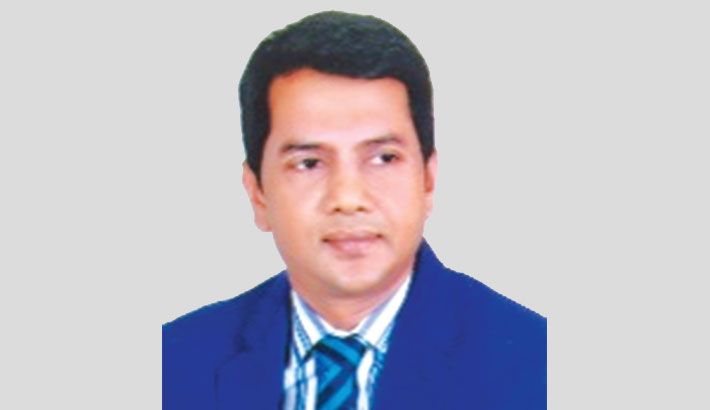 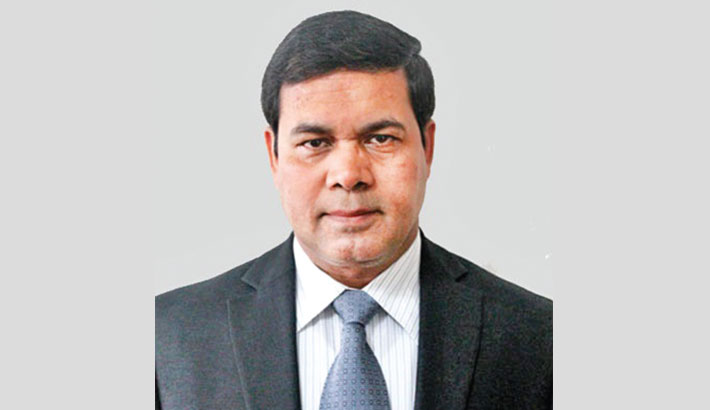