Religious doctrines and values are inter-related, but they are not the same. Doctrines or beliefs can be vague. They are tenets that people value for their importance. Values are more life-related than not, they give meaning to life and wellbeing since they mould and guide our behavior and conduct. Doctrines may not have any scientific or historic evidences. Values are what conscience gives value to. Doctrines divide, values units. They are practical, essentially.  If we do not try to put into practice what we believe, we are hypocritical.

Jesus disliked religious hypocrisy. He criticised those religious leaders in his society who gave only lip-service to religious teachings and doctrines, but did not themselves obey them. Therefore, Jesus told  his hearers in unambiguous terms: “For I tell that unless your righteousness surpasses that of the Pharisees and the teachers of the law, you will certainly not enter the kingdom of heaven” (Matthew 5:20). Jesus gave emphasis on the heart and the mind. He was not in favour of any external righteousness or piety. Unlike the spiritual leaders of that time he appealed to human heart and conscience.

Jesus exhorted people for living in peace and justice. He said, “Blessed are the peacemakers for they will be called sons of God” (Matthew 5:9). In his epistle to the Church at Rome Paul, the apostle urged his readers thus; “It is possible, as far as it depends on you live in peace with everyone.” He told people to work for peace, not only to love peace. And peace has a cost to pay for. We need to live in meekness and with humility. Jesus teaching on forgiving any offender is beyond any parallel. There are several scriptures concerning this Christian values. In the same vein Jesus’ apostle, Paul also taught believers not to take revenge. He said, “Do not take revenge. . . If your enemy is hungry, feed him; if he is thirsty, give him something to drink . . . Do not be overcome by evil, but overcome evil with good” (Romans 12:14-21). The entire second part of this epistle of Paul (Chapters 12-16) is concerning different Christian values that bear grand testimony to selfless love and fellowship, service to the needy and the poor, forgiveness, gentleness and sacrificial giving for the needs of the poor and the weak. Matchless Christian teaching on values of self-denying love for other people is found in the 1 Corinthians 13. Apostle Paul taught about the virtue of love in most eloquent words than to be found in any world literature.

Christianity is not a creed to be recited only, but it is a faith to be incarnated in reality and a new kind of life to be lived. Why did Jesus Christ come to this world?  He came to manifest God’s loving concern for the eternal good of wayward Man in clearest and practical terms. He came to reconcile an alienated world to God. The Creator came to creation like a creature by identifying himself with the sinful mankind. This is how God gave himself to this world. Christ did not come to preach any system of religion. Religions abounded and it continues to be so. But without moral and ethical values religion do not carry much value for practical purpose.

Because God loves his creation he had planned to redeem it from eternal damnation. So, he sent his son. The  Evangelist John testified to this in these words, “God so loved the world that he gave his only begotten son so that whoever believes in him should not perish but have eternal life” (John 3:16). That is incarnation of God in human form. One great theological title of Jesus is ‘Immanuel’, which means ‘God with us’. We need to be with God. This we can meaningfully be if we love and respect his creation, primarily fellow human beings. We can do that only when we can first of all treat human persons as people, all of whom are created by God in his own image. God is deeply committed to restore his creation to the pristine relationship with himself delivering it from the clutches of Satan. Due to the disobedience of our first parents—Adam and Eve humanity got alienated from God. Christ came to this world to reconcile us to God. God is righteous because he is just and he is just because he is righteous. God cannot be a God of love if he is not just. God wants every believer to live just life. To quote from the Old Testament prophetic book of Micah: “He has showed you, O man, what is good. And what does the LORD require of you? He requires us to act justly, love mercy and to walk humbly with him’. Psalm 33:5 declares, “God loves righteousness and justice.”

Valuing people is the cardinal values in Christianity. God gives greatest importance to human lives. That is why he visited man as a human person. We need to transcend above sectarianism. Jesus saw people as people above any other considerations. According to the Bible, God created man in his image and likeness. This means that God gave endowed man with his own ethical attributes of love, holiness, sense of justice, spirituality, freedom of will, personality, etc.

One of the most important Christian values is that of living holy life. Life of integrity and morally innocent life is very costly. However, Christian teaching on this is very clear and highly praised. This aspect, of course, covers a very wide range in human society and in anyone’s life.

Just to mention one aspect, 1 Corinthians commands, “Flee from sexual immorality. All other sins a man commits are outside his body, but he who sins sexually sins against his own body. Do you not know that your body is a temple of the Holy Spirit, Honour God with your body” (1 Corinthians 6:18-20).

Christian teaching on servant leadership is one of those rare qualities that our world needs today. Christ is the model for authentic servant leadership. He said that he came to serve, not to be served. Unfortunately, we have great amount of lofty teachings before us. But we rarely live by them. What is needed is we need to do what we say, and we need to say what we do. Mere belief in our doctrines cannot avail. We need to live the values. This is a very modest attempt to present only some of the values that we learn from Christianity.

Islam– a comprehensive way of life

The good news of the birth of Jesus Christ (concluding part)

How Lord Ganesha got his elephant head 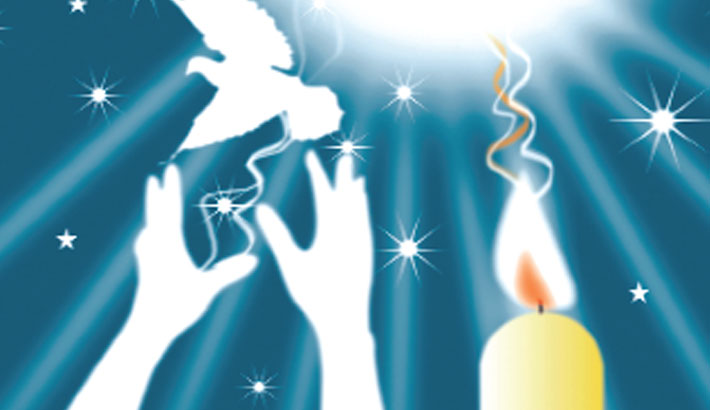