The densely populated capital of Bangladesh continues to dominate the list of world cities with the worst air quality, reports UNB.

On Wednesday, Dhaka occupied the second position in the list. The city’s air quality index (AQI) was recorded at 213 at 10.48am, which is considered ‘poor’ or ‘very unhealthy’.

India’s Delhi and Kolkata occupied the first and third spots, with AQI scores of 478 and 191, respectively, in the latest list of world cities with the worst air quality.

A report by the Department of Environment (DoE) and the World Bank in March 2019 pointed out that the three main sources of air pollution in Dhaka are brick kilns, fumes from vehicles and dust from construction sites. 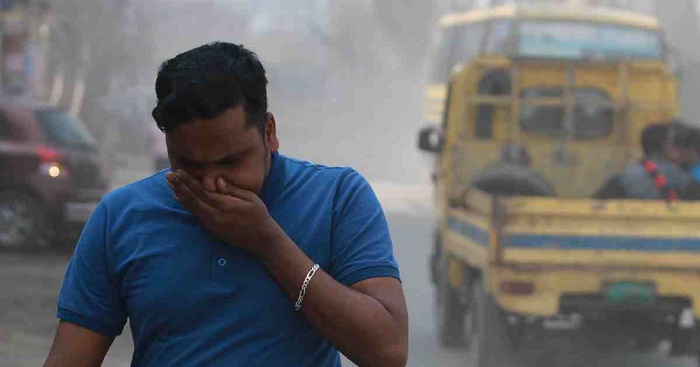