KURIGRAM: Mobarak Ali, not merely a name rather he appeared as an indomitable fighter by defeating his disabilities in quest of light of education. In spite of stopping him, hurdles provided Ali strength to conquer impossible, unleashing him to grasp his desired goal.

Ali, a student of Kashipur High School of Kurigram district, sat for Secondary School Certificate (SSC) examination this year. But, he is not as same as thousands of students appearing in the exams. He is touted to be exceptional with having no fingers of both hands. But this disability couldn’t halt his eagerness to attend the examination.

Ali, popularly known as a meritorious student, appeared in the SSC exam as he wrote by his wrist like a normal student.

Ali was born with this disability and he was the son of day labour Anamul Haque of Dharmapur village at Kashipur union of Fhulbari of Kurigram district.

He passed JSC from Kashipur High School and obtained GPA 5. He sat for the SSC exams this year from Science group though he has physical disability.

The teachers, who were on duty in the examination halls, wanted to give extra time to Ali for his disability. But extra time isn’t needed for him as he completed his exam within stipulated time like other students.

Assistant teacher Kaiser said Ali is very devoted to his education. He always wants to learn. For this, he goes to every teacher and ask them different queries and the teachers also love him for his devotion, he added.

He said it is really hard to write by wrist. But Ali is doing the hard work as simply, he added.

Sabuj, a friend of Ali, said since childhood, he is very sincere about his education. Even, he also plays with other children. Though, his father is a day labour, he carries out his education.

Ali sought doa from all, saying, “Please pray for me as I could give a good result to my family especially my parents and teachers”. 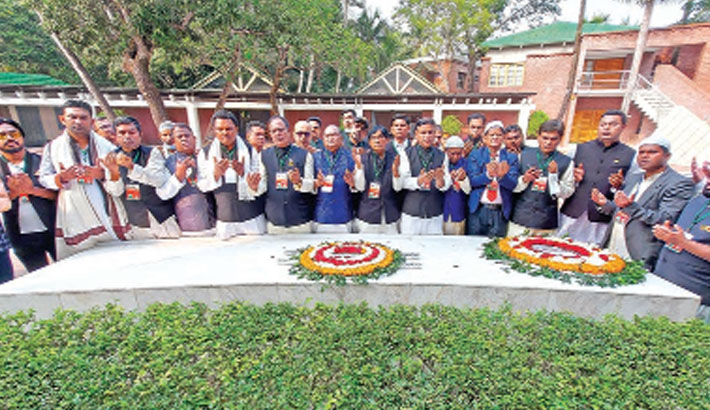