The 57-year old former Australian cricketer previously worked with Bangladesh national cricket team as the head coach from 2007 till the 2011 World Cup.

The BCB President Nazmul Hassan Papon informed that the Australian will work in a different capacity with the local cricketers.

Meanwhile, Nazmul informed that Jalal Yunus will replace Akram Khan as its cricket operation chairman ending all kinds of speculations.

Nazmul, who is running the board for the third term after being elected in October, didn’t form any standing committee till this announcement and asked the previous committee chairman to run the show until new committees are formed by the board. 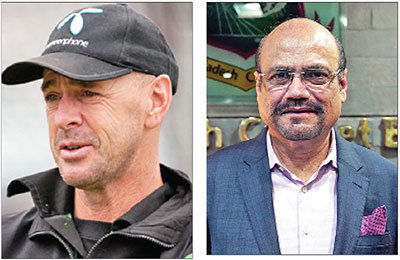 Akram, who ran the BCB cricket operation for the most part during the last two terms, recently expressed his desire not to be part of the operation anymore citing family commitment.

It wasn’t surprising considering the way things panned out at the board that suggested it was becoming difficult for him to work independently as the operation chairman.

“Jalal Yunus, our Jalal bhai will take over the cricket operation,” said Nazmul adding that he has asked the colleagues that everyone is empowered to take decisions on their respective committees.

“Look earlier what happened is that I used to clarify regarding every matter but now that will not be the case they have been asked to take decisions on their respective committees and were instructed to answer the media when questions were raised about their committees,” he said.

“However, I have told them that they should not talk about things that are not related to their respective committees,” he added.

Newly appointed cricket operation chairman Jalal said that his main job will be to bring back a healthy environment in the national dressing room.

Apart from that, the BCB is eyeing to start the work of the Sheikh Hasina International Stadium at the quickest point of time and now shortlisted five construction firms that will come up with presentations. The BCB also decided to raise the wage of women cricketers as well.