Bashundhara Group, the country’s largest industrial conglomerate, brought smiles to the cold-hit people in different places of Bagerhat on Wednesday.

Speaking on the occasion, they thanked Bashundhara Group for standing by the helpless people during the pinching cold.

If other corporate houses and well-off section follow the example of Bashundhara Group, it will be of great help to the society, they opined. Durga Rani, a recipient of the blanket, said her husband is disabled and not capable to work.

The family is struggling for survival as she and her daughter earn very little money by working as domestic helps in the area.

“Winter is the cruellest season to us as we do not afford blanket or warm clothes,” she said.

Expressing happiness after getting the blanket, Durga Rani said she is grateful would pray for Bashundhara Group.

Taslima Begun, another beneficiary, said she lives in a rented house with her 6-year daughter after she abandoned her husband due to his drug addiction and persecution.

She said the blanket will alleviate their suffering caused by the bitter cold.

Some 150 distressed people received blankets in each of Chitalmari, Mollahat, Fakirhat and Rampal Upazila Parishads. 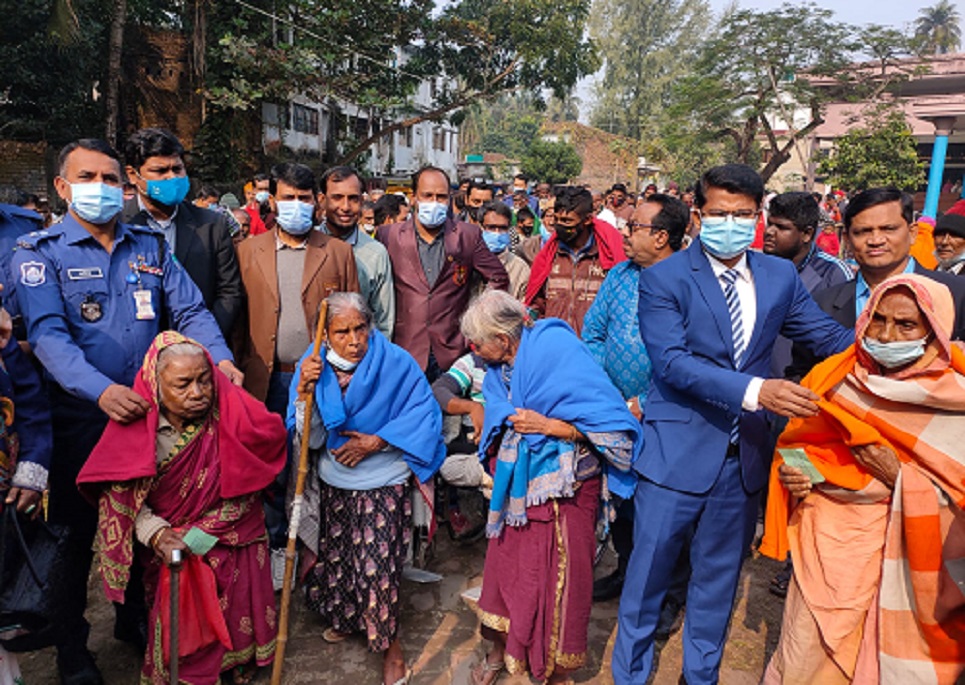 Sand is illegally extracted from the Dhaleshwari River at Kuichchamara of Keraniganj on the outskirts of the capital through dredging. The photo was taken on Sunday. —sun photo