De-politicization and Violence in Local Elections

Participating in politics and purchasing party tickets has evolved into a strategy for undertaking business in Bangladesh. That is why politics in Bangladesh is gradually depoliticizing as a result of politicians' declining participation. They have been marginalized by business leaders who can offer a massive amount of money in exchange for the party nomination.

According to a report released by SHUJON, 182 businessmen were elected as lawmakers in the 11th general election. This adds up to nearly 61.07 percent of the parliament’s total membership. The statistics show how the country is being depoliticized, with a gradual decrease in the number of politicians in the Jatiya Sangsad.

Besides, such de-politicization has an impact on local elections and the entire political system. On October 12, 2015, the cabinet decided to hold local elections on a partisan basis. The decision sparked hype among the local powerful including the business leaders, who began to demonstrate their commitment to the political party and eventually attempted to get involved in local politics. Furthermore, the entire plot wreaked havoc on local politics as a whole. Since then, there has been a significant increase in violence, particularly during the local elections.

The attempt to win the party nomination has increased dramatically as a result of the restoration of partisan local polling. Those who failed to win the nomination decided to run as rebel candidates, claiming to be the true representatives of the party. Only in Awami League the number of rebel candidates in the November 11 elections was 691, compared to the 848 seats up for grabs—that is, 691 members of the ruling party who did not receive a party ticket and therefore decided to run as independent candidates. Despite Obaidul Qader's warning that the party would handle the issue of rebels with an iron hand, saying that rebels would not be appointed to any positions in the party or be nominated, it did not work entirely.

The current trend of such competence may create the impression that democracy is in full swing, but the reality is quite different. One of the major reasons for the revels' increased participation is the absence of an opposition party in the electoral process. The opposition has long criticized the election commission's efforts for failing to create a free and fair environment in the polling system. Furthermore, the opposition has very little space in which to run an election campaign. Harassment, slapping, threats, and enforced disappearances have all been documented, preventing them from participating in the electoral process.

The absence of an opposition party, on the other hand, could not contribute to a peaceful election environment. Instead, the race between the party's nominated candidate and the rebel candidate increased violence on a larger scale. During the 2016 local elections, we witnessed some of the most heinous acts of violence ever seen. According to Democracy Watch, 89 people were killed in pre-election and post-election violence, with 53 killed on the election day. At least 60 of the 142 deaths were the result of factional fighting. The frequency of clashes has also increased in recent years. Before, during, and after the first two phases of the polls in 2021, at least 45 people were killed and hundreds were injured.

Furthermore, violence in local politics does not occur solely in the walk to local elections. Apart from electoral reasons, there is evidence of clashes and killings in local politics. The top reasons for the implication of existing violence are the establishment of supremacy over any particular area, the distribution of extorted money, and inclusion in the party committee. The recent assassination of Cumilla City Corporation Ward Councillor Syed Ahmed Sohel and his associate Haripada Das is the latest example of such violence. Conflicts within the ruling party in Bashurhat, Noakhali between existing Mayor Mirza Qader and his opponent provide another tone to the statement.

The state of a country’s political environment is a barometer of its democracy. Similarly, an inclusive electoral system requires a smooth and participatory political process. On top of that, local government system is regarded as the heart of every democratic country. The high level of violence during local elections does not work particularly well for party politics or for the future of politics. It generates controversy during the polling process, fosters distrust of local representatives, and thus deteriorates the local government system's functioning.

Under such contexts, the involved party bears the primary responsibility. In order to win the party ticket, having experience at the grassroots level should be considered a necessary precondition. The procedure for enrollment to the party committee should be developed based on prior affiliation with the party, with a focus on transparency. Additionally, the election commission's primary responsibility is to ensure an impartial and inclusive electoral environment. They simply cannot get away with using the word "embarrassed" in reference to UP poll-related violence under any circumstances.

Finally, political parties should ensure that politics is on the right track by placing politicians at the top of the priority list. Furthermore, the election commission must guarantee that the electoral process is favorable to everyone who wishes to stand for election.

The writer is a Research Assistant, 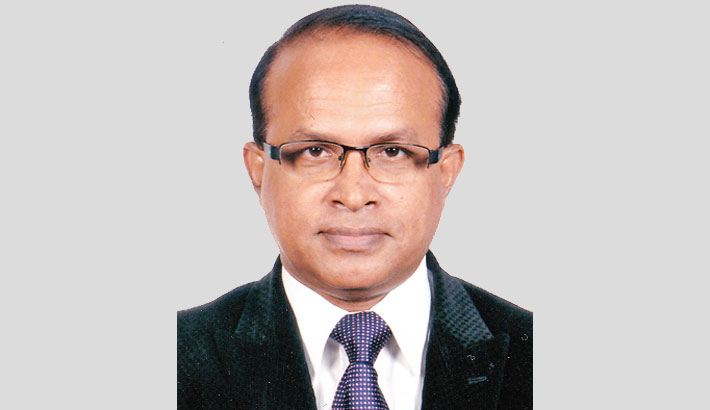