Malaysia pull out from the tournament

Bangladesh national hockey team’s interim Malaysian head coach Iman Gobinathan Krishnamurthy said that he couldn’t promise any big results in the upcoming Men’s Asian Champions Trophy, however, he confidently said that his players would give their 100 percent for the team.

“We didn’t play any matches for the last three years while Japan have played 100 matches and India have played more than 100 matches. Korea and others have played some matches, but we never played at all,” Gobinathan told The Daily Sun on Sunday.

“We are so behind them, even our ranking is also after 30. They are very strong teams, I can’t promise any big results. The only thing I can promise is that all the players will give their 100 percent for Bangladesh,” the Malaysian said. 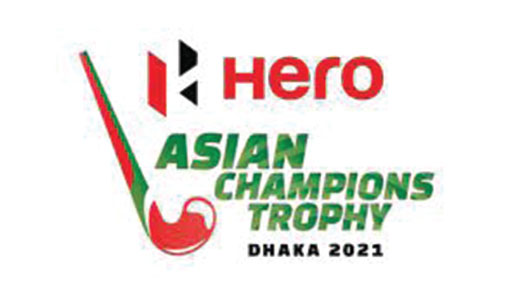 Krishnamurthy further said that a two-week camp was not enough for preparations; even the tempo of the domestic league (Premier Division League) also didn't meet the international standard.

“We got just 10 days for preparation. But I did the best I could do from my side. I tried to improve their fitness as much as I can within this short time. They didn’t play for a long time, they just showed their fitness during the league. I didn't have enough time to do a fitness program with them,” he further said.

“We didn't know the tempo of international hockey. Japanese are fast because they have been playing international hockey -- Olympics, World Cup. Our premier league is slow, our players are slow. In the first quarter of the practice match against Japan, the boys failed to understand the tempo, the game became so fast and we conceded goals,” he added. 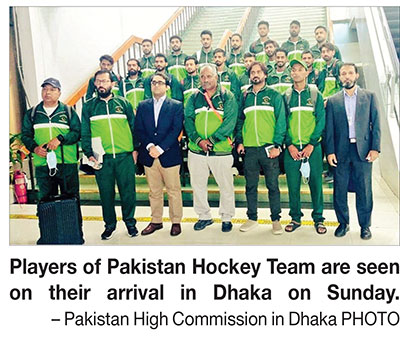 Bangladesh lost to Japan by 4-1 goals and Pakistan by 3-1 goals in both practice matches. Meanwhile, the hosts, who are for the first time taking part in Asian Champions Trophy, are expected to start the campaign against Malaysia on December 14. But the visitors pulled out of the event due to a COVID-19 case in their squad.

However, the hosts will start their mission against India on Dec 15, and then they will play against Korea, Japan and Pakistan on December 17, 18 and 19 respectively in the round-robin group stage of the main event.

Bangladesh already finalised its 20-member squad with several new faces. The coach informed that he would mainly take a defencive approach against their upper-ranked opponents during matches, so the squad mainly consisted of defenders and midfielders.

“I will mainly take defensive strategy but the strategy may be changed as per the game tempo. Actually, I mainly focused on defenders and midfielders for forming the team. We are not on that fitness level to play attacking, so I mainly put defenders in the team,” he said.

“Milon and Khoushik are injured, so I gave them some rest. Hopefully, they can play next year. Asim didn’t play in the league while Nippon and Biplob played 20 matches. Also, I tried to take away pressure from some senior players, so I made Ashraful as captain for the team,” he concluded.