Housewife tortured by ‘UP member’

BAGERHAT: A 30-year-old Bagerhat woman was garlanded with shoes and then tortured by a UP member with a bamboo stick accusing her of having an extramarital affair with a close relative.

The inhuman incident came in the limelight as a video of the vicious assault has gone viral on Facebook.

Villagers said the incident occurred at Singati village in Mollahat upazila of Bagerhat and the video was uploaded on social media the following day.

Kawsar Chowdhury, member of Ward No 1 of Chunkhola Union Parishad, was said to be the man beating the woman.

The video shows another man who was whirling the helpless woman while Kawsar was beating her with a bamboo twig encircled by onlookers.

According to her neighbours, the ill-fated housewife lives alone with her four children at the village as her husband is a migrant worker.

On Tuesday morning, the UP member along with his cohorts went to her house and verbally abused her alleging that she has an illicit relation with her daughter’s father-in-law.

The UP member and his abettors then garlanded her with their shoes and tortured her, witnesses said.

Shocked by the incident, the woman had left the village to take shelter in an unknown place. She later came back and accused Sarwar of harassing her viciously. The housewife also blamed some of her neighbours for the attack on her.

She alleged that they also snatched her gold ornaments she was wearing and a cell phone set worth around Tk 95,000.

The woman told on Wednesday that she demands exemplary punishment of those who tortured and humiliated her.

Somen Dash, officer-in-charge (OC) of Mollahat police station, said he saw a video footage of the woman garlanded with shoes and the issue was going to be resolved as she informed the police station in writing that she does not want to file any complaint against anybody right now.

Accused UP member Kawsar told local journalists that the father-in-law of the woman’s daughter often visits her. “Some of her neighbours informed me after seeing them in a compromising position in her house,” he said.

He, however, claimed that some children of the village garlanded her with shoes but confessed to beating her twice with a bamboo twig.

Mollahat Upazila Nirbahi Officer (UNO) Md Wahid Hossain told on Thursday, “I’ve sent upazila assistant commissioner (Land) and women’s affairs officer to the woman’s house after seeing the video but she was not found there.”

He said what happened to this woman was a criminal offence and police were asked to take action after contacting her.

“Administrative measures will be taken against the UP member if the allegations brought against him are proved correct.” said the UNO.

In Bangladesh, women and girls are facing growing violence in every stage of their lives as society thinks it is not that much of a serious issue.

According to a report of Human Rights Watch, this crisis comes as Bangladesh enters the final phase of its national plan to build “a society without violence against women and children by 2025.” 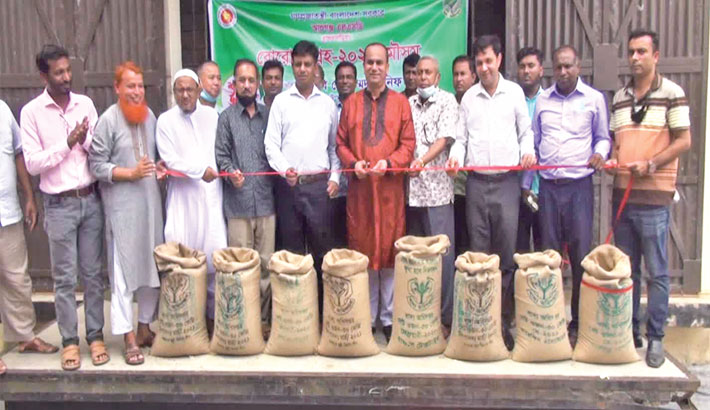