The International Anti-Corruption Day is observed by the UN member countries all over the world on 9 December every year since 2005. The purpose of celebration of this day is to raise awareness of corruption as well as to combat and prevent it in order to promote resilience and integrity at all levels of the society. Though the UN General Assembly adopted the ‘UN Convention against Corruption’ on 31 October 2003 (resolution no. 58/4), it entered into force in December 2005.

The said Convention states that corruption poses threats to the stability and security of societies, undermines the institutions and values of democracy, ethical values and justice and jeopardize sustainable development and the rule of law. The Convention has, therefore, been delegated the power to promote and strengthen measures to prevent and combat corruption more efficiently and effectively ……promote, facilitate and support international cooperation and technical assistance in the prevention of and fight against corruption…… [and] promote integrity, accountability and proper management of public affairs and public property.

This day is celebrated by governments, private sector organisations, non-governmental organisations, politicians, social and cultural organisations, media and citizens around the world. They organize events to engage people to effectively fight against corruption existing in our societies. However, due to Covid-19 pandemic situation, this year’s celebration might not get usual day-long programmes with much public gatherings, processions or meetings like before.

It is difficult to say when exactly corruption had started its journey in the human society. Might be it was an occasion when someone became greedy to gain something, whether it was money, wealth, power or any personal wish, through a dishonest or illegal way. The concept of the word ‘corruption’ is explained by social scientists as ‘behaviour which deviates from the norms and duties governing the exercise of public role or office for private gains’ and ‘the abuse or misuse of public offices for personal gains.’ Once such practices had started spreading all over the society, corruption came into being with its own identity. Since then, corruption has been affecting the countries of the world by corrupting people’s morale framework, like honesty and integrity. At some point, honesty started disappearing from the society, and as a consequence the societyslowly became the playground of the corrupted people. Even the honest members of the society feared to challenge the power of the corrupted people who, in fact, took the stearing of the society. This scenario still prevails, fully or partially, almost in every country of the world.

Undoubtedly, corruption is one of the biggest tragedies of humankind and it is extremely difficult to combat due to the fact that people involved in the process are very powerful. Not only the government officials, but other members of the society, like politicians and people’s representatives, do this practice now using their position. Whoever are the corrupted persons, ultimately the people and the country are the sufferers.

Corruption does not only destroy a person’s morality, but it can seriously affect the social, political and economic norms and ideals of the entire society. It undermines a country’s democratic framework, government performances as well as its economic development. A country, having corruption and known to the world people, cannot attract foreign direct investment; even its small entrepreneurship suffers a lot to flourish. Honestly speaking, corruption washes away peace and happiness from the society. The suppression and oppression evolved from corruption are immense and multiform. It contributes a lot in increasing inequality and injustice in the society. Nonetheless, corruption is so deeply rooted in our society that it would not be very easy to uproot.

It is our responsibility to fight against it as corruption is destabilizing our normal livelihood by stealing away the wealth and resources of the country. The entire globe is going through the Covid-19 crisis since last year. Even, in this pandemic, we have to hear the news of corruption. That’s why, the 2021 International Anti-Corruption Day seeks to highlight the rights and responsibilities of everyone, governments, civil servants, law enforcing agencies, media, private sector, civil society, academia, and the people-old and young- in tackling this deadly disease of corruption. Every single person of our society should come out crossing all barriers to participate together in the fight against corruption.

Corruption is so widely practised in Bangladesh that it is known to its every citizen whether one is living in the urban or rural area. We know that the corruption practiced by our people madeBangladesh to retain its position among the top corrupted countries in the world in thepast few years. However, the position is graduallyimproving every year due to the measures taken by the government against corruption.We appreciate the government for adopting a zero-tolerance policy against corruption as well as allowing the Anti-corruption Commission to work independently and neutrally.

It is true that corruption has already infected our mindset and as such has become a normal behaviour of our people. This is a cancerous disease that has reached at the last stage. To be cured, we have to find out the remedy, the exact medicine as well as the mode of application. Considering the severity, we must apply such medicine that would relieve us permanently. We believe, our government is well aware of the situation and has its own plan and ways to eradicate corruption from thecountry. But the government should recognize that the progress we have by this time in eradicating corruption is neither much satisfactory nor encouraging. It might lack sincerity, willingness, commitment and honesty of the people engaged in implementing the mechanism of government’s zero-tolerance policy. The reason, on the other hand, might also be the lack of authorityof the concerned institution. Of course, political will counts a lotto uproot this virus from the soil of Bangladesh. The people should also raise their voice against corruption and extend their cooperation to the government in its fight against corruption. At the same time, exemplary punishment should be ensured to the culprits. We do not want to see Bangladesh a breeding ground for corruption any more.

There is no way to deny that Bangladesh could develop more than what it is now, if corruption could have been brought to zero level or at least to a tolerable level. An economist could calculate exactly how much money and wealth our corrupted people have already put in their pockets from our national account. Corruption hampers not only country’s overall development, but paralyses country’s economic movement. On this day, can’t we assure the government that we will say a very big “NO” to corruption? The government might also consider taking up effective awareness and motivation programmes, using sophisticated technology-based monitoring tools in those sectors which are the hunting-grounds for corrupted people. Our Anti-Corruption Commission should also be empowered with full authorityand obviously, to work without any political interference. We hope that the present government headed by Sheikh Hasina will put their maximum efforts to make Bangladesh a corruption free country with its graduation to a developing nation. We wish that through celebration of International Anti-Corruption Day, one day, we will be able to free the world, including Bangladesh, from the curse of corruption. 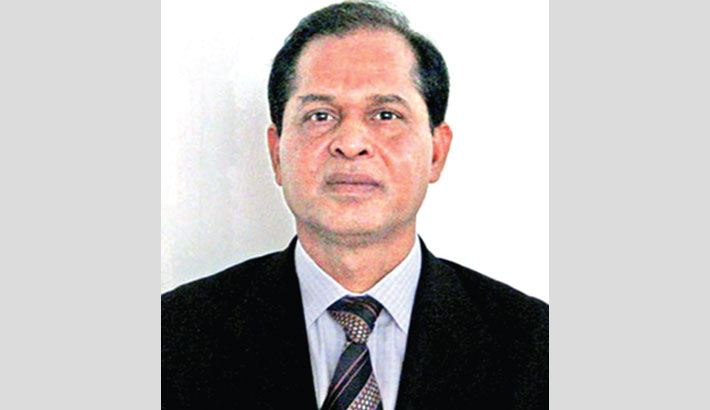