Bangladesh were left in deep trouble after Pakistan off-spinner Sajid Khan claimed a maiden five-wicket haul on the penultimate day of the rain-marred second and last Test in Mirpur on Tuesday.

Sajid picked up career-best 6-35 to reduce the hosts to 76-7 in 26 overs in their first innings after Bangladesh batsmen showcased a terrible batting performance on the fourth day at the Sher-e-Bangla National Stadium.

Bangladesh will still require another 25 runs to avoid follow-on and experienced Shakib Al Hasan is the only recognised batsman they have in the middle, who finished the day on an unbeaten 23 while Taijul Islam remained not out on zero. Pakistan earlier declared their first innings on 300-4 an hour into the post-lunch session after Fawad Alam and Mohammad Rizwan made unbeaten 50 and 53 runs respectively.

Bangladesh got off to a devastating start in their innings as they lost debutant Mahmudul Hasan Joy in the third over of their innings after he was caught at slip off Sajid.

Thus Mahmudul became the 24th Bangladeshi cricketer to get dismissed on duck in his Test debut. 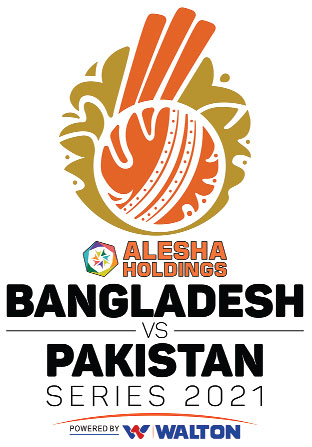 Shadman Islam followed his new partner soon as he became Sajid’s second victim after making just three runs while skipper Mominul Haque was run out by Hasan Ali on one to leave Bangladesh tottering at 22-3 during the tea break.

Experienced Mushfiqur Rahim was the next man to get dismissed on five by the same bowler after he tried to play a foolish slog-sweep only to be caught at the mid-wicket area.

The visitors, who resumed on 188-2 after only 63.2 overs of play were possible in the first three days because of rain and bad light, lost Azhar Ali on 56 in the second over of the day off pacer Ebadot Hossain.

The wicket came during his 418th delivery in Test cricket, second-most after England left-arm pacer Len Hopwood who took the highest 462 deliveries to get his maiden Test wicket.

Rizwan was given out twice, on zero and 12, off the bowling of Ebadot and Taijul Islam respectively, but on both occasions, he survived on review and he then put up an unbroken 103-run stand with Fawad before the visitors made the declaration in the first innings.