The United Nations declared December 9 as the International Genocide Day. Sixty-seven years after the 1948 UN Genocide Convention, it was decided to observe the International Day of Genocide internationally from 2015. As per the decision, the day is observed to commemorate the victims of genocide in different parts of the world and to help develop responsible behaviour to prevent such crimes. The need to observe International Genocide Day after six decades from 1948 indicates the failure to achieve the desired success in preventing global genocide and establishing a world with humanitarian responsibilities. The decision to observe the day globally was taken given the growing trend of genocide or crimes against humanity and the goal of building a humane and responsible world to prevent such crimes.

Until the declaration of Genocide Day by the United Nations in 2015, no significant initiative was observed in Bangladesh regarding the 1971 genocide committed against the Bengalis. In 2017, two years after the declaration of the International Day of Genocide and 47 years after independence, the government of Bangladesh finally declared March 25 as Genocide Day. This is, of course, a matter of hope. To date, however, the pressure to convince the international forum to recognise the genocide of 1971 has not been visible. Although there has been a lot of discussions in the international arena about many other genocides (older and newer than 1971), the relative silence or indifference toward the genocide of 1971 is disappointing for the Bengali nation.

In November 2018, I participated in an international conference on ‘Form of Genocide Across the Globe: Challenges, Response and Accountability’ organised by the Department of Ethnic Studies of California State University in Sacramento, California. After witnessing hundreds of articles on countless genocides in different parts of the world, I realised that it is not too late to hide the memory of the 1971 genocide in Bangladesh despite the brutality and required evidence. Although the government took initiatives in 2017, no effective steps have been taken in recent years towards recognising the genocide of 1971. This realisation is the main impetus of the present writing.

Among the notable genocides that have occurred worldwide, the Armenian, Jewish, Tutsi, Rwandan, Bosnian genocides, etc., are internationally recognised. Even the recent atrocities against the Rohingya in Bangladesh’s neighbour Myanmar are widely discussed globally, which is currently pending in the International Court of Justice. However, the atrocities committed against the Bengalis by the Pakistani military junta in 1971 have not been recognised as genocide. 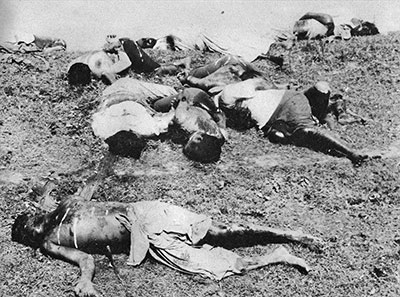 While the freedom-seeking Bengalis were preparing for autonomy of the erstwhile East Pakistan, the Pakistan Army launched a surprise attack on Bengalis at various places in Dhaka on the night of March 25, 1971, and killed hundreds of Bengalis. It was impossible to determine precisely how many people were killed that night (more than 50,000). In order to hide the atrocities, the Pakistani army interned a lot of journalists, sent foreign journalists back, and obstructed the movement of people in Dhaka city.

Immediately after the attack, the armed struggle for independence of the Bengalis started on March 26. The bloody war lasted for nine long months. About three million Bengalis were killed in that war, and more than 200,000 women were raped and sexually abused. This is not the end. When the Pakistani forces were on the verge of surrender, Bengali intellectuals were selectively killed on the nights of December 13 and 14 in an attempt to make the nation incompetent. However, two days later, on the afternoon of December 16, the Pakistani forces were forced to surrender formally, the victory of the Bengalis was assured. A new country, Bangladesh, was born.

But during the nine-month war, before the birth of the child named Bangladesh, the sacrifices and sufferings of the Bengali mother, the unprecedented pain, gradually faded away with the joy of birth. Although the victims are commemorated on different national days each year, the lack of necessary initiatives to recognise the most brutal genocide in the history of the world is evident in the domestic and international arena. Although some organisations, including the Ekattorer Ghatak Dalal Nirmul Committee (Ghadanik), have been vocal in this regard, the lack of expected initiative from the government authorities cannot be denied, until recently.     Notwithstanding, the 1971 genocide was not internationally recognised or observed, international organisations have recognised such atrocities as genocide in other parts of the world (Rwanda, Cambodia, Rohingya). The atrocities committed by the Pakistani forces against the Bengalis as defined by the United Nations Convention on Genocide (Article 2, 1948) are undoubtedly the most heinous genocide. The Convention mentions five main features: Killing members of the group; causing severe bodily or mental harm to members of the group; Deliberately inflicting on the group, conditions of life calculated to bring about its physical destruction in whole or in part; Imposing measures intended to prevent births within the group; Forcibly transferring children of the group to another group. A crime can be identified as genocide if any one of these five elements is present. In this case, numbers or quantity is not the main consideration. Even if the numbers are taken into account, the 1971 genocide is one of the major ones. Although the birth was not directly interrupted in the 1971 genocide, the anarchy that continued across the country was highly unsafe for expecting mothers and babies.

Moreover, many pregnant women have been sexually abused, raped and countless children have been brutally murdered. In addition to all the elements as defined by the 1948 Convention, the brutality of 1971 was accompanied by the brutal sexual abuse of two million women. Rape has been used as a weapon by pro-Pakistan extremists. They have also forcibly converted many non-Muslims. They also deliberately attempted to make the nation incompetent by killing Bengali intellectuals. All these atrocities prove one of the most heinous genocides in the history is the Pakistani atrocities in 1971. That is to say, both in terms of numbers and the level of horrors, the Pakistani genocide of 1971 is the ultimate crime against humanity, denial of which is nothing but the mockery of history.

In addition to the UN Convention on Genocide, the ten stages (classification, symbolisation, discrimination, dehumanisation, organisation, polarisation, preparation, persecution, extermination, and denial) of genocide as described by the famous genocide expert Gregory Stanton (1996), prove that Pakistani atrocities against Bengalis was a brutal genocide. The 1971 genocide was carried out through a systematic campaign where millions of Bengalis were killed, including young children and the elderly. The Pakistani forces committed rape and sexual violence against millions of women and girls; millions of Bengalis have been physically and mentally retarded; one crore Bengalis became refugees; countless children lost their parents (most of them were killed), and many raped women gave birth to war-babies. Many Hindus (especially women) were forcibly converted. Thus, they started the genocide with classification, carried out atrocities through dehumanisation, persecution, extermination, and even after defeat, they have consistently denied their misdeeds.

From the perspectives of the UN Convention (1948), Gregory Stanton’s analysis (1996), and the major theoretical orientations, it can be evidently claimed that the 1971 atrocity was a brutal genocide compared to any other contemporary ones. Despite all the evidence, even after half a century, the failure to recognise this brutal genocide is the failure of the international organisation, which is committed to reducing crimes against humanity worldwide. Based on historical and authentic information, it can be claimed that the atrocities waged against the Bengalis in 1971 were more acute than the Rohingya genocide committed in 2017. The whole world, including the UN, has praised Bangladesh for providing shelter and assistance to the Rohingya victims of the genocide in Myanmar; however, their concern regarding the 1971 genocide in Bangladesh is paradoxically reluctant. Like the government authorities, the non-governmental organisations have not been seen to be very vocal in recognising and prosecuting the 1971 genocide.

Exceptionally, though, the Nirmul Committee has raised the issue since the early 1990s. Despite having more than 150 universities in the country, only Dhaka University has a center for genocide studies that has been functioning for the last decade. The significance of recognising genocide internationally or domestically is to honour the victims of genocide with dignity and to keep the present world free from such crimes against humanity. If the victims are not given due respect with proper recognition, then the birth and existence of the nation become disrespectful. It is not wise to be complacent merely with victory in the liberation war. Recognition of genocide and its justice is undeniable if the spirit and authentic history of the liberation war is presented to the future generations. Just relying on memory is not enough. Because memory does not last long, it may become distorted over time, even lost. Therefore, it is equally important to rejoice in the victory of the war of liberation or freedom and ensure justice to history. There is no alternative to recognising and prosecuting genocide perpetrators in order to sustain history, respect victims of atrocities, and prevent future recurrence of such crimes. If justice is not ensured, the opportunity to create various criminal activities, including oppression of minorities, remains open.

With the liberation from two hundred years of colonialism, the true face of post-colonial Pakistan was revealed. The Pakistanis have been trying their best to suppress the Bengalis’ movement for independence since the partition. When the misrule of the Pakistanis became unbearable, the Bengalis, under the leadership of Bangabandhu Sheikh Mujibur Rahman, were striving for an independent Bangladesh, at that juncture, the sudden genocidal attack of the Pakistani forces on the Bengalis defeated all past barbarism. Ironically, the 1971 genocide was instrumental in creating another Muslim-majority country 25 years after the partition of 1947. On the one hand, it is indicative of the most brutal massacre of the Pakistanis; on the other hand, it is one of the most potent stimuli for the all-out liberation war of the Bengalis. Therefore, genocide is very significant as an integral part of the liberation war of Bangladesh. Indifference to the recognition and justice is disrespectful to the victims of the genocide as well as the history.

If the 1971 genocide remain unrecognised globally and the killers are not brought to justice, the history of the liberation war is likely to be shattered. The real freedom fighters may be marginalised in society dominated by the anti-liberation cliques. This is neither impossible nor new in Bangladesh. This trend is observed in Bangladesh due to the failure to reach an accepted position on many issues of the liberation war, including non-recognition of genocide, non-trial of all identified killers, and lack of a valid list of freedom fighters and collaborators (rajakar) in the 1971 war. In order to prevent anti-war spirit, war criminals must be identified appropriately and brought to justice.

The current government has already ensured the punishment of a few identified criminals directly involved in crimes against humanity in the war, which is certainly a positive development. On the other hand, while the country has been observing Genocide Day since 2017, it is expected that the concerned authorities will continue their efforts to show due respect to the victims of the genocide by taking appropriate steps for international recognition of this heinous genocide.

Already half a century has passed since the genocide, and Bangladesh has also entered the silver jubilee of independence. In such a situation, the concerned authorities must take immediate and effective steps to recognise and prosecute the genocide, unrecognised in the international forum so far and ‘forgotten’ at the local level. 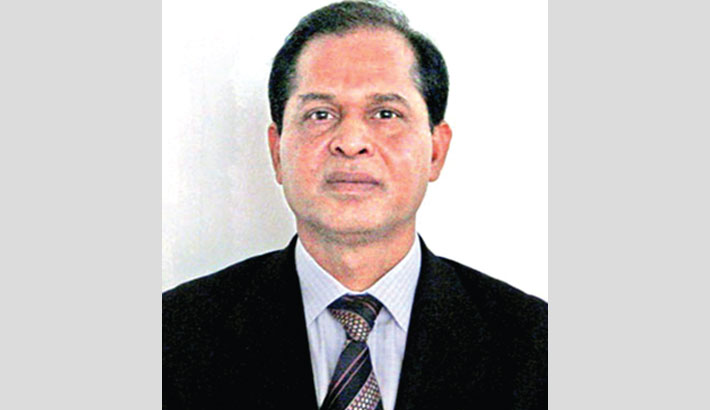