KOLKATA: Heavy rainfall triggered by the remnants of Cyclone Jawad has caused a large-scale damage to standing paddy and other crops, which were nearing their harvest, in the southern districts of West Bengal and various coastal districts of Odisha, even as authorities in both states ordered damage assessment, reports Hindustan Times.

Even though the cyclone lost its steam while still over the Bay of Bengal, it triggered heavy rains it coastal districts of both the states.

The cyclone weakened into a low-pressure by Monday and was expected to move towards Bangladesh, while weakening further, according to the India Meteorological Department (IMD).

On Monday, the Odisha government directed all district collectors to furnish report on losses suffered to the standing crop in their respective districts. Minister for revenue and disaster management Sudam Marndi said he has sought damage assessment reports from all district collectors. “After a review on the damage caused due to the rainfall, financial aid will be provided to the affected persons as per the relief code norms,” said Marndi.

Though Cyclone Jawad weakened into a low-pressure, it triggered heavy rainfall in the southern districts of West Bengal, particularly those in the coastal regions, since Saturday. “Till around 8.30 am on Monday, many places in south Bengal received more than 100 mm rain in the last 24 hours. Kolkata received around 70mm rain,” said an official of the regional weather forecasting centre in Kolkata.

West Bengal agriculture department secretary OS Meena said the state authorities had issued an advisory well in advance, on November 30, to harvest the paddy crops. “Most of the paddy crops that were mature have been harvested. Those who had not planted the potato tubers were asked to delay the process by a week at least. We are taking stock of the situation, but the crops are insured,” Meena said.

The heavy rainfall came at a time when the paddy crops were on the verge of harvesting and several farmers had planted potato tubers.

“I had suffered extensive damage when Cyclone Yaas hit in May this year. Saline water from the river had gushed into the village killing all the crops. Thereafter, I grew salt tolerant paddy. They were almost ripe and were on the verge of being harvested. But the rains ruined it all. I could save only around 25% of it,” said Gunadhar Patra, a farmer in Sandeshkhali in North 24 Parganas.

After Yaas in May 2021, around 1,200 MT of salt-tolerant paddy seeds were distributed in the three coastal districts — East Medinipur, South 24 Parganas and North 24 Parganas. More than 38,000 farmers would have befitted from the seeds had they yielded paddy.

But several farmers had complained that most of the crops got damaged, even before they could be transplanted, as heavy rains battered the districts of south Bengal in July-end, resulting in floods in some districts.

“I had planted potato tubers just around a week ago. But the field is now under water because of the heavy rains. I would incur heavy losses this time. Untimely rain has cost us dearly,” said Nikhil Roy, a farmer in Gosaba block of South 24 Parganas.

Farmers in Ganjam, Gajapati, Jagatsinghpur, Khordha, Puri, Bhadrak, Balasore, Jajpur, Kendrapara and Cuttack districts tried hard to save their paddy crop, but could not harvest in time.

“I had harvested paddy over four acres of land, but could not take it from threshing yard. The entire paddy has turned soggy,” said Arun Jena, a farmer from Balasore. “This year we started paddy crops late due to delayed rains, but now everything is gone.”

Farmers in several areas were struggling to drain out the rainwater from the cultivated areas on Monday.

Golekh Bihari Sahoo of Banki area in Cuttack district said he tried hard to save his standing paddy crop submerged in the rainwater. “The paddy will now start stinking,” he said.

Paddy was cultivated in over 3.5 million hectares across Odisha in 2021 kharif season.

Vegetable farmers have also suffered heavy losses due to the rains.

Prakash Behera of Pipili block in Puri district said the cauliflowers that he had cultivated in his acre of land, were damaged. “I resorted to distress sale of some of my cauliflowers. I had to sell the cauliflowers at ₹3 per piece,” he said.

A 57-year-old farmer in Ganjam district’s Uluma village allegedly died by suicide after consuming pesticides on Sunday, after standing paddy over his two-acre field were inundated. 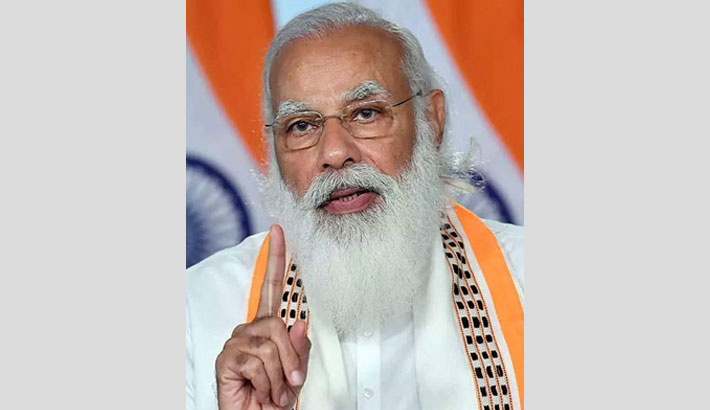