Saif ruled out of second Test

Both Bangladesh and Pakistan Test squads returned to Dhaka from Chattogram on Wednesday to play the series-concluding second Test at the Sher-e-Bangla National Stadium in Mirpur, scheduled from December 4.

Ace all-rounder Shakib Al Hasan, fast bowler Taskin Ahmed and uncapped Mohammad Naim were expected to join their teammates on the same day after all of them were added to the squad for the last Test following their eight-wicket defeat in the series opener at the Zahur Ahmed Chowdhury Stadium.

Shakib, who was in the squad for the first Test, was left out eventually after failing to recover on time from his hamstring injury while Taskin was ruled out at the eleventh hour following the injury that he sustained on his right hand during the last game of the three-match T20I series. 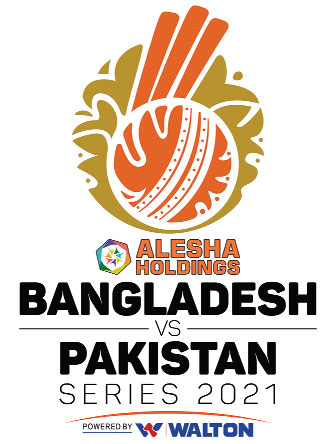 The Daily Sun understands that the team management is losing their sleep over the match fitness of Shakib after an email from their medical team stated that he’s yet to gain full match fitness which they assessed after receiving a test result.

Shakib, who is unavailable since Bangladesh’s fourth Super 12 match of the ICC T20 World Cup due to his hamstring injury, is however leaving no stone unturned to make him available for the series-concluding second Test against Pakistan.

The all-rounder began his preparation at his own MASCO - Shakib Cricket Academy from November 25 along with his childhood mentor Mohammad Salahuddin and afterwards began his individual practice at the Sher-e-Bangla National Stadium from November 28.

However, the inclusion of opening batter Mohammad Naim, who is the regular face in Bangladesh T20 side, raised quite a few eyebrows considering he last played a red-ball game in 2020.

Naim, who so far played six first-class games, earned a pair in his last longer-format game and wasn’t considered anywhere in the red-ball cricket since making his T20 debut.

The selectors and team management are at the receiving end following the announcement of the 20-member squad that came as a huge surprise to the cricketing fraternity of the country considering the numbers of squad members only suggested that they are yet to have a clear action plan for the second Test that is only two days away.

However, Bangladesh fielding coach Mizanur Rahman hinted that Naim might not get a chance to make his Test debut although opener Saif Hassan has already been ruled out of the match for typhoid and they have uncapped Mahmudul Hasan Joy in the side.

“I’m not sure who will open but what I understand Shadman Islam is the first choice and there is Joy among others and he really batted well in the national league and probably might get a chance,” Mizanur said on Wednesday.

“Shanto (Najmul Islam) batted well in Sri Lanka and probably will bat at three and hopefully they will handle the new ball better in Dhaka than what they did in the opening Test,” he said pointing his finger towards the opening Test that saw the host losing their top-order on both occasions before 20 overs.

Mizanur added that the return of Shakib and Taskin would also bolster their strength.

“We might get the advantage of the new ball with Taskin while Shakib is expected to share the responsibility along with Taijul and Miraz (Mehidy Hasan),” he said.